Women and the Subsistence Sector: Economic Participation and Household Decisionmaking in Nepal

Women work. In traditional societies they often work longer hours than men. But their contribution, much of it to housework and subsistence agriculture, has frequently been overlooked in development projects and planning. The repercussions of this neglect have been wide-ranging—diminishing efforts to raise household incomes, to encourage family planning, and to improve health, nutrition, and education.

In this contrast of two Nepalese groups similar in caste and income but culturally different—one Hindu, the other Tibeto-Burman—the authors examined the effect that women’s participation in the market sector has had upon their participation in household decisionmaking. The research, which combined quantitative survey methods with the collection of in-depth anthropological data, found that in the Hindu communities female labor was markedly concentrated in domestic work and subsistence production. In Tibeto-Burman communities, however, the women demonstrated a greater propensity to participate in the market economy.

Differences in the division of labor were reflected in differences in the women’s control over household decisionmaking. Women working in the market sector wielded greater influence in the household, presumably because their contribution to household income was measurable and they were more likely to control their own production assets.

The data reflected the major role women have in agricultural production and the need to restructure extension work accordingly. It also pointed to the long-term benefits, such as reduced fertility rates and increased female education, to be derived from expanding women’s roles beyond traditional house and subsistence work.

Decentralized Renewable Energy Development in China: The State of the Art

Amid the energy crises that dominated the past decade, both developing and developed countries made the search for alternate energy sources a major priority. On scale alone, China’s efforts warrant scrutiny, but its experimentation with a decentralized approach to energy development has attracted particular interest.

Drawing on Chinese sources, this study examines China’s achievements in the decentralized production of renewable energy, including biomass, small-scale hydroelectric plants, forestry, and solar and wind energy. These projects were mass-based and pursued through local efforts. Most were deployed in rural areas, where they were designed to alleviate shortages in traditional household fuels and/or provide energy for agricultural production.

It was the strengths of the Chinese system—its ability to achieve rapid popularization of technology through reliance on local funds, labor, and resources, and the integration of technology with local conditions—that first garnered international attention. The system’s problems were, until very recently, less obvious, but low technical performance, lack of regional and national coordination, and management difficulties at the local level have hampered the effectiveness of the program.

China, however, appears to have absorbed the lessons of the past decade. The emphasis now is on consolidating gains and addressing problem areas. While the local level remains the focus of development efforts, greater attention will likely be paid to effective planning and coordination, fundamental research, training programs for local people and assistance to the local level in applying technology, arranging for supplementary financing, supplying necessary construction materials, and purchasing equipment. There is evidence, too, of greater concern for the balance needed in the trade-off between low-cost technology and efficient, high quality technology, and between local innovation and standardization.

Restructuring of Manufacturing Industry: The Experience of the Textile Industry in Pakistan, Philippines, Portugal, and Turkey

This study looks at the restructuring efforts in four countries: Pakistan, the Philippines, Portugal, and Turkey. There, as in other developing countries, declining productivity and competitiveness have resulted from high protection, investment incentives that induced excessive capital equipment imports, and government intervention that frequently hampered innovation and discouraged change.

Restoring external competitiveness entails restructuring, investment, and technical assistance. Determination of those products and processes that retain a comparative advantage, and the steps needed to improve the efficiency and cost of the production units, are critical for restructuring. Restructuring decisions should, in turn, guide investment decisions. (Investment requirements are likely to be substantial—estimated at US$400-900 million for each of the countries over five years, though actual outlays may be considerably less.) In selecting participating firms and coordinating their needs with the objectives of the restructuring plan, the administering technical unit, usually the ministry of industry, plays a crucial role.

The experience of both industrial and developing countries suggests that there are certain conditions necessary for successful restructuring. These are (1) a general industrial policy of opening up the economy, rationalizing investment incentives, and reducing protection; (2) the ability of the government to formulate a feasible restructuring program; (3) a willingness to allow inefficient firms to be phased out; and (4) the presence of finance institutions that can locate and assist promising investment proposals, regardless of the industry in which they occur. In all cases the competitive drive of the market is essential in inducing adjustment and bringing industries to international standards of efficiency.

Copies of these publications are available from the Bank’s Publication Unit, P.O. Box 37525, Washington, DC 20013, USA 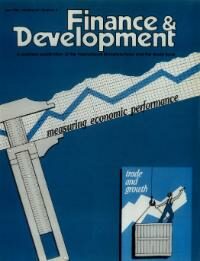