Water is both a boon and the bane of existence for the people of Bangladesh, particularly for those 600,000 persons who live in the Chandpur area about 90 miles southeast of the capital, Dacca. Without water they would not be able to grow their paddy, and yet floods in the rainy season can wash away their precious harvest.

An irrigation project assisted by the International Development Association (IDA) in Chandpur is designed not only to protect the area from the flood waters of the Meghna and Dakatia rivers but also to provide irrigation by maintaining the water level at all times, and particularly, during the normally dry winter months. IDA has provided a $13 million credit for the $48 million project, which is expected to be completed by the end of 1979.

Irrigation throughout the area has made it possible for farmers to intensify their production of rice and increase their yield through the use of better varieties. Now, too, they can grow wheat in the dry season. Before the project went into operation, rice production was approximately 68,000 tons a year. The 1978–79 harvest is an estimated 160,000 tons. And, by the time the project is fully developed in 1981–82 the area is expected to have an annual food surplus of 64,000 tons. Concurrently, the average farmer’s income is expected to more than double from the current level of $80 per annum.

The main feature of the Chandpur project is a 63-mile earthen embankment, that rings the area round the South Dakatia river and provides flood protection for 130,000 acres of land. At least 60,000 acres are being irrigated as part of this project, which includes a pumping station for regulating the flow of river water into the enclosed area and an outlet regulator that controls the flow of the Dakatia river into the larger Meghna river to the west. In addition, 1,500 low-lift pumps will supply water to land that was largely unirrigated before. Almost half of these pumps have been installed.

The success of the Chandpur project comes after what Bank officials call a poor start, due to war, natural disasters, and management problems. The project was redesigned in its early stages when it was discovered that the gravity scheme for irrigation involved the construction of canals on the high ground, the best agricultural land in the area. The design was changed to utilize and improve natural drainage channels and to use low-lift pumps to run water into the fields.

The irrigation component of the project is backed by agricultural extension work and the organization of the farmers into a cooperative society under the aegis of the Integrated Rural Development Program. This also includes the formation of groups to use particular pumps and the issuance of credit.

Bank experts also note the demonstration effect of the use of the high yield varieties of rice. Some farmers have been able to double or triple their production. Project officials are attempting to encourage them to meet with other farmers of the area so that the experience with better varieties and agricultural techniques is passed on. Farmers always have more interest and confidence in learning techniques from other farmers than they do from official extension workers. The results of the Chandpur project should make this process easier.

Figures in parentheses are the number of loans approved for the respective country.

With a $30 million IDA credit.

Figures in parentheses are the number of loans approved for the respective country.

With a $30 million IDA credit.

In its June 1972 issue, Finance & Development introduced the subject of remote sensing satellites (“Satellites and international resource development”). That article preceded the launching of the first earth resources satellite, ERTS–A (for Earth Resources Technology Satellite). Since then two additional satellites have been launched and remote sensing has become an important tool for planning and analysis by organizations like the World Bank. This article covers some major aspects of the Bank’s use of this new technology.

The World Bank and other international organizations that work with developing countries in their effort to make more and better use of their resources have been closely involved with the growth and development of remote sensing technology and its use for economic development. The Bank organized a seminar in January 1972 to provide a forum for discussion of the planned use of the first earth resources satellite. Since then the Bank has become a regular user of the data from such satellites.

A prime example of the Bank’s involvement in the remote sensing program is the publication of the Landsat Index Atlas of the Developing Countries of the World (1976). Landsat is the current name for the series of satellites formerly known by the acronym ERTS. To date, three satellites have been placed in orbit around the earth. Landsat 1 on July 23, 1972, Landsat 2 on January 22, 1975, and Landsat 3 on March 5, 1978. The launching of a fourth, Landsat D, is planned for 1981.

The images collected by successive Landsat satellites are listed in index form in the Atlas produced by the Bank. This atlas provides information on the imagery available up to May 1975, as well as the date of each image and the cloud cover. Information on the physiography and land use for the areas covered by the satellites can be used to update resource maps. An example of such updating is the Bank’s use of satellite remote sensing imagery to show the changes that have taken place in the Ganges-Brahmaputra river system in Bangladesh and in the land use patterns and forested areas.

Two Landsat satellites are at present operating in a near polar orbit, at an altitude of 920 kilometers (570 statute miles). (Landsat 1 is no longer in operation.) They circle the earth every 103 minutes, or roughly 14 times a day, employing an array of sensing devices, which include a multispectral scanner (an electro-optical sensor) and a return beam vidicon device (similar to television cameras) to send electromagnetic information back to earth. The information gathered by the satellites is converted by computers into a variety of products, which can in turn be presented as photographic images. The same area can be covered at the same time of the day every 18 days by the two satellites which are phased nine days apart. This continuity of coverage assures the possibility of a repetition of images that allows interpreters to follow changes in cropping patterns or flood levels of a river or the filling of a reservoir.

An important part of the agricultural and rural development work of the Bank relates to land use. The Landsat system makes it possible for the resource technician in the Bank to classify land use in a country and monitor changes over time with the aid of data gathered from the field. The field surveys are essential for the correlation and verification of the satellite data. This methodology was recently applied in the state of Orissa, India, where the differences between wet and dry season cropping patterns could readily be identified.

Agricultural statistics can be obtained when specific crops can be clearly identified on the satellite imagery. Other uses extend to surveys of forests and hydrologie resources, monitoring of environmental changes, the compilation of geologic maps, and even at times in the selection of transport routes.

Since 1972 the Bank has made frequent use of the images provided by Landsat satellites, often in conjunction with member countries where Bank projects are underway. Projects have been carried out in Africa (Kenya, Malawi, Morocco, Sudan, Upper Volta, and Zaire), Asia (Burma, India, Indonesia, Pakistan, and the Philippines), and a few in Latin America and the Near East.

The loan will have the guarantee of the Government of Brazil. It will have a term of 15 years, including 3 years of grace, at 7 per cent interest annually.

In the capital cities of Salvador (Bahia), Fortaleza (Ceará), and Recife (Pernambuco), the project will provide water production, treatment, storage and distribution facilities, and about 125,000 new house connections. Water supply systems in about 35 medium-size cities and 285 villages will also be constructed or expanded.

The project includes the extension of sewerage networks and disposal facilities in the capital cities and in about 20 of the major urban centers in the interior of the three states.

An estimated 61 per cent of the families benefiting from the water supply investments in the capital cities have incomes below the relative poverty level—that is, less than one third of the national per capita income, adjusted for differences in the cost of living between urban and rural areas. In rural areas the proportion of poor beneficiaries will be higher.

The International Development Association (IDA) has approved a $41 million credit to Sudan for a second highway project. The project, with a total cost of $51.7 million, will facilitate the transport and export of agricultural production and improve access to settled, but isolated, areas. It will also provide access to new areas of agricultural development; develop the organizational, planning, and technical skills of the Roads Department—particularly in highway maintenance, and provide detailed engineering studies for future priority roads. An earlier highway project, supported by an IDA credit of $7 million in 1972, provided the basis for this present project.

The IDA credit to Sudan is for 50 years, including 10 years of grace. It is interest free, except for a service charge of ¾ of 1 per cent annually to meet IDA’s administrative costs.

Under this project, a two-lane, 158 kilometer, bituminous surfaced road will be built between Jebel Aulia and Ed Dueim along the east bank of the White Nile, south of Khartoum. The Jebel Aulia-Ed Dueim road is expected to reduce vehicle operating costs and travel time significantly. Serving an area with 400,000 people and linked to important feeder roads, this trunk road will carry sorghum, groundnuts, sesame, and fish to Khartoum, and consumer and capital goods from the city.

Funds for the highway project will be used also to improve a ferry crossing and construct two ferries at Ed Dueim and a permanent weighbridge. Consulting services for the supervision of the Jebel Aulia-Ed Dueim road construction and for the detailed engineering of about 500 kilometers of selected priority roads will also be provided. The project includes technical assistance, office and workshops with equipment and tools, maintenance equipment, spare parts, and fuel. The engineering costs for the already completed Jebel Aulia-Rabak road and ferries are also financed under this project. 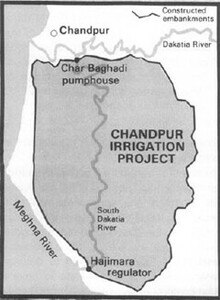 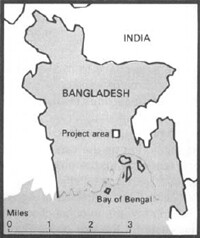