Since the time of the last report of the Executive Board on its gender diversity, profound changes have taken place globally, exposing wide social and economic disparities. The COVID-19 pandemic is not only a human tragedy, causing an immense loss of life, but also an economic shock like no other. Concurrently, in many countries, issues of racial inequality and discrimination are at the forefront of public discourse within governments, communities, private corporations, and public institutions – including the IMF.

At this current stage of acute social and economic stress, it is timely to reaffirm the importance and value of diversity and inclusion of all kinds, and the benefits that it brings, including broader perspectives, new ideas, enhanced decision-making, and stronger performance. The diversity of the IMF’s Executive Board, representing its 189 member countries, enables it to remain responsive to meet the needs of the membership at all times, including during the current unprecedented crisis. Nonetheless, the Executive Board continues to strive to better reflect its membership, through the inclusion of more women as Executive Directors and Alternate Executive Directors.

The objectives of the Working Group on Gender Diversity (WGGD) in the past year have been to raise awareness of the importance of enhanced gender diversity within the Executive Board and with member country authorities, and to encourage the selection of women to the Executive Board. It has, among other things, conducted outreach to its peers and engaged Executive Directors to work as advocates for gender diversity within their offices and constituencies, and provided information and materials to support discussions on the importance of increased gender diversity. The WGGD has also engaged management to support its efforts and has raised the aspect of gender diversity in the report to the Board of Governors on the Rules for the 2020 Regular Election of Executive Directors.

1. The 2019–2020 WGGD has focused its efforts on building a shared commitment to increasing gender diversity of the Executive Board in three key areas:

Engagement of the Executive Board

Engagement of the Membership

Support and Engagement with Management

Evolution of Executive Board Gender Profile

2. As previously reported to the Board of Governors, in 2016, the Executive Board adopted a gender diversity strategy which included setting voluntary targets for the number of women employed as Senior Advisors and Advisors in the Offices of Executive Directors. These targets envisaged that by 2020, 35–45 percent of Senior Advisors and 40–50 percent of Advisors should be women. As of end-August 2020, while some progress has been made in the four years since these targets were established, the targets have not been met.

3. For now, the WGGD considers that the current targets remain appropriate, but urges continued efforts toward increasing the number of women employed in the OEDs. As steady progress is made, the Working Group hopes it will be possible to increase these voluntary targets to 50 percent for both positions.

4. At the time of the last report to the Board of Governors on Executive Board gender diversity, it was noted that the Fund is lagging behind other comparator organizations. This remains the case. The number of women directors on the boards of the World Bank, the European Bank for Reconstruction and Development, and the Bank for International Settlements has increased over the past year.2 Across central banks, most have remained stable with the European Central Bank recording a slight improvement in the number of women.

6. Efforts to improve the gender diversity of the IMF Executive Board will require sustained focus over time, and broad recognition that attention to this issue is the collective responsibility of the membership. Every effort should be made to ensure that the trend moves upwards in future years. The WGGD’s outreach efforts seek to improve the trend over the long run, through continued engagement with authorities and by working to engage potential future women candidates by providing accessible, informative documentation on the benefits available at the Fund for OED personnel.

Preparing for the 2020 Regular Election of Executive Directors

The next regular election of Executive Directors will be conducted later this year, and the next term of the Executive Board shall commence on November 1, 2020 and conclude on October 31, 2022. The nomination of four women candidates represents a positive step forward.

8. The Executive Board appreciates and continues to encourage efforts by the membership to nominate women to these important roles. As stated in the Executive Board’s Report to the Board of Governors on the Rules for the 2020 Regular Election:

9. The Executive Board continues to actively consider whether institutional barriers exist that may discourage women from serving as Executive Directors and Alternate Executive Directors. The benefits of considering how the institution can better support women in the workplace may, indeed, yield broader positive impacts – a better work environment for all employees. For example, the recent Comprehensive Compensation and Benefits Review exercise, concluded in December 2019, included a new childcare allowance for all staff members with children under the age of five, irrespective of visa status, and enhanced, gender neutral parental leave benefits for all staff. The Board of Governors has approved the extension of these new measures to Executive Directors and their Alternates. Such measures are significant concrete steps that recognize the importance of supporting a good work-life balance as the Fund responds both to internal demographic change and the evolving needs of the membership.

12. The WGGD has also considered how to better support the recruitment of women by providing information to potential candidates about the resources that the Fund provides to its incoming personnel to help with family transitions. As part of its Communication Plan, the WGGD has requested development of a concise information sheet that could be shared with member country authorities, and in turn be made available to candidates for selection to OED roles, briefly outlining how the IMF is able to support family relocation to Washington D.C.

13. The ongoing efforts of the WGGD will focus on continuing to improve gender diversity at the Executive Board through stakeholder engagement and outreach, monitor progress against the objectives set, as well as review, determine, and address barriers to gender diversification for the Board and OED personnel. The WGGD will regularly report progress towards implementation of the strategy to the Executive Board, for referral to the Board of Governors.

There is currently one vacancy in the Alternate Executive Director position. 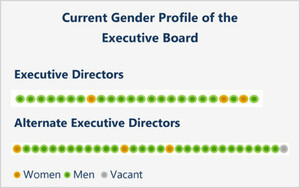 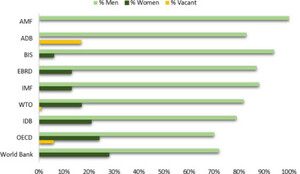 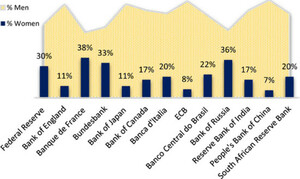 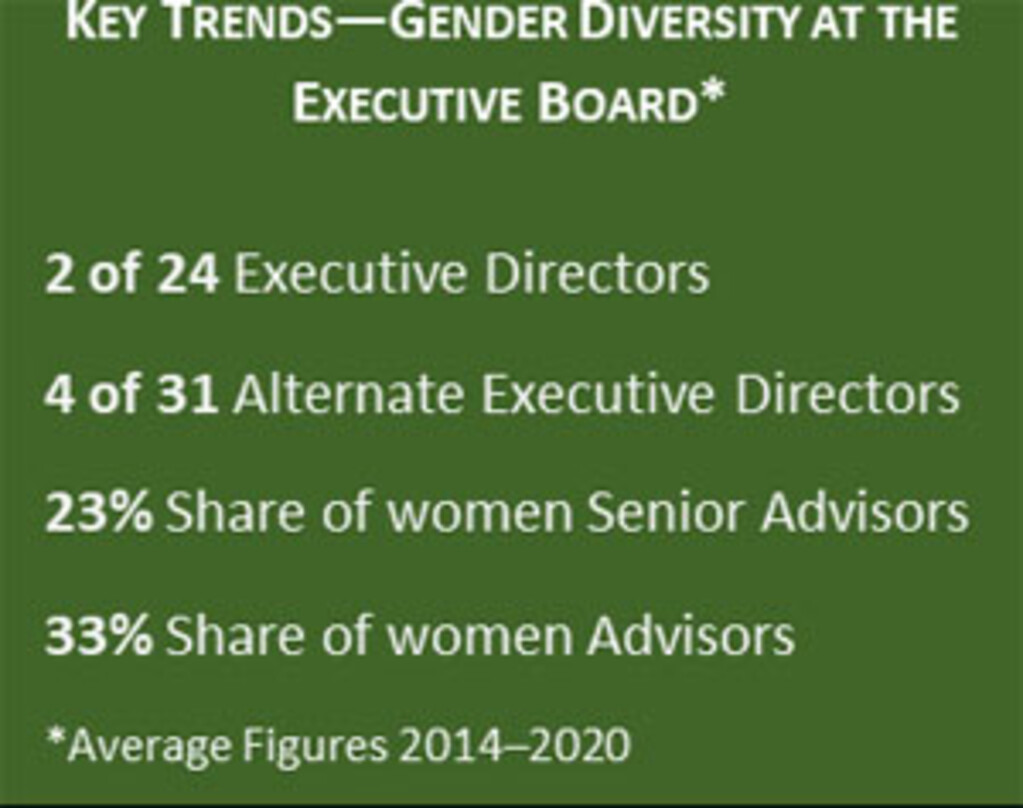 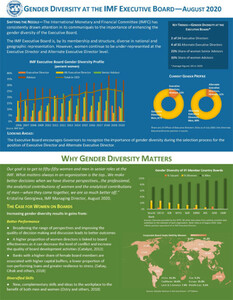