IMF staff regularly produces papers proposing new IMF policies, exploring options for reform, or reviewing existing IMF policies and operations. The following document has been released and is included in this package:

The staff report was issued to the Executive Board for information.

Electronic copies of IMF Policy Papers are available to the public from https://www.imf.org/en/Publications

Safeguards assessments activity was slightly lower in the past two years than in the 2015–2017 period. 15 assessments were completed during the period May 2017 to April 2019 and a further six were in progress at end-April 2019. This is lower than the 21 assessments completed and five in progress during the previous period from September 2015 to April 2017. This primarily reflects the decrease in new Fund programs with 19 arrangements approved in the current period compared to 24 arrangements in the previous period.

The risk profile of central banks assessed during the period was relatively high. While external audit has maintained a positive trend with steady improvements at central banks, challenges remain in the other four safeguards pillars, namely, the legal structure and autonomy, financial reporting, internal audit and the system of internal controls. A contributing factor was that more than a quarter of the assessments were either a first-time engagement or an update where the previous engagement was about a decade ago. Experience in such cases is that risk ratings are typically higher owing to the limited exposure with staff on safeguards issues.

There were no cases of misreporting of monetary program data during the current period. Misreporting cases reviewed by the Executive Board during the current period related mainly to breaches of program requirements on external arrears. The ex-ante nature of the assessments continues to proactively identify issues on monetary program data with regard to clarifying definitions and strengthening the compilation procedures.

Safeguards work continues to evolve in line with experience and other developments. Following the 2015 safeguards policy review, assessments have been adapted to provide for closer evaluation of governance arrangements and more comprehensive coverage of risk management functions at central banks. On the latter, consideration is also being given to risks emerging from Fintech initiatives and cybersecurity. In addition, the first-ever fiscal safeguards review was conducted during the period, and safeguards staff has been involved in the Fund’s recently adopted framework for enhanced engagement on governance to help assess central bank vulnerabilities. 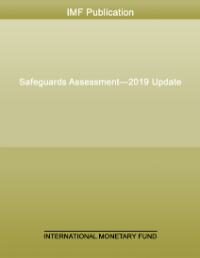