IMF staff regularly produces papers proposing new IMF policies, exploring options for reform, or reviewing existing IMF policies and operations. The following document(s) have been released and are included in this package:

Electronic copies of IMF Policy Papers are available to the public from http://www.imf.org/external/pp/ppindex.aspx

As a companion piece to the Board paper on Structural Reforms and Macroeconomic Performance: Initial Considerations for the Fund, this paper presents a selection of case studies on the structural reform experiences of member countries. These papers update the Board on work since the Triennial Surveillance Review toward strengthening the Fund’s capacity to analyze and, where relevant, offer policy advice on macro-relevant structural issues. The paper builds on the already considerable analytical work underway across the Fund, setting out considerations to support a more strategic approach going forward.

Countries’ reform experiences offer invaluable insights to help inform a more well-rounded approach to enhancing the Fund’s work on structural reform. In this context, the Fund is working to better leverage its country-based analysis and to share knowledge of cross-country reform experiences. For this paper, we examine six country cases: Armenia, Australia, Malaysia, Peru, Tanzania and Turkey. The cases cover a range of reform issues and experiences, with some focusing on longer-term reform efforts as part of a broader structural transformation and others focus on more concentrated reform episodes.

The experiences of these countries tend resonate with historical reform patterns and the analysis in the main paper, suggesting that sustained reforms typically coincide with periods of improved productivity and macroeconomic performance more generally. Moreover, these experiences hint at potential lessons for designing and implementing effective reforms, including the importance of strong ownership, the ability to sustain reforms, and the need for complementary macroeconomic and structural policies.

Prepared by Strategy, Policy, and Review Department, in consultation with area departments.

Country cases prepared by SPR, in consultation with Area Departments: 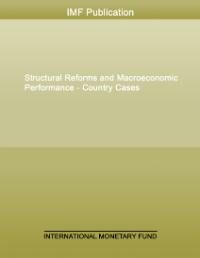