The IEO provides objective and independent evaluation on issues related to the IMF. It operates independently of IMF management and at arm’s length from the IMF’s Executive Board. The goals of the IEO are to:

The independent team of experts reviewing the IEO was led by Karin Lissakers, former U.S. Executive Director to the IMF and currently chief advisor to George Soros on globalization issues; Ishrat Husain, Governor of the Central Bank of Pakistan from 1999-2005; and Ngaire Woods, Director of the Global Economic Governance Program at Oxford University.

Executive Directors welcomed the opportunity to assess the effectiveness of the IEO’s operations since its creation five years ago, based on a concise and frank report prepared by an External Evaluation Panel. They thanked the Panel for its valuable efforts, and agreed with its main conclusion that the IEO has served the IMF well and has earned strong support for its work across a broad range of stakeholders. They also agreed that the IMF continues to need an independent evaluation office to contribute to the institution’s learning culture and facilitate oversight and governance by the Executive Board. In this connection, Directors welcomed the Panel’s observation that the individuals it has interviewed inside and outside the Fund are overwhelmingly of the view that the IEO has acted independently. At the same time, Directors noted the weaknesses highlighted in the report, and welcomed its analysis and recommendations for further strengthening the IEO’s effectiveness. In particular, Directors concurred that, going forward, a more focused and strategic orientation, together with strong support from the Board and management, will help ensure the IEO’s continued usefulness and relevance.

Directors agreed with the Panel that IEO evaluations complement internal reviews by exploiting the IEO’s independence in conveying messages. In this context, they generally saw scope for a better sequencing of IEO and internal reviews, which would help reduce the potential for duplication—while recognizing that some overlap is inevitable.

Directors agreed that the choice of topics for IEO evaluations is critical, and that evaluations should focus on the Fund’s core activities. Given resource constraints, Directors considered it important that the IEO make a compelling case for the topics selected. They also agreed that the IEO should continue to have maximum freedom in choosing evaluation topics. At the same time, Directors reaffirmed the appropriateness of the current limitation in the IEO’s Terms of Reference that the IEO should avoid interfering with operational activities, including programs, or attempting to micro-manage the institution. In this context, most Directors considered that the IEO should continue to evaluate country cases selectively, refraining from evaluations of ongoing Fund-supported programs, but it could review a member’s previous Fund-supported program after a reasonable interval. To allow for more in-depth and substantive treatment of the selected topics, a number of Directors also suggested that the IEO consider the option of reducing the number of evaluations undertaken each year. Directors were open to the suggestion to consider sharpening the IEO’s terms of reference. Most Directors did not support the Panel’s recommendation to transfer the responsibility for conducting ex post assessments from staff to the IEO.

Directors generally supported the recommendations aimed at improving the IEO’s effectiveness in fulfilling its mandate, and most considered that their implementation should be carried out within existing budgetary resources. To maintain the high quality of the IEO reports, Directors called for shorter reports, with more focused assessments and recommendations. In this context, most Directors observed that the IEO does not need to prepare cost assessments of its recommendations, unlike proposals in staff papers that are expected to be costed. Such cost assessments can be undertaken later by staff. To enhance the usefulness of IEO evaluations, many Directors emphasized that IEO reports should look beyond process to substance, including judgments on the theoretical foundations and analytical frameworks underlying the Fund’s advice.

Directors discussed extensively the feedback process for draft IEO evaluation reports as described in the Panel’s report, and its implications for the IEO’s independence, both actual and perceived. They agreed that best practice requires the IEO to solicit comments from staff, management, and other players on its draft reports but, at the same time, to exercise its independent judgment and responsibility on whether to take these comments on board. Thus, any changes introduced by the IEO in the feedback process would be expected to be based on the exercise of best judgment by the IEO, rather than constituting evidence of accommodating management or staff sensitivities. In this connection, Directors welcomed the communication sent by the former Director of the IEO stating for the record that at no time was he subjected to any pressure from management to tone down the IEO’s criticism in the Argentina report, or any other report. A few Directors suggested that the practices for submitting the IEO’s draft reports to management and staff for comment should be reviewed.

With regard to the attribution of responsibility for the missteps leading up to Argentina’s currency collapse, Directors noted that the major findings section of the IEO report on Argentina had clearly conveyed a balanced message about the respective responsibility of both the IMF and the Argentine authorities. For this reason, most Directors did not share the Panel’s view that the relevant paragraph of the IEO report had focused on misjudgments by the Argentine authorities. Indeed, the assessment of respective responsibility is also consistent with the conclusion reached by the Executive Board at its discussion of the IEO evaluation on Argentina in July 2004. Moreover, Directors recalled clearly that official and public perceptions of the thrust of the IEO’s conclusions, both at the time of their publication and subsequently, had been critical of IMF missteps. A few Directors would have welcomed more information to substantiate the Panel’s view.

Directors underscored that safeguarding the IEO’s independence also requires full access to information for IEO staff. They supported the recommendation to review the existing guidelines for sharing of information with the IEO by management, staff, and Executive Directors. Directors recognized, however, that IEO independence and access to information need to be nurtured by a sense of shared goals and a relationship of mutual trust. In this context, Directors welcomed the former IEO Director’s assurance that the IEO had received all requested documents.

While recognizing that IEO reports often contain important findings and lessons that require further careful consideration, Directors stressed the importance of prompt discussion by the Executive Board of IEO evaluations. Some Directors noted that the Board discussion of IEO reports would be better informed if Directors have additional time to consider both the IEO’s evaluation report and the statements by the staff and management.

Directors generally welcomed the Panel’s suggestions for strengthening follow-up to the IEO’s recommendations—including more Board involvement—to enhance the effectiveness of the IEO. They considered that the Panel’s call for a more systematic approach for following-up on and monitoring the implementation of IEO recommendations approved by the Board should be further examined, including through greater discussion in the Evaluation Committee and the full Board.

Directors considered that appropriate IEO staffing rules are also an important element in maintaining the independence of the IEO. In this regard, they emphasized the need for a balanced mix of staff composed of insiders and outsiders, and for careful consideration of the rules governing employment of outside IEO staff in the Fund. Directors generally welcomed the recommendation to hire more outside experts to lead some evaluations, within the IEO’s budget envelope. They agreed that outside experts can provide a fresh perspective and enhance the credibility of the reports, although peer reviews should not become standard practice.

Directors generally agreed with the Panel’s recommendation that the IEO’s outreach activities can, and should, be improved and intensified, especially in developing and emerging market economies where greater efforts might be needed to enhance the understanding of the IMF’s role. As a first step, some Directors looked forward to the IEO developing an outreach strategy, so that its resource needs in this area can be better assessed. Noting budgetary constraints, however, most Directors suggested that the IEO rely on existing resources, by working more closely with EXR and resident representatives—as well as with the Executive Board where appropriate. These efforts, together with visible management support for the IEO’s work, will serve to enhance outreach efforts.

Directors were pleased that the IEO is taking the lead in reviewing its existing publications policy to ensure that it reflects evolving best practice. They agreed that any changes in the IEO’s publications policy, including in the handling of corrections, should be consistent with ensuring the independence of the office.

As for next steps, careful consideration will be given to the Panel’s recommendations and the Board’s views expressed today, and further discussions will be forthcoming among the Evaluation Committee, IEO, staff, and management. Directors also considered it appropriate to conduct another external evaluation of the IEO in five years. 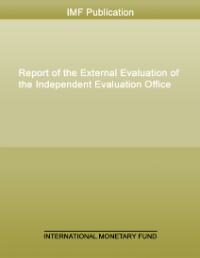