National accounts data for the third quarter of 2018 show real (yoy) GDP growth of 4.5 percent, somewhat higher than was embedded in the 4 percent growth estimate for 2018 in the staff report. This mostly reflected strong electricity production. Staff has revised its growth estimate for 2018 to 4.2 percent, while the projections for 2019 and beyond remain broadly unchanged. CPI inflation amounted to 1.8 percent (yoy) in December 2018, 0.2 percentage points lower than expected. The staff’s medium-term inflation projections remain similar to those presented in the staff report.

The authorities have communicated preliminary data indicating that the fiscal deficit in 2018 was smaller than reported in the staff report by 0.4 percentage points of GDP. The lower deficit reflects lower-than-expected spending in December, in particular on investment. Staff’s preliminary assessment is that, guided by the approved budget for 2019, the fiscal path will remain broadly in line with the staff report. Preliminary debt data show end-2018 public debt (excluding arrears) at 67.2 percent of GDP, 1.7 percentage points lower than expected in the staff report, owing to the lower deficit as well a more appreciated exchange rate. These one-off effects are expected to be permanent, thus lowering the projected debt levels over the medium term. 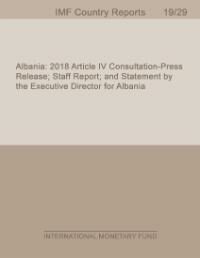