On November 28, 2018, the Executive Board of the International Monetary Fund (IMF) concluded the Article IV consultation1 with Cambodia.

Real GDP is projected to grow at 7¼ percent in 2018 due to strong external demand and expansionary fiscal policies, while inflation is expected to remain low. Strong economic performance is broad-based, with garment exports, tourism and the construction sectors growing at robust rates.

Higher imports are expected to contribute to a widening of the current account deficit to around 10 percent of GDP in 2018. Gross international reserves are expected to increase to around US$9.6 billion (around 5 months of prospective imports) at end-2018.

Bank credit is expected to grow by around 20 percent in 2018, with MFI credit expanding at an even higher rate, resulting in a credit-to-GDP gap that is conservatively estimated at close to 10 percentage points.

Fiscal performance in 2017 was considerably stronger than anticipated with tax revenues growing 26 percent in nominal terms, partly due to one-off factors. The fiscal stance has turned expansionary this year. Both current and capital expenditure are expected to increase, while tax revenue is expected to remain broadly stable as a share of GDP, in part reflecting VAT exemptions and import tariff reductions for fuel and basic foods. As a result, the deficit is expected to widen to 2.2 percent of GDP, resulting in lower government deposits.

Directors welcomed the authorities’ plans to restrain current spending and raise revenues. They supported the new Revenue Mobilization Strategy, which should focus on increasing revenues by modernizing revenue administration and reforming tax policies to improve their efficiency and equity. To help support growth and sustainable development, it will be important to reorient the composition of public spending towards priority infrastructure investment, and health and education spending. Directors considered that public wage increases should better balance pay incentives and fiscal sustainability.

Additionally, institutionalizing the Medium-Term Fiscal Framework would help safeguard infrastructure and development spending over the medium term. While noting that Cambodia remains at low risk of debt distress, they recommended close monitoring of risks stemming from the materialization of contingent liabilities, including from PPPs. In this regard, strengthening the institutional framework for PPPs will be important. Directors generally emphasized the need to continue to foster debt discipline to maintain debt sustainability.

Directors welcomed the policy efforts to safeguard financial sector stability. However, noting the elevated vulnerabilities, they stressed the need for additional targeted macroprudential measures. Directors highlighted that priority should be given to raising risk weights for real-estate lending, introducing a crisis management framework with a deposit insurance scheme, and continued upgrading of regulation and supervision. Addressing risks stemming from the real-estate sector warrants a broad policy response, including strengthening monitoring and regulation and phased increases in property taxes. Directors stressed the importance of addressing gaps in the AML/CFT regime and complying with FATF international standards.

Directors emphasized that steadfast implementation of structural reforms is essential to boost productivity, promote stronger growth, and make further progress on the Sustainable Development Goals. They encouraged the authorities to give priority to increasing competitiveness and promoting diversification. Reform efforts should focus on improving the business environment, reducing energy costs, enhancing transportation links, addressing skills gaps, and enhancing social protection policies. Directors noted that while progress has been made in improving governance, further governance and anti-corruption efforts, including improving fiscal governance and the regulatory environment, as well as strengthening the rule of law, are critical going forward. 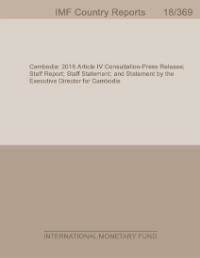