Large public entities with government guarantees are public corporations (e.g., Air Namibia and Nampower) and, to a lesser extent, municipalities.

Existing PPPs are small both in number and volume (except in the energy sector) and are concentrated in a few sectors (mainly housing).

The PPP Act, approved on July 14, 2017, provides a legal framework for PPP projects. It prescribes the creation of the institutional units managing and monitoring PPPs (notable a Public Private Partnership Committee, and the PPP unit in the MoF) and it regulates PPP-relate operations from project initiation, preparation, procurement, conclusion, management through implementation.

The number 71 public entities, is based on the current definition, but may change, based on the classification process that is currently underway.

Data on the PEs, including on their main financial indicators has been provided by the MoPE from the Public Enterprises Management and Evaluation System (PEMES). According to the information provided, the data is based on the latest available annual financial statements of the entities, as follows 2012 (1), 2013 (1), 2014 (6), 2015 (11), and 2016 (31). For 19 entities, financial data was not available.

Refer to paragraph 44 for more information on public corporations.

Refer to IMF FAD note entitled “How to improve the Financial Oversight of Public Corporations” for guidelines on the key elements of the SOE law and the financial controls that are typically provided for in legislation.

These tripartite agreements are intended to govern the relationship between the MoPE, SOE and relevant policy ministry, particularly with respect to assigning SOEs to undertaken quasi-fiscal activities and the compensation thereof.

IMF, FAD, How to Improve the Financial Oversight of Public Corporations, 2016.

The draft Public Financial Management Act includes provisions for the classification of public entities. According to comments provided through AFRITAC South TA, the suggested classification is not sufficiently clear and not in line with international practice.

According to GFSM, corporations are legal entities that are engaged in market production, i.e., it provides all or most of its output at economically significant prices, and capable of generating a profit. The remaining PEs, even if they are legally constituted as corporations, should be reported as part of central government.

Transnamib and Air Namibia have been loss making for several years. Using the financial information over the last 3–5 years, their classification under the GFSM definitions should be reviewed to test whether they have been able to consistently generate revenues (excluding subsidies) to cover more than 50 percent of their operating expenditure (excluding financing costs). If not, they should be classified as government entities for reporting purposes. In the future, if they were to generate revenues that sustainably covered the majority of their operating costs, they could be reclassified as public corporations, as they are market producers.

For more detail on good practice, see IMF, Manual on Fiscal Transparency, 2007; IMF, FAD, How to Improve the Financial Oversight of Public Corporations 2016; and OECD, 2015, Guidelines on Corporate Governance of State-Owned Enterprises.

The government would record financial transactions public in line with IPSAS and the public corporation would according to applicable accounting standards, e.g., IFRS.

The approach used by Lithuania, which could also be applied in the Namibian context where most of the public corporations are already reporting on the basis of IFRS, has been to require that public corporations report on quasi-fiscal activities as a separate operating segment in line with IFRS 8.

There are other long-term projects related to contract management and land servicing, among others, although they are not necessarily PPPs. Although there is no universally accepted definition of PPPs, FAD typically refer to PPPs as long-term arrangements where the private sector supplies infrastructure assets and services that traditionally have been provided or financed by the government, where the public and private sectors share significant risks, and remuneration to the private is linked to performance. PPPs exclude simple joint ventures, the sale of public assets or of public company shares—which are part of a privatization process—and arrangements in which the private partner is not required to finance investment.

At the time of the mission, there is no enough information to estimate these risks.

Yet, these risks are present in very small projects, such as water recycling project at the city and municipal level.

At the request of the authorities, the report focused in assessing fiscal implications of PPP contracts (costs and risks). Other topics, such as risks sharing agreements, budgeting, accounting and reporting PPPs in government accounts, and others where discussed with the authorities in the context of a one-day workshop organized during the mission, and follow-up meetings. In particular, accounting for PPPs is discussed in Annex 4.

The proposed framework is in line with the principles prescribed by the IMF’s Fiscal Transparency Code (2014).

For a detailed discussion on accounting for PPPs, refer to Section 3.c and Annex 4.

Government-funded PPPs are contracts where the government pays back the private partner through fixed or variable routine payments over the life time of the project. Government payments can take different forms such as viability gap, availabilities, output-based payments.

User-funded PPPs are contracts where the private partner recoups its investment, operating costs, and a profit margin, through direct payments by users of the assets and/or services (e.g., road tolls).

The PFRAM, developed by the IMF and the WB, is based on international accounting and statistical standards (IPSAS32 and GFSM2014), as well as in good practices in assessing project risks.

The assessment was done with readily available information provided by the authorities with the purpose of training them on the use of the tool.

FAD commented on the Act in December 2017, after the Act had been approved. The comments had been shared with the AFR and the authorities.

Comments to the Act have been provided to the authorities in the context of the 2017 Article IV Consultation Report, while comments to the draft regulations were discussed during the mission and are being shared as a separate document.

In Namibia, PPP projects can be appraised, selected and approved through by a parallel process to that of regular public investment projects, which is not aligned with good practices.

The VFM analysis under the project proposal and project appraisal stages are done with different set of data. The first one with preliminary data, the second one with more solid project information. Therefore, they are not different in nature, but in the quality of the data they are based on.

The PIMA is a tool designed by the IMF, FAD to evaluate fifteen key institutional aspects representing three stages of the public investment cycle: (i) planning sustainable level of public investment, (ii) allocating public resources to the right sectors and projects, and (iii) delivering productive and durable public assets. The PIMA provides a summary of the strengths and weaknesses and targeted recommendations in a sequenced reform action plan.

The remaining public entities have other legal forms including funds, trusts and cooperatives.

Please check the conditions for asset recognition in the above link. 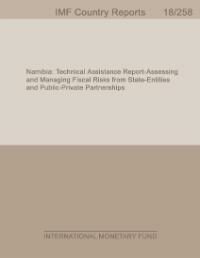 Sector Breakdown of Public Enterprises Based on Assets1/

Responsibility for Public Enterprise Oversight Based on Assets1/ 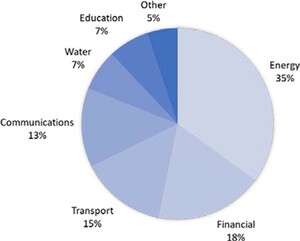 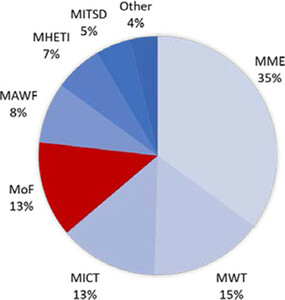 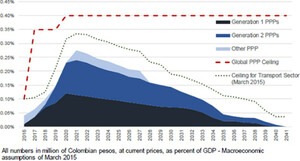