On June 8, 2018, the Executive Board of the International Monetary Fund (IMF) concluded the Article IV consultation1 with Liberia.

A new government is in place, with a mandate to achieve ambitious development objectives. Liberia’s economy appears poised for recovery, as growth bottomed out in 2016 and edged to 2.5 percent in 2017. However, Liberia remains fragile with poor living conditions for the majority of the population. Moreover, a decline in aid inflows, which were elevated during 2014–16, has put pressure on the exchange rate and fiscal resources. The government is thus facing the daunting task of pursuing a demanding development agenda in the face of high expectations, while also managing near-term adjustments and safeguarding macroeconomic stability.

All the elements of the government’s medium-term development agenda have not been fully outline. The baseline scenario presented in this Article IV consultation is staff’s interpretation of the authorities’ stated policies as articulated at the time of the March 2018 mission. The resulting analysis yielded insights into various sustainability issues. However, assuming the implementation of sound policies, the medium-term outlook appears favorable. The main upside risk is an increase in commodity prices and output, while downside risks include difficulties in mobilizing resources to fill the financing gap and in pursuing structural and institutional reforms.

Executive Directors noted that Liberia’s economy appears poised for recovery, but that significant fragilities remain, as reflected in the pressure on the exchange rate and on fiscal resources resulting from declining aid inflows. Assuming sound policies, Directors agreed that the medium-term outlook is favorable, albeit with risks. Directors welcomed the authorities’ pro-poor agenda and noted that macroeconomic stability is essential for advancing this agenda. They stressed the critical need to mobilize resources, ensure debt sustainability, and pursue structural and institutional reforms to achieve higher growth and reduce poverty.

Directors underscored the need to anchor fiscal policy with the goal of ensuring debt sustainability over the medium term. Directors urged the authorities to increase efforts to mobilize additional domestic resources, including by enhancing the IT system of the revenue authority to improve tax compliance and efficiency. They also emphasized that improved governance, and greater fiscal transparency and accountability are key to improving spending efficiency. Directors welcomed the authorities’ efforts to contain the public wage bill and encouraged redirection of budgetary expenditures to capital spending, especially for rebuilding infrastructure. Directors emphasized that future debt obligations should be undertaken transparently, limiting new debt to concessional terms, with effective implementation of infrastructure projects.

Directors underscored that maintaining macroeconomic stability will also hinge on effective implementation of monetary policy. To equip the Central Bank of Liberia (CBL) with effective operational tools, its recapitalization would be necessary. Directors also stressed the need to safeguard international reserves, and preserve governance principles and central bank independence.

Directors underscored the need to reduce risk in the banking sector. This would entail actions to reduce nonperforming loans, including by clearing government obligations to the banks, and completion of the implementation of the CBL’s Action Plan of reform. Directors noted that the remittance surrender requirement, while currently appropriate, should be lifted when foreign exchange market conditions allow.

Directors acknowledged that while there has been a recent improvement in trade and aid data, serious data shortcomings still need to be addressed. They urged continued enhancement of data quality, especially in national accounts and external data. Directors also underscored the key role of capacity development and technical assistance for Liberia. 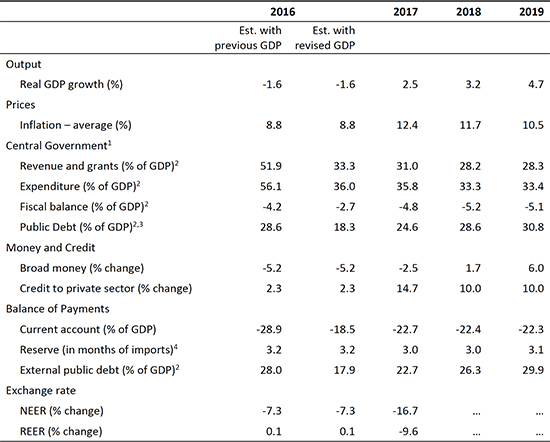 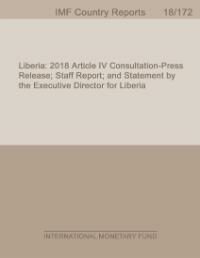