Thailand: Bringing Inflation Back to Target1

1. Thailand’s headline inflation was below target in 2015–16. The low headline inflation reflected to a large extent external drivers, in particular the sharp decline in oil prices in recent years. Yet, core inflation also declined and is projected to remain subdued.2 The causes of weak inflation dynamics warrant closer investigation.

2. Monetary policy rates have been kept on hold since early 2015. In early 2015, the Bank of Thailand (BOT) cut the policy rate by 50 basis points to a near historical low of 1.5 percent, citing the need to foster the recovery and maintain well-anchored inflation expectations.3 The BOT interpreted the cause of negative inflation in 2015 to be largely attributable to supply side factors, which would subsidy as base effects from oil gradually disappeared. The BOT has kept the policy rate constant since April 2015 to preserve room for maneuver amid volatile global conditions and to safeguard financial stability in a low-interest-rate environment. Several other central banks in the region also facing below-target inflation rates eased monetary policy during 2016, though they still have higher policy rates than Thailand.

Surveys of inflation expectations and expectations extracted from financial instruments are standard indicators monitored by many central banks. Surveys are a traditional source of information on long-term expectations and are available several times per year for many countries. With the issuance of inflation-linked bonds (ILBs) in many advanced but also emerging economies, the so-called “break-even inflation rate” (BEIR)―the yield spread between comparable conventional bonds and ILBs―has also become a key indicator of inflation expectations. BEIRs provide more timely information on investors’ expectations than survey-based expectations. Yet, in addition to the expected inflation, BEIRs may incorporate other factors, notably inflation risk and liquidity risk premia. Hence, BEIRs are better interpreted as the overall inflation compensation requested by investors to hold nominal assets, rather than a pure measure of expected inflation.

For Thailand, both surveys and BEIRs can be used to monitor inflation expectations. The figure below reports the recent developments in survey measures (6 years to 10 years ahead from Consensus Economics) together with the BEIRs from the two ILBs issued in Thailand (with maturities 2021 and 2028, reflecting average expectations over the next 5 years and 12 years, respectively). As for many other countries experiencing sharp disinflation, the diverging patterns of survey and market-based inflation expectations is striking. Survey measures have barely changed and continue hovering above the mid-point inflation target of 2.5 percent. In contrast, BEIRs have declined significantly since 2013 and remain well below target. Although a higher liquidity premium in ILBs (compared to conventional Thai government bonds), and possibly a lower inflation risk premium, likely played a role in the decline of the BEIRs, they cannot account for the full difference between the two measures, thereby casting some doubts on the level of long-term inflation expectations measured by surveys.

The estimation of long-term inflation trends using econometric models has become increasingly common in major central banks since the GFC. The long-term inflation trend can be interpreted as the level of inflation that would prevail once temporary influences unwind. The rationale behind recent research efforts to estimate trend inflation is twofold. First, given the forward-looking orientation of modern monetary policymaking, policy decisions should be based on reliable indicators of long-term inflation expectations. While survey and financial indicators provide useful information, both have important shortcomings, which may have rendered them less reliable in periods of persistently low inflation, as low inflation periods have been less frequent than high inflation periods. Second, discrepancies among indicators call for regular assessment of their information content, and the estimation of trend inflation can be instrumental in this respect.1

1 Trend inflation estimates are from Garcia and Poon (forthcoming), based on the approach in Chan et. al. (2015).

5. Nominal policy rates are low by historical standards but real interest rates have risen in recent years. Staff estimates of the natural real interest rate suggest it has been low, between 0.1 percent and 0.2 percent, in 2015–16.6 In contrast, various measures of effective real rates have ranged above that level. For instance, one measure of the effective real rate, calculated as the difference between the policy rate and actual inflation over the last two years, was in the range of 2.4 percent to 1.3 percent. Similarly, the policy rate minus expected inflation over 2016 (i.e., expected inflation at the beginning and at the end of 2016) was in the range of 0.3 percent to 1.3 percent. Assuming policy rates on hold, and considering the latest average inflation expectations by the BOT (1.2 percent) or Fund staff (1.0 percent), (ex-ante) real rates would remain above the estimated natural rates in 2017.

6. Model simulations suggest that in a passive scenario inflation would remain at or below the lower end of the tolerance band. Simulations are based on a quadratic central bank policy reaction function that considers gaps for inflation and for output, as well as interest rate smoothing, within a stylized new Keynesian model calibrated for the Thai economy.7 Under a passive scenario (red line in Figure 1 below), without monetary or fiscal stimulus, inflation and inflation expectations would remain subdued, with substantial risks of inflation falling back outside the tolerance band, once base effects from higher oil prices fully unwind. Keeping rates on hold over the forecast period would only partially counteract weak inflationary dynamics. Moreover, the small but negative output gap would persist and the cost of further adverse shocks would be large.

7. Monetary policy easing, within a broader expansionary policy mix, should contribute to bringing inflation back to target. Results suggest that monetary easing, in which the policy rate is gradually cut over several quarters, combined with fiscal stimulus, can steer inflation back to target. In an active scenario (black line in panel chart below) that combines monetary easing and fiscal stimulus, inflation would return to the 2.5 percent mid-point target (with a slight overshooting) and the output gap would close. Furthermore, given the protracted period of below-target inflation, readiness to act and communicate in a decisive manner would be fundamental to prevent a de-anchoring of long-term inflation expectations (Alichi et al., 2015; and WEO, 2016).

8. Financial stability concerns do not need to constrain monetary policy in the current environment. Financial stability risks remain contained. Monetary policy actions aimed at increasing inflation from its current low level will also have positive effects on financial stability. First, higher inflation will lower the real burden of highly indebted economic agents, particularly lower-income households. Second, restoring inflation may prevent a de-anchoring of inflation expectations, which, in turn, would lead to higher (long-term) real rates and debt service. Finally, the sooner the inflation rate returns to target, the lower the risk of low inflation becoming entrenched and the faster the exit from the low-interest-rate environment.

9. Further monetary policy stimulus and tighter regulatory and prudential measures can provide a better policy mix. Macroprudential tools designed to target specific pockets of fragility can be used if the temporarily lower interest rates trigger any risk to financial stability. As part of the ongoing strengthening of the financial stability framework, a broadening of the macroprudential toolkit is, in any case, beneficial. For example, loan-to-value ratios can be decreased to tame house price increases and regulations changed to close loopholes for regulatory arbitrage.8

The Role of Communication and Enhanced Transparency

10. The BOT has successfully enhanced the transparency of monetary policy over the last decade. For example, Thailand’s score in the Dincer-Eichengreen index of central bank transparency rose from 6 in 2000 to 10 by 2014. Yet, by the same metric, there is still some scope for further improvement towards the maximum index score of 15.

12. The BOT’s communication is crucial to manage inflation expectations and dismiss the perception of constrained monetary policy. Further guidance in terms of envisaged actions to achieve the target over a given time horizon is fundamental to avoid a de-anchoring of long-term inflation expectations after a protracted period of below-target inflation. Assessments of past performance, discussion of the shocks impairing the achievement of the inflation target, and elaboration on the internal debate underlying the policy decisions―reflecting dissenting views and arguments in the Monetary Policy Committee (MPC) minutes―can be instrumental to guide private sector’s expectations and enhance the effectiveness of monetary policy.

13. Lower interest rates will not exhaust the scope for monetary policy actions. Recent measures by other central banks since the beginning of the GFC have expanded the modern monetary policy toolkit near or at the zero lower bound on interest rates (Table 1). Should further adverse shocks materialize, for example, forward guidance regarding envisaged policy actions can be considered by the BOT.

Overview of Unconventional Monetary Policy Measures Since the GFC

Overview of Unconventional Monetary Policy Measures Since the GFC

Energy price inflation declined from 1.7 percent in 2014 to -15 percent in 2015, while core inflation declined from 1.6 percent to 1.1 percent over the same period. Since 2015, energy price inflation has recovered given higher commodity prices, though core inflation remained on a downward trend, reaching 0.6 percent by March 2017. Headline inflation in Thailand is more sensitive to changes in global oil prices than in other countries, as the tax structure on retail petrol prices provides a relatively smaller cushion.

After the onset of the Global Financial Crisis (GFC), the policy rate was cut to 1.25 percent between April 2009 and June 2010.

The model follows a standard specification and is estimated over the period 1995: Q1–2016: Q3. For further model details and a discussion of alternative Phillips curve specifications and robustness checks see Dany and Garcia (forthcoming) and WEO (2016).

See for example Clinton and others (2015). The model does not incorporate a financial sector module or possible asymmetric monetary policy transmission at low interest rates. At the same time, it also does not consider the reinforcing effect of improved communication advocated by staff.

Cash-constrained rural households, with higher marginal propensity to consume, are more likely to be affected by negative shocks.

The rolling regression uses the inverse of the ICRG index, which measures higher risk/weaker environment. The rolling coefficient suggests that higher risk translated to weaker private investment (and a higher current account) in the most recent years. The change in the coefficient is large and statistically significant.

Bloom and Finlay (2009) suggest that demographic factors contributed significantly to economic growth in East Asian countries from 1965 to 2005. The working-age population is generally more productive and saves more, increasing domestic resources for investment. There is also evidence that population aging may have a negative impact on total factor productivity growth.

MPC Votes in Favor and Against Policy Rate Changes

(In percent of total population)

(In millions of persons)

(In millions of persons) 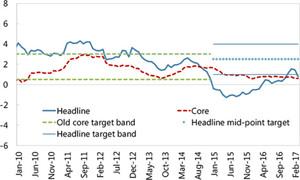 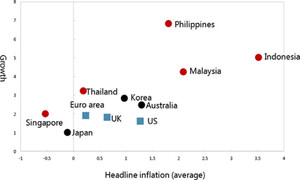 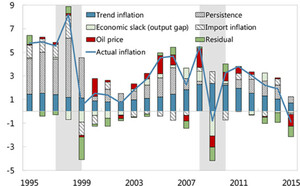 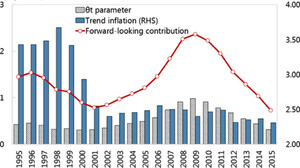 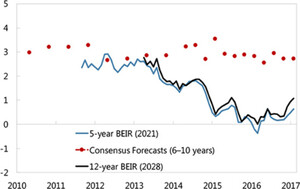 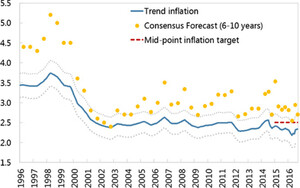 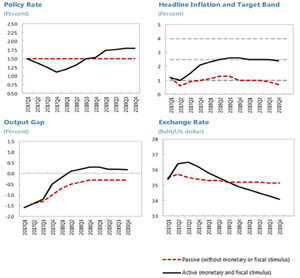 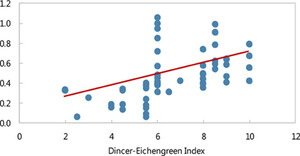 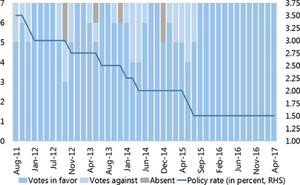 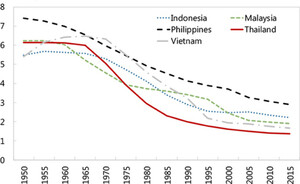 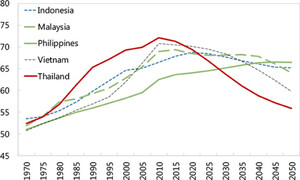 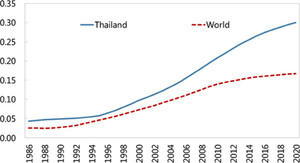 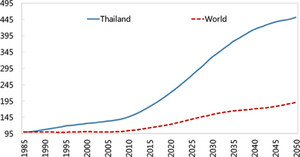 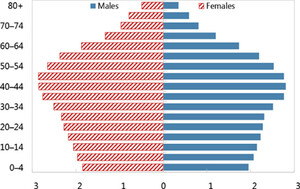 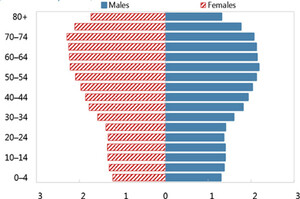