A. The Opportunities and Challenges in the Iranian Labor Market

1. Iran has a large, well-educated, working age population. Iran benefits from relatively small age-dependency ratios through 2045, which could help boost productivity and economic growth.2 It has a well-educated workforce thanks to improvements in accessibility to education that led to important increases in educational enrollment and years of education over several decades. This has been accompanied by significant reductions in the gender gap in education; women and men are now completing the same number of years of total education.3 By enhancing the allocation of resources in the economy, having a larger, educated labor force, including women, can help increase productivity and incomes. Employers can draw from a more diverse labor force, and entrepreneurship is boosted as more small enterprises are created and expanded (Cuberes and Teignier 2015; Elborgh-Woytek and others 2013).

2. However, the formal private sector has not capitalized on this opportunity. Between 2000-11, increases in output per worker, and to a lesser extent the increase in the share of the working age population, drove non-oil growth. Despite average annual growth rate of real non-oil GDP of about 3.6 percent over the period 2005–2015, and the shrinking share of the oil sector in GDP, employment creation was not enough—while the working-age population increased by 15.8 million people between 2000 and 2011, employment increased by 3.3 million jobs. Previous analysis (Blotevogel, 2015) shows that the long-term elasticity of employment to growth, even using non-oil growth, is low by international standards. It also points to low total factor productivity (TFP) in the non-oil sector, especially after 2011. This means there are structural impediments to job creation and to the allocation of resources to their more productive use (Crivelli and others, 2012).

3. Labor market outcomes are weak. Unemployment has hovered around 11 percent over the past 30 years, with women’s rates on average 8 percentage points higher than men’s. Labor force participation (40 percent) is low by international standards due to very low female participation (17 percent). As could be expected given these high rates, youth unemployment is high at 30 percent, but a third of youth are not employed, in education, nor in training. Moreover, over a third of the unemployed have been out of work for over a year, and around 60 percent of unemployed women over 25 years old are long-term unemployed. There is a wide rural-urban gap. The agricultural sector constitutes about 50 percent of employment in rural areas, while services represent 60 percent of employment in urban areas. Under-employment rates are higher in rural areas than in urban areas, while unemployment rates are higher in the latter.

Yet there is evidence of skills mismatches. While Iran scores better than other countries in Middle East and North Africa (MENA) in international tests for mathematics and science, it is below other middle income countries such as Russia. In a labor market with oversupply of labor, employability becomes crucial, but graduates have high expectations and are not fully prepared for private sector employment. There is evidence that some types of jobs, such as manual work, experience labor shortages as most students prefer academic topics.

4. Private sector firms have little incentives to grow. Compared with other upper-middle income countries, the employment structure is more heavily tilted towards the agricultural, manufacturing, transportation and construction sectors, while to a lesser extent the service sector. Employment in the public sector is at the average at around 20 percent of total employment, but as in most MENA countries, when combined with semi-public sectors such employment dominates the economy. The private sector is relatively small, and private sector employment is disproportionately in self-employment, especially own-account workers (without employees). Informal employment has been rising in recent years, and women are more likely to work in the informal sector.

B. Key Elements of a Strategy to Foster Private Sector Employment

5. Fostering private sector employment requires coordinating actions on several fronts. A comprehensive strategy for job creation encompasses macroeconomic policies that provide a stable environment, regulations that are transparent and adequate, supply-side policies that empower the workforce, and policies that protect workers and help them move between jobs. Implementing such a strategy requires coordination among ministries that do not usually interact. In order to obtain the buy-in and to ultimately ensure the success of the strategy, consultations have to be carried out with other stakeholders, especially unions and employer representatives, and Civil Society Organizations (CSOs). Although some policy changes have been made and consultations with stakeholders have been held by some ministries, the implementation has not been systematic and efficient and has so far not translated into significant improvements neither in private sector job creation nor in productivity. The sixth National Development Plan (NDP) lays principles for fostering job creation and should lead to such a strategy.

7. Reviewing labor regulations can help facilitate job creation and retain talent.6 Although labor regulations or an adequately educated labor force are not among the top constraints reported by business leaders, labor market efficiency—the country’s ability to allocate its resources efficiently—is weaker than in comparator countries. In particular, according to the GCR indicators, there is scope for Iran to better nurture and attract talent from within the country and from abroad. Moreover, the relation between pay and workers’ productivity is weaker than in comparator countries. DB indicators show that most Iranian labor market de jure regulations are within international averages, but dismissals are relatively difficult.

8. Iran is seeking to make formal education more relevant to the private sector. The NDP allows more exchanges between the public and private education sectors. Moreover, the authorities are planning to equip school graduates with relevant skills, such as entrepreneurship skills. This is welcome, but there is a need to increase employability of graduates in general. Steps can be taken from organizing job market fairs to involving private sector professionals in curriculum design and teaching.

10. Increased flexibility must be accompanied by measures to help and protect workers.8 For this, Iran has a mix of passive and active policies that cater to the unemployed, the poor, and vulnerable groups. The social protection system includes programs that cover old age, sickness, and unemployment, as well as means-tested social assistance. It offers a number of targeted policies, that help training the unemployed and less developed regions, and gives incentives to employ more workers through temporary exemptions, for example of social security contributions. The extent to which these active and passive policies are monitored and evaluated in Iran is unclear, but this can help fine tune policies (Khandker et al., 2010).

Creating opportunities for all

11. Creating job opportunities for all benefits economic growth. It is crucial to look not only at headline GDP numbers, but also at how the benefits of growth are distributed and how growth affects people’s lives. Improving opportunities, including enlarging the pool of talents available to employers by fostering participation, can also bring further economic development. For example, (Aguirre and others 2012) estimate that bringing the female employment rate to male levels could raise GDP in Japan by 9 percent, the United Arab Emirates by 12 percent, and Egypt by 34 percent. Under similar assumptions, we estimate the GDP boost in Iran would be around 40 percent.

12. Accounting for the impact of regulations on vulnerable groups can make policy design more inclusive. Some regulations create direct hurdles for vulnerable groups. There is evidence of gender discrimination in hiring and unequal remuneration for work of equal value (as in about 60 percent of countries); women do not get full wages while on maternity leave (while they do in 68 percent of countries). A few other indicators point to other hurdles—workers do not get five days of sick leave per year (70 percent of countries provide these days); and although night and overtime work are allowed, the associated wage premium is high. Improving the flexibility of work hours, or providing leave benefits, for all workers, can improve female labor force participation, work-life balance, and job quality for all, as well as help employers face seasonal variations in production.

13. Designing economic and social policies that help vulnerable groups. Beyond the policies discussed so far, economic and social policies can also be used. For example, issues such as the availability of child or elderly care, explicit nondiscrimination laws, and greater flexibility on working arrangements and hours are of particular importance for Iranian women’s participation in the labor market. Similarly, fiscal policies can be designed in order to minimize gender biases r—for example through individual income taxation, tax credits or other benefits for low-wage earners. Social assistance policies, such as family allowances, can help parents reconcile work and family care; or pension reforms that address retirement age gaps between men and women can provide greater incentives for women to participate, and improve their income in old age.

The NDP includes targeted measures, such as allowing public firms in social cultural or service sector to purchase goods and services from private firms, and Departments of Port and Shipping to give contracts to private companies.

For example, Spain saw a dramatic increase in the share of temporary employment to 33 percent when it liberalized those while keeping regulations the same on other contracts in the mid-1980s. Workers with temporary contracts are less likely to be employed in firms that provide training, and to receive firm-provided training (Albert et al. 2005).

See Kuddo and others (2016) for guidelines on how to implement regulation that promote job creation; Card and others (2010, 2012) on international evidence on the impacts of ALMPs.

It is available to workers who become involuntarily unemployed and have contributed to social security for at least six months. The maximum duration of benefits is 50 months. The allowance is 55 percent of the insured’s average earnings in the 90 days before unemployment began is paid plus 10 percent for each of the first four dependents—the minimum benefit is equal to the minimum wage of an unskilled laborer.

Mean Performance on the Mathematics and Science Scale for Fourth Grade Students, 2015

Most Problematic Factors for Doing Business 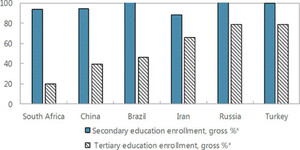 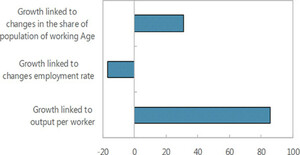 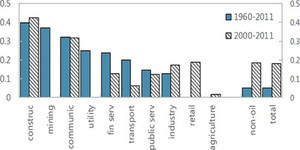 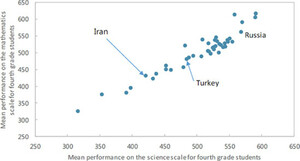 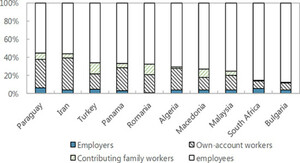 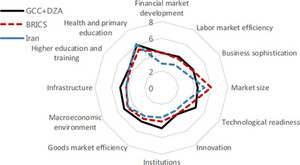 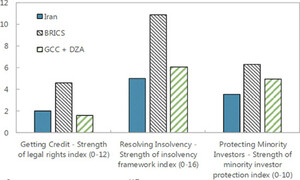 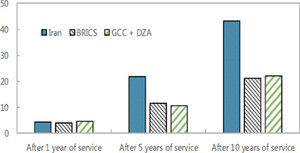 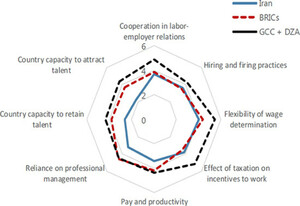