Since early 2014 Guinea has been experiencing an ongoing Ebola epidemic that has spread to several countries in the region.

Since early 2014 Guinea has been experiencing an ongoing Ebola epidemic that has spread to several countries in the region.

On March 18, the Executive Board of the International Monetary Fund (IMF) approved a grant in an amount equivalent to SDR 21.42 million (about US$29.8 million or 20 percent of quota) in immediate debt relief under the Catastrophe Containment and Relief (CCR) Trust.1 The Executive Board’s decision was taken without a meeting.2

The CCR grant will be applied to immediately repay outstanding debt and free up resources for use in relief, containment and recovery efforts in the fight against the Ebola epidemic. The authorities have adjusted their economic policies to focus on eradicating the epidemic, supporting the affected people, and strengthening Guinea’s health infrastructure. The grant should also help to catalyse further assistance from the international community, preferably grants.

The debt relief comes on the back of the February 2015 Executive Board approval of a US$63.6 million disbursement to Guinea under its existing program supported by an Extended Credit Facility arrangement to help address protracted fiscal and balance of payments needs resulting from the epidemic. The relief also follows US$41 million in emergency assistance to Guinea under the Rapid Credit Facility approved in September 2014 to help in the fight against Ebola.

The immediate economic effect of the Ebola epidemic has been a pronounced slowdown in 2014 that is expected to continue into 2015. Growth is estimated to have slowed markedly to 0.4 percent in 2014 compared with 2.3 percent in 2013. Uncertainties about the impact and duration of the Ebola epidemic dampen the near-term macroeconomic outlook, and real GDP is projected to contract in 2015

Inflation continued to decline, despite the modest exchange rate depreciation, while international reserves were maintained at a satisfactory level. Fiscal policy has been adjusted to accommodate a sizeable revenue shortfall and additional spending needs to combat the Ebola epidemic. Against this backdrop, poverty, which is already widespread, is estimated to have increased.

Progress in structural reforms has been slow, in large part because of Ebola-related constraints on capacity and delays in the delivery of technical assistance. The authorities’ commitments to ensure transparency in Ebola-related spending and complete their structural reform agenda in order to help underpin a revival in growth in the period ahead, are reassuring.

Growth and poverty reduction goals will be spurred by key reforms to strengthen the business climate, including in the mining and electricity sectors and through improved monitoring and supervision of the banking sector. Sustained efforts are also needed to strengthen the health sector and social safety nets.

The Executive Board takes decisions without a meeting (based on lapse-of-time procedures) when it is agreed by the Board that a proposal can be considered without convening formal discussions. 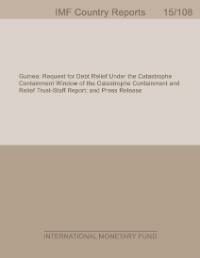