This paper analyzes the implications of global rebalancing in the post-crisis period for Korea and how high leverage in the household and SMEs sectors could affect this process. The first section of the paper discusses implications of global rebalancing for Korea using simulations from the Global Integrated Monetary and Fiscal Model (GIMF). The second section focuses on how rebalancing growth in Korea is different from the rest of the region, and discusses the challenges of highly leveraged households and SMEs for the rebalancing process. The last section concludes with policy recommendations.

This paper analyzes the implications of global rebalancing in the post-crisis period for Korea and how high leverage in the household and SMEs sectors could affect this process. The first section of the paper discusses implications of global rebalancing for Korea using simulations from the Global Integrated Monetary and Fiscal Model (GIMF). The second section focuses on how rebalancing growth in Korea is different from the rest of the region, and discusses the challenges of highly leveraged households and SMEs for the rebalancing process. The last section concludes with policy recommendations.

The combination of the declining saving rates and rising indebtedness of Korean households raises concerns that leveraged consumption growth cannot be sustained and could eventually lead to a vicious cycle of deleveraging, lower economic growth, and risks to financial stability. This paper sheds light on the factors behind declining household saving rate in Korea, utilizing cross-country panel data. The results point to rapid aging and labor market, and retirement system characteristics as fundamental factors driving the decline in the saving rate, while a prolonged period of cheap and easy credit, coupled with a deteriorating terms of trade appear to have magnified these trends. While demographic trends will continue pushing household savings lower, labor market and pension system reforms could help arrest the decline in saving rates. Increasing productivity in the nontradable sector would also help lift terms of trade and household incomes and facilitate deleveraging.

1. Korean households’ savings rate dropped from 27 percent to 7½ percent of disposable household income since 1998 and remains one of the lowest in the OECD and in Asia. This has coincided with a steady increase in household debt, which reached 143 percent of reported disposable income.2 Furthermore, Koreans spend 7 percent of their income to service debt, more than U.S. households.

2. The combination of declining saving rates and increasing household debt has raised concerns about sustainability of consumption and financial stability. Higher debt and lower savings enabled household consumption to grow faster than disposable income, providing a boost to economic growth. In the long-run, however, consumption cannot grow faster than income because there is an upper limit to how much debt households can service, based on their incomes. To achieve a sustainable level of debt relative to income, households may need to undergo a prolonged period of deleveraging, whereby debt is reduced and saving is increased. This paper sheds light to the factors behind the sharp decline in saving rate, understanding of which would be essential in devising policies that would help reverse the decline.

3. The next section of the paper presents a cross-country panel regression and discusses the key factors behind the declining saving rate in Korea. The last section concludes with policy recommendations.

4. The literature suggests four broad motives for household savings: to provide resources for retirement and bequests, to finance large life-time expenditures (e.g., housing and education), to finance unexpected losses of income (precautionary savings) and to smooth consumption as incomes vary over time. These motives point to a large number of variables that can explain saving behavior over time and across countries.

5. A cross-country panel regression was used to explain the dynamics of the household saving rate in Korea (Table 1). 3 In line with past empirical literature, the variables considered were public and corporate savings (both as a share of GDP) to capture Ricardian effects and households’ ability to pierce the “corporate veil,” the level of per capita GDP, real household disposable income growth (to capture the level of development), the old-age and young age-dependency ratios (to capture the impact of demographics), real interest rates (to capture the opportunity cost of current consumption), CPI inflation (to capture uncertainty about future income growth), the unemployment rate (to capture precautionary saving motive to insure consumption against adverse shocks to income), real stock prices (to capture wealth effects),4 the share of household credit in GDP (to capture financial deepening), and the terms of trade and the effective retirement age. The terms of trade is intended to capture divergence between gross national income and output, as a fall in the relative value of exports corresponds to a fall in income which is not matched by a drop in consumption given the less-than-unit marginal propensity to consume and save and may lead to lower saving rates. Retirement tends to be the most important saving motive, making a change in pensions and expected length of the retirement period important demographic variables in saving decisions. Increases in the expected length of the retirement period, either through a higher life expectancy or through a decline in the mandatory retirement age, raise the need for more saving in younger ages, putting upward pressure on the aggregate savings. However, since cross-country data on these variables are not available, instead effective retirement age was used as a proxy.5 This variable captures the decision of the retirees to stay in the labor force and hence takes into account their response to incentives embedded in the pension system. For instance, a higher effective retirement age could be associated with the decisions of retirees to stay in the labor force due to low replacement or low coverage rates of the pension system, which in turn could be associated with lower saving motives as it would reduce actual retirement periods.

6. Regression results suggest that the decline in the Korean households’ saving rate is consistent with fundamentals. Without even accounting for Korea specific factors, beyond those captured by the various regressors, the decline in Korean household savings rate can be reasonably predicted by the model. This suggests that rather than country specific factors, economic trends in Korea, consistent with other country experiences, tend to explain the declining trend in savings. Decomposing the estimates into their respective contribution to the household savings, few key conclusions emerge; demographic trends and retirement were the key structural factors behind the decline in the saving rate until the Asian crisis and they continue to contribute significantly to the negative trend since 1997. However, since the Asian crisis increased access to finance along with low interest rates and deteriorating terms of trade have been the main reasons behind the sharp fall in savings rates. Corporate deleveraging since the Asian crisis has also led to lower household savings, while Ricardian effects were more dominant prior to 1997 reflecting the larger increase in public savings during that period.

7. The decline in the Korean household savings rate is driven by a combination of structural and cyclical factors. While the rapidly aging population and the introduction of the pension system are the key structural reasons for the declining saving rate, the availability of cheap credit also contributed to this trend, especially at a time when real household income growth was constrained by a deteriorating terms of trade.

8. Going forward demographic factors are likely to push the saving rate even lower. One of the lowest fertility rates in the world and an increasing life-expectancy will translate into an extraordinarily large increase in the old-age dependency ratio from 14% percent in 2008 to 65 percent in 2050. As a result, more people who are currently in the work force and are accumulating assets would reduce their saving in the medium term.

9. However, cyclical factor should help support savings. With the Great Moderation over, and tighter financial regulations expected to temper credit growth, a deleveraging of the household sector is likely. Considering the high share of borrowing at floating rates, the deleveraging could be rather rapid depending on the speed of interest rate normalization.

10. Addressing the fundamental factors behind the fall in the saving rate would require wide-ranging structural policies. Besides immigration and child- friendly policies to reduce long-term aging pressures, the design of the pension system as well as labor market policies may need to be recalibrated. The 2008 pension reform will gradually reduce the pension benefit replacement rate from the current 60 percent of wages to 40 percent by 2028, but does not raise the contribution rate from its current 9 percent, reflecting a social choice of low contribution and low benefits in Korea. However, the seniority system in the labor market coupled with low coverage and low benefits from the pension system are increasing the poverty risk of an aging population as working years do not provide sufficient accumulation of assets for the longer life expectancy. Reversing this trend would require eliminating the seniority wage system and increasing regular employment of old-age workers.

Survey data suggest that underreporting of household incomes may overstate the debt ratio by about 22 percentage points, consistent with the estimated size of the informal economy.

Real house prices were also included, but were not statistically significant.

The average effective retirement age is defined as the average age of exit from the labor force during a five-year period. Labor force (net) exits are estimated by taking the difference in the participation rate for each five-year age group (40 and over) at the beginning of the period and the rate for the corresponding age group aged 5 years older at the end of the period.

Although the former helps raise the sustainability of the pension system and reduce the associated fiscal burden, it also affects labor supply and saving decisions by households.

Reflecting the large number of self-employed and irregular workers, the Korean pension system has a low coverage (60 percent compared to around 85 percent for the OECD), although notional coverage was made universal in 1999.

(In percent of disposable income) 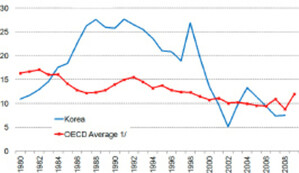 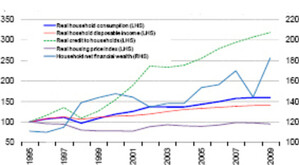 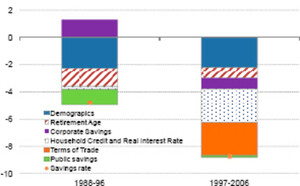 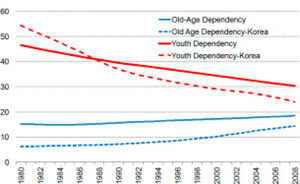 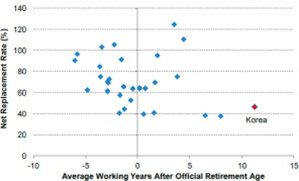 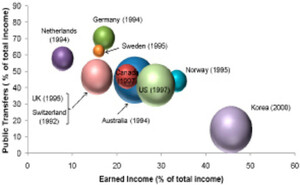 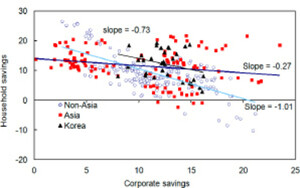 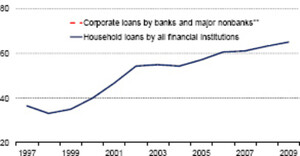 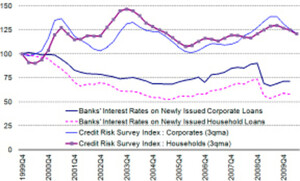 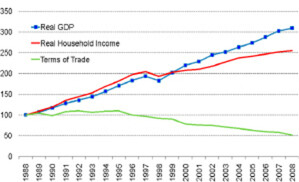