This review of financial sector regulation and supervision in Liechtenstein in the context of the offshore financial center assessment program contains technical advice and recommendations given by the staff team of the International Monetary Fund in response to the authorities of Liechtenstein’s request for technical assistance. It is based on the information available at the time it was completed on August 2003. The staff s detailed assessment of the observance of standards and codes can be found in Volume II. The views expressed in these documents are those of the staff team and do not necessarily reflect the views of the government of Liechtenstein or the Executive Board of the IMF.

ASSESSMENT OF THE SUPERVISION AND REGULATION OF THE FINANCIAL SECTOR

Volume I: Review of Financial Sector Regulation and Supervision

In July 2000, the Executive Board approved a program of assessments on the basis of a paper “Offshore Financial Centers—The Role of the IMF” published in June 2000.1 In this context, the government of Liechtenstein invited the IMF to carry out an assessment of the country’s compliance with internationally-accepted standards for the regulatory and supervisory arrangements. The activities of Liechtenstein financial institutions include resident and nonresident alike, with no difference in the supervisory and regulatory arrangements for domestic and offshore activities. The assessment was carried out on the basis of the “Module 2” approach, which is described in the June 2000 policy paper—SM/00/136).

The mission consisted of Mr. Michael Moore and Ms. Jennifer Elliott (both Monetary and Financial Systems Department), and Ms. Moni SenGupta (Legal Department) of the International Monetary Fund; Mr. Michael Deasy (Central Bank of Ireland); Mr. Guillaume Leroy (private consultant from France); Mr. Ronald Ranochak (private consultant from the United States); and Mr. Alain Vedrenne-Lacombe (Bank of France). Ms. Bärbel Bernhardt (MAE) was the assistant to the mission. The team received excellent cooperation from the government and industry, and expresses its appreciation to the staff of the Due Diligence Unit (DDU), the Financial Intelligence Unit (FIU), Financial Services Authority (FSA), and the Insurance Supervisory Authority (ISA).

The mission team held extensive discussions with regulatory agencies active in the financial sector—DDU, FIU, FSA, and ISA—and conducted meetings with representatives of several banks; accounting firms; lawyers; trustees; representatives of the insurance industry; and law enforcement and judiciary bodies. The meeting participants were well prepared and the mission engaged in candid discussions regarding the regulatory and supervisory framework. The mission team observed very dedicated and professional staff in each of the agencies carrying out their tasks diligently.

This report contains the findings of an MAE mission that visited Vaduz from October 28 to November 8, 2002, as part of the Fund’s initiative for offshore financial centers. The mission was conducted under Module 2 of the OFC initiative, as described in the Board paper “Offshore Financial Centers: the Role of the IMF” (SM/00/136 of June 23, 2000).

Under Module 2, the mission team carried out detailed assessments of Liechtenstein's implementation of four international supervisory and regulatory standards that considered (i) the Basel Core Principles (BCP) for effective banking supervision; (ii) International Association of Insurance Supervisors (IAIS) core principles for insurance supervision; (iii) the International Organization of Securities Commissions (IOSCO) Objectives and Principles of Securities Regulation; and (iv) Financial Action Task Force (FATF) 40+8 Recommendations for anti-money laundering and combating the financing of terrorism.2 Main observations and recommendations are provided in Table 1 according to the four sets of standards.

The mission team considered the supervisory and regulatory activities of the FSA with respect to two of the detailed assessments. The first considered the level of compliance with the Basel Core Principles and the second considered the level of implementation of the IOSCO principles for regulation of securities activities. The observations from these two assessments are that there is a high level of dedication among FSA staff, and that financial sector supervision and regulation is underpinned by a good foundation of modern laws and regulations that derive from Liechtenstein's membership in the European Economic Area (EEA).

The mission team noted material weakness in the adequacy of resources for the FSA. Presently, resources are not sufficient to effectively use the work of the auditors and the regulatory reporting in order to carry out off-site supervision and monitoring. The FSA must be in a position to properly analyze the financial reports and audit results, which it currently does not, in order to communicate specific instructions to the auditors and regulated institutions. The weaknesses result directly from insufficient staff for the supervision and regulatory functions. Priority attention should be given to increasing the staffing level to better carry out the off-site monitoring requirement and to improve the FSA's ability to actively develop policy that fits with the needs of the Liechtenstein market. An increase in resources will require legislative action to add the positions and to have funding to pay salary, benefits, and provide for office space.

For the ISA, the issue of resources is less pronounced; however, it remains a concern. The ISA oversees 12 life insurance firms, 4 non-life companies, and 5 reinsurance companies, all with growing cross-border activity. The supervision of the insurance activities, along with continuing responsibilities for the oversight of social security (pension funds, health and sickness insurance, and accident insurance), are placing heavy demands on the ISA's small staff. The mission team strongly supports the ISA's intention to develop increased capacity to conduct on-site inspections, with augmented prudential reporting requirements that begin in 2003. This planned activity will need to be appropriately supported with additional professionals for the ISA.

The mission team observes a high level of compliance with international standards for anti-money laundering and combating the financing of terrorism (AML/CFT); particularly, the standard issued by the Financial Action Task Force (FATF). The heightened commitment to AML/CFT efforts reflects, in large part, the FATF's adverse listing of Liechtenstein as a “noncooperative” country in the fight against money laundering in June 2000. Following significant strengthening measures by the authorities and the industry, the FATF observed progress in addressing earlier identified deficiencies and, subsequently, removed Liechtenstein from its list of non-cooperative countries or territories in June 2001 and ceased further monitoring in June 2002.

Planning is underway to create an integrated financial supervisory authority that would bring together the current supervisory and regulatory functions of the FSA, the ISA, and the DDU. The government's January 2002 study that reviewed the options for an integrated supervisory agency proposes that the agency be in place by 2004. The creation of the new agency is now planned for early 2005, with legislative changes to be completed in mid 2004. The mission team strongly supports the timely creation of an integrated regulatory agency, as its creation would provide an efficient vehicle to address some of the resource concerns raised in this assessment. The mission team recommends, in the preparation of implementing legislation, that the drafters be mindful that the new agency should be vested by law with a clear mandate, that there be operational independence (including sufficient funding resources) and flexibility to add staff, that the agency be granted the authority to license and withdraw licenses, levy penalties and other sanctions against regulated entities without approval from government, and that the new agency have the power to make legally binding rules.

This report (Volume I) contains the executive summary; an introduction and financial system overview, including a description of the supervisory and regulatory environment (Chapter I); and a summary discussion of the results of the detailed assessments (Chapter II). Volume II contains the detailed assessments of implementation of the four supervisory and regulatory standards. 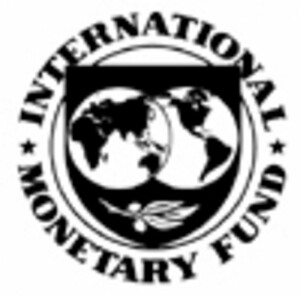