We would like to thank, without implications, Andreas Bauer, Sonja Davidovic, Davide Furceri, Dong He, and Herve Tourpe for their helpful comments and suggestions on earlier versions of the paper; and Mariam Souleyman for excellent administrative and editorial assistance.

These risks are known as “harvest now, decrypt later” attacks.

Cryptanalysis, the analysis of the encrypted secret message (ciphertext) to gain as much information as possible about the original message, studies the algorithms, mathematics and techniques to uncover the secret messages. By exploiting weaknesses in the underlying encryption methods, much can be learned about the original message without knowing the secret key (see Annex III).

“Thousands of Organizations Run the Majority of their Computers on Outdated Operating Systems, Nearly Tripling Chances of a Data Breach.” —BitSight.

In a hash collision attack, an attacker attempts to find two inputs to the hash algorithm that would produce the same hash value. When such a collision is found, the algorithmic hash functions is deemed insecure.

They described a preimage attack based on rotational cryptanalysis that reduces the algorithm rounds against SHA-3 512 bit variation. As a result, less time and memory would be required to find a hash-collision. 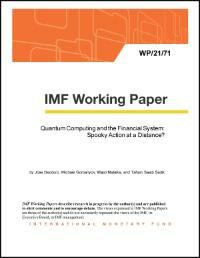