I thank Pelin Berkman and the IMF’s Uruguay country team for helpful discussions. The paper also benefited from conversations with colleagues at Banco Central del Uruguay and at various private sector institutions. I take sole responsibility for the views expressed in the paper.

See Annex 1 for the test result.

The Banco Central del Uruguay aggregates the ISIC classification for exports, which consists of three broad categories: primary activities, manufacturing industries, and electricity, gas, and water. Products are classified as part of manufacturing as long as there is an element of post-primary value added.

This captures both price and quantity effects.

See, for example, the commodity price forecasts of the World Economic Outlook for October 2020.

One may argue that some of the decline can be explained by weather shocks. Though that explains the export volatility more than the trend.

This is partly due to the long production cycle of the industry from tree planting to pulp manufacturing. Thus in any given year, there is relatively few surprises on the supply side, compared to more traditional agricultural commodities.

Defined as GDP per capita relative to the US falling within a 10 percent band around the level of Uruguay 2018.

Defined as the relative GDP per capita growth being higher than 70 percent of the whole sample.

See Annex III for the country/year combinations included in the high-growth peer group and the trade rival group.

Estimations were also run using longer time series starting 1980. Most of the results are not sensitive to changes in time coverage. 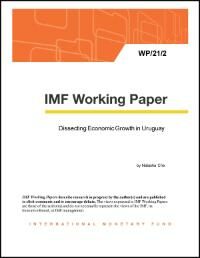 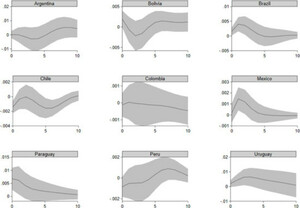 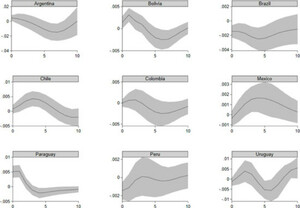 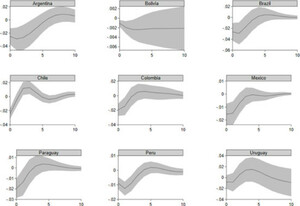 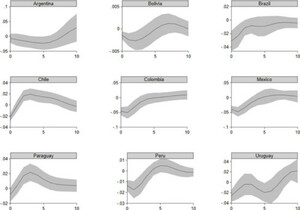