Belize’s tourism sector has witnessed impressive growth in recent years with overnight tourist arrivals registering double digit annual growth rates since 2016. To guide the development of the tourism sector from 2012 to 2030, the government endorsed a National Sustainable Tourism Master Plan in 2011, setting various initiatives and targets for the immediate and medium terms. Using a panel regression analysis on twelve Caribbean countries, this paper finds that accelerating structural reforms, fortifying governance frameworks, reducing crime, and mitigating the impact of natural disasters will help sustain tourism growth in Belize and contribute to economic well-being. This is in addition to tackling infrastructure bottlenecks and mitigating concerns relating to the “shared economy”.

Belize’s tourism sector has witnessed impressive growth in recent years with overnight tourist arrivals registering double digit annual growth rates since 2016. To guide the development of the tourism sector from 2012 to 2030, the government endorsed a National Sustainable Tourism Master Plan in 2011, setting various initiatives and targets for the immediate and medium terms. Using a panel regression analysis on twelve Caribbean countries, this paper finds that accelerating structural reforms, fortifying governance frameworks, reducing crime, and mitigating the impact of natural disasters will help sustain tourism growth in Belize and contribute to economic well-being. This is in addition to tackling infrastructure bottlenecks and mitigating concerns relating to the “shared economy”.

1. Belize’s tourism sector has witnessed impressive growth in recent years with overnight tourist arrivals registering double digit annual growth rates in since 2016. Investments by major international hotels and recent plans to build a multi-million dollar cruise port off the coast of Belize City along with other planned development projects will contribute significantly to economic activity, given the small size of Belize’s economy. To guide the development of the tourism sector from 2012 to 2030, the government endorsed a National Sustainable Tourism Master Plan (NSTMP) in 2011, setting various initiatives and targets for the immediate and medium term.

2. The potential for further growth in Belize’s tourism sector is high. According to a study by the Inter-American Development Bank (IDB), tourism industry in Belize is still an “emerging” rather than a “mature” sector. It is a relatively new industry in Belize when compared to the long-established Caribbean tourism destinations.

3. Given the importance of the tourism sector as the key contributor of Belize’s economic well-being, this paper addresses the following questions:

4. This paper is organized as follows: Section A provides an overview of Belize’s tourism sector and main achievements; Section B discusses the country’s comparative advantages and bottlenecks in tourism; Section C analyzes the impact of structural and institutional reforms on tourist arrivals; and Section D concludes with a discussion of policy implications.

II. How Has Tourism Evolved in Recent Years?

5. Belize’s tourism sector has grown rapidly in recent years, contributing strongly to economic recovery (Figure 1). Tourist arrivals have increased at a rate of 8.6 percent per year from 2010-2018 (15 percent in 2018). In other Caribbean economies, tourist arrivals grew 3.5 percent per year in 2010-2018 (6.1 percent in 2018.) According to the World Travel and Tourism Council (WTTC), the direct contribution of tourism amounted to 15 percent of GDP in 2017, three times higher than the Caribbean average of 4.8 percent of GDP. Its total contribution, when including indirect and induced effects, was estimated at around 41.3 percent of GDP (compared to the Caribbean average of 15.2 percent of GDP). The sector provides direct employment to 13.4 percent of the labor force, rising to 37.3 percent of total employment with the inclusion of jobs that are indirectly supported by the tourism activities. With travel earnings contributing around 40 percent of total exports in 2018, up from 32 percent in 2008, tourism is also the largest earner of foreign exchange.

6. The outturns in tourism have significantly exceeded targets set in the authorities’ National Sustainable Tourism Masterplan (NSTMP). Since the launch of the NSTMP in 2011, overnight tourist arrivals grew at 10.1 percent per year, close to three times higher than the set target, precipitating growth in tourism expenditure of 10.7 percent per year which outperformed the target. Cruise visitors grew by an average 7.5 percent per year (compounded annual rate). Although it has outperformed the target in terms of the number of visitors, cruise tourism expenditure seems to be falling short of target, reflecting either these tourists are not disembarking to visit onshore tourism sites or the lack of capacity in capturing these expenditures.

7. The implementation of the NSTMP reforms has supported the tourism sector’s expansion. To guide the development of the tourism sector, the NSTMP 2011 proposes reforms and targets to propel Belize into an internationally recognized tourist destination by 2030. The five central focus areas include tourism governance, sustainability and quality assurance, infrastructures, marketing, and product development (Appendix 1). It also sets annual growth targets from 2011 to 2030 (Table 1). As of end-2018, 80 percent of the total 54 subprograms that underpin the five focus areas have been completed or in progress. The largest deliveries are in areas relating to tourism marketing, governance, and product development.

III. What Are the Comparative Advantages and Challenges?

8. Belize’s rich biodiversity, multi-cultural heritage, and unique location both in Central America and on the Caribbean Sea bode well for further development of tourism. The natural comparative advantages that put Belize ahead of others in eco-tourism, adventure, and cultural tourism include:

IMF “Week at the Beach Index” measuring the average cost of a 7-day-trip in a beach destination.

Indicates the contributions of health and education to worker productivity.

Based on estimate of governance performance; ranges from -2.5 (weak) to 2.5 (strong).

IMF “Week at the Beach Index” measuring the average cost of a 7-day-trip in a beach destination.

Indicates the contributions of health and education to worker productivity.

Based on estimate of governance performance; ranges from -2.5 (weak) to 2.5 (strong).

9. Cost competitiveness has also helped underpin the rise in tourism demand. Belize’s share of the Caribbean tourism market has been rising steadily and is associated with relatively competitive prices, as reflected in the lower cost of a one-week vacation based on the IMF’s “Week at the Beach“ Index compared to Caribbean average. In addition, the cost of electricity, at US$16/kWh, is one of the lowest in the region. A recent IMF study found the cost of electricity in the Caribbean to be persistently high over the last two decades due to serious inefficiencies in the power sector and dependence on expensive imported petroleum product. This has eroded competitiveness and contributed to the region’s high cost of doing business.2

10. Nonetheless, a number of supply-side bottlenecks and challenges remain:

11. The emergence of the “shared economy” business model has also brought new challenges, in addition to opportunities. The benefits of the peer-to-peer (P2P) accommodation available to customers on digital platforms include the expansion of tourism product, service, and sector offerings; improved access to market; and opportunities for income generation. However, recent studies by the Central Bank of Belize staff (Leslie and Waight, 2019) and by World Bank staff (Bakker and Twining-Ward, 2018) also suggest that the expanding presence of rent-share and P2P accommodation could bring new challenges, including reducing expenditure levels per visitor, adversely affecting the job-intensive hotel sector, and contributes to over-crowding. In particular, P2P accommodations can reduce the demand for hotels from financially-conscious tourists while providing alternative accommodation options for upscale tourists. Similarly-priced hotels in the same areas are impacted the most. Moreover, budget P2P accommodation listings tend to compete directly with lower-end hotels and significant affect their earnings.

IV. How Could Structural and Institutional Reforms Benefit Tourism and Belize’s Economy?

12. The positive effect of infrastructure investment on tourism has been highlighted in a number of empirical studies. A study by Ilić and Jovanović (2016) found infrastructure as an important determinant of tourism development in Southeast Europe (SEE). Specifically, the correlation between tourism competitiveness in SEE countries and the level of competitiveness of tourism infrastructure is high and significant. Turning to the Caribbean, Bolaky (2011) found that tourism competitiveness in the region can be enhanced through policy measures that include, among others, better infrastructure, increases in investment, private sector development, lower government consumption, a more flexible labor market, reduced vulnerability to natural disasters, higher human development and slow rises in oil prices.

13. This section complements existing literature by analyzing the impact of structural and institutional reforms on tourist arrivals. A panel regression analysis, based on a sample of 12 Caribbean countries5, provides quantitative analysis on the contributions of primary school enrollment, regulatory quality, internet access, crime rate, and damage from natural disasters to tourist arrivals. Two other explanatory variables—US real GDP growth and real effective exchange rate (REER)—are included as proxies for external factors and price competitiveness.6 The model is represented by the following equation:

14. The results suggest that structural-institutional indicators are important drivers of tourism growth. Tourist arrivals increase with measures of educational quality, governance, security, and ICT infrastructure. The arrivals-to-population ratio (“Arrivals”) is positively associated with Primary School Enrollment, Regulatory Quality, and Internet Access. It is negatively associated with crime. Increasing enrollment at primary level by 1 percent and raising regulatory quality by 1 point is associated with “Arrivals” being higher by 0.56 percent and 41.7 percent, respectively.7 At the same time, enhancing public access to internet by 1 percent is associated with a 0.28 percent rise in “Arrivals”.

16. External factors, including growth in the US economy, significantly influence tourist arrivals. The impact of the US economy is highly significant as a 1 percent increase in US real GDP growth is associated with an increase in “Arrivals” by 2.4 percent. For Belize, the model estimates imply that about 40 percent of the rise in tourist arrivals in 2018 are explained by US growth.8 This reflects the large share of US tourists which accounted for 70 percent of stay-over tourist arrivals in 2018. In addition, price competitiveness proxied by the REER—although the statistical significance of its coefficient is marginal—remains economically meaningful. A 1 percent reduction in price competitiveness (a 1 percent appreciation of the REER) is associated with “Arrivals” declining by 0.2 percentage points.

17. Gaps exist in some of these metrics, relative to the neighboring countries. Belize appears to be underperforming in some of these structural and institutional indicators relative to the Caribbean, as discussed in Section III. The country is also highly susceptible to natural disasters, and damages could be costly although they may not be as high as some other neighboring countries.9 For example, damages from the 2016 Hurricane Earl were estimated at around 4 percent of GDP, by the National Emergency Management Organization.

18. Reducing these structural-institutional gaps and potential losses associated with climate change could boost tourist arrivals and enhance economic growth. An illustrative simulation suggests that narrowing the gaps of regulatory quality, homicides rate, internet access, and natural disaster damage by ¼ to ¾ compared to the best-performing Caribbean economy could potentially increase tourist arrivals by 22 percent to 66 percent. An empirical analysis on the relationship between tourism growth and economic growth in the Caribbean by Thacker, Acevedo, and Perrelli (2012), suggests that an increase in tourist arrivals by 1 percent could lead to a 1.7 percentage point (ppt) increase in GDP growth. This would imply an additional GDP growth of between 0.4 ppt to 1.1 ppt.

19. The reforms implemented based on the NSTMP over the past decade have supported the development of Belize’s tourism sector. At the same time, sustaining efforts to address various bottlenecks and challenges will help ensure continuous progress and development in tourism that will enhance economic growth.

20. Reforms in the near term should focus on addressing the impact of recurring natural hazards, infrastructure bottlenecks, fortifying the institutional and governance framework, reducing crime, and mitigating concerns relating to the “shared economy”.

21. Medium-term priorities should focus on ensuring continuous and sustainable development of the tourism sector through vocational training and diversification of source markets and attractions. Programs that connect local industries to tourism, as well as local communities to the tourism value chain, should be developed to ensure equitable and sustainable growth in the tourism sector. Promoting formal tourism degrees and tourism graduate programs would mitigate shortages in skillsets and skilled labor. Strategic and more diversified marketing, including leveraging on ICT platforms, could reduce saturation and concentration risks, particularly as North America comprises 75 percent of arrivals at present and tourists still focus on a small number of attractions. 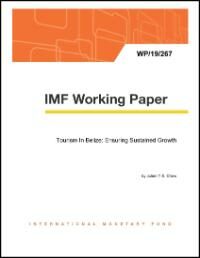 Hotel rooms occupancy rate is among the highest… 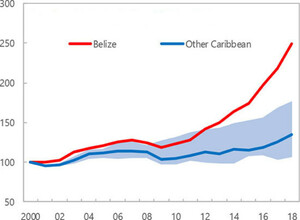 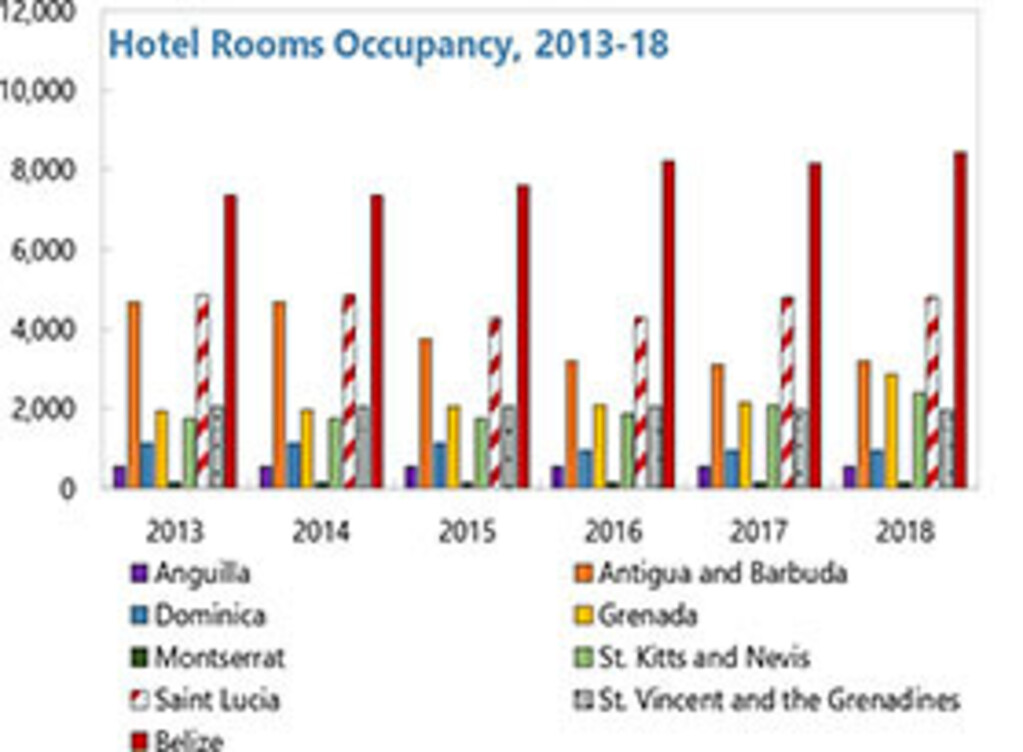 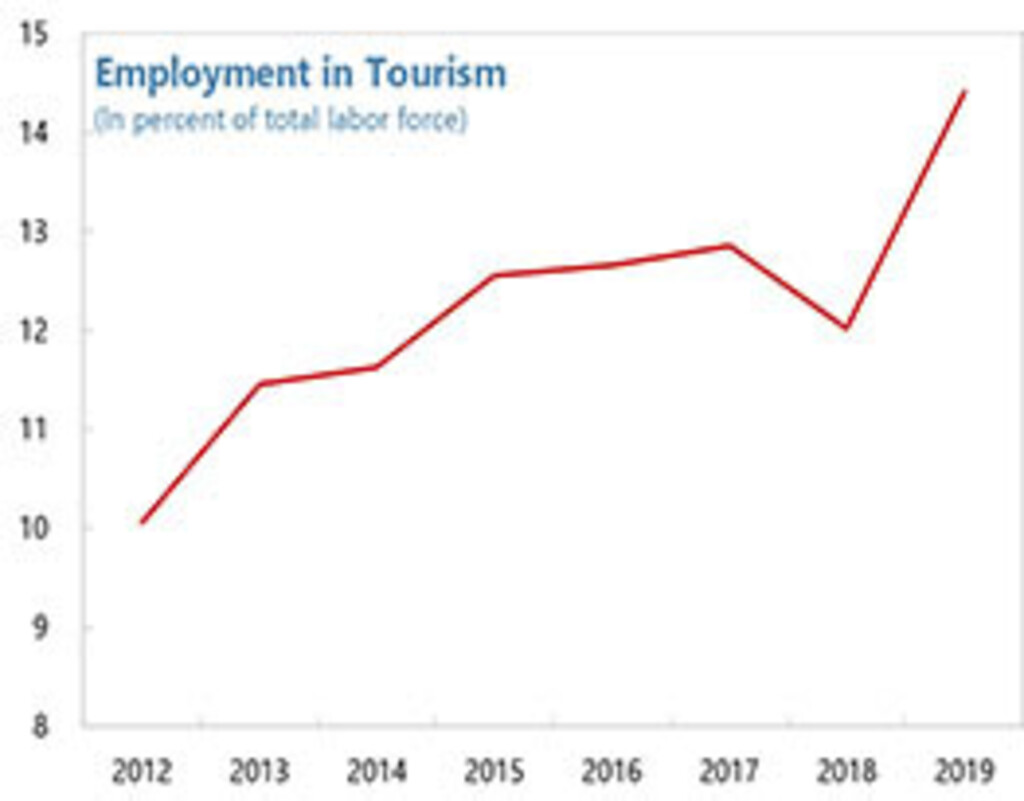 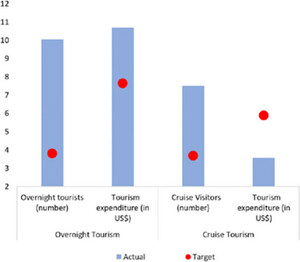 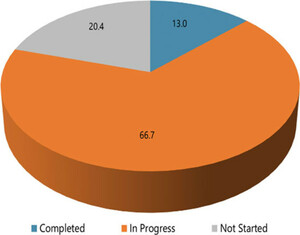 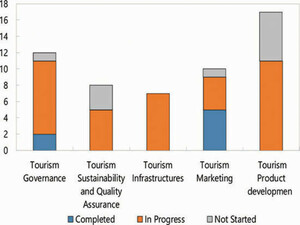 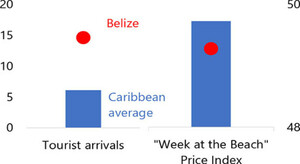 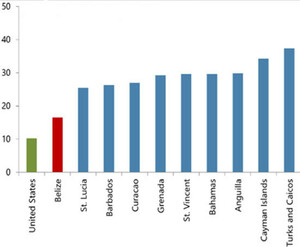 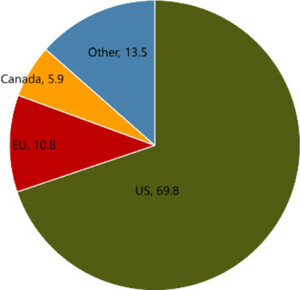 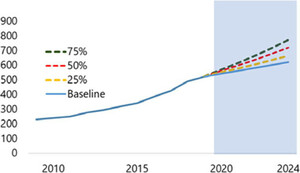