Kevin Clinton and Ondra Kamenik are visiting scholars in the Research Department. We thank Cheng Hoon Lim for useful comments as well as participants at seminars at the IMF and the Department of Finance Canada. We also thank Yiqun Li for his excellent research assistance.

For a discussion of the history of inflation targeting in Canada, see Lane (2015).

Mendes (2014) estimates the neutral real interest rate in Canada at 1-2 percent, which translates to 3-4 percent in nominal terms. A neutral rate as high as 4 percent would imply that monetary conditions have been extremely expansionary since 2009, because the actual policy rate has not been above 1 percent. But this is difficult to square with the subdued growth and inflation. If the latter are attributed to long-lasting economic headwinds, for operational purposes it would be simpler to regard these as part of the environment, rather than shocks, and to reduce the estimate of the neutral rate correspondingly.

In Canada, the ELB has not been tested in practice, but a recent Bank of Canada estimate puts it at about -0.5 percent (Witmer and Yan, 2015).

Svensson (2001) emphasizes these expectations mechanisms as a way to jump start the economy in Japan.

This has been described by some policymakers as finding a path that “looks good” (Svensson, 2002, and Qvigstad, 2005).

This corresponds to the observation by Eggertsson and Woodford (2003): “In fact, the management of expectations is the key to successful monetary policy at all times, not just in those relatively unusual circumstances when the zero bound is reached.” See also Woodford (2005).

A rolling filter determines the estimates of latent variables.

The shocks are estimated from historical filtration of the model.

A regime that targets the path of the price level would systematically produce this kind of response (Svensson, 1999).

In the sensitivity analysis (Figure 11), we look at the implications of more inertia in the inflation process, in other words, a case where λ1 is reduced from 0.75 in the base case to 0.65, and at the same time the weight on the inflation target (1-λ7) is reduce to 0. 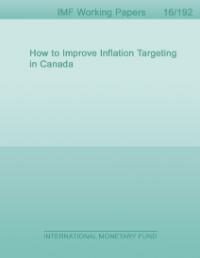