This paper is based on part of the author’s doctoral dissertation at Columbia University. The author would like to thank Alberto Giovannini, Mohsin S. Khan, Peter Montiel, Tom Morrison, Robert A. Mundell, and Vincent R. Reinhart for helpful suggestions. All remaining errors are the responsibility of the author.

See Table A-1 in Appendix A for definitions of all the variables used in this paper.

This assumption is not necessary, and it is employed only to simplify the analysis and avoid considering factor payments to the commodity supplier.

The share of the U.S. in the total trade of primary commodity exporting countries with industrial countries is about equal in size to the share of 13-country “bloc” used in the empirical work. 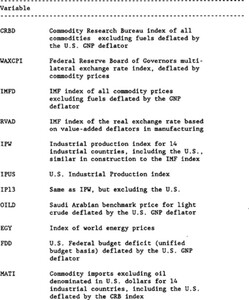 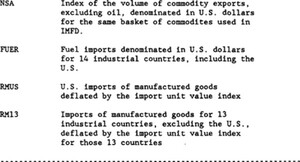 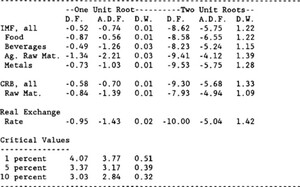