After a major setback in late 2011, global economic prospects gradually improved in early 2012, but concerns over the strength of the recovery resurfaced in the second quarter. Stronger activity in the United States and policies in the euro area in response to its deepening economic crisis helped to address the sharp deterioration in financial conditions and boost market confidence in the first few months of 2012. However, downside risks remained elevated at the end of FY2012, and markets were jittery as concerns about sovereign debt in parts of Europe and pressure on the European banking sector resurfaced.

After a major setback in late 2011, global economic prospects gradually improved in early 2012, but concerns over the strength of the recovery resurfaced in the second quarter. Stronger activity in the United States and policies in the euro area in response to its deepening economic crisis helped to address the sharp deterioration in financial conditions and boost market confidence in the first few months of 2012. However, downside risks remained elevated at the end of FY2012, and markets were jittery as concerns about sovereign debt in parts of Europe and pressure on the European banking sector resurfaced.

With markets volatile, the outlook remained fragile as FY2012 closed. Policymakers needed to continue implementing the fundamental fiscal and structural reforms required to achieve healthy and sustainable growth over the medium term. The challenge for advanced economies was how to do this while supporting still-weak growth in the near term. In the euro area, further progress was needed to create a stronger currency union, including steps to intensify fiscal coordination and ex ante fiscal risk sharing, strengthen banking systems, and reduce the dependency linkages between banks and sovereign financing. Emerging market and developing economies faced the challenge of calibrating macroeconomic policies to counter global downside risks and support growth while, in some cases, efforts were needed to keep overheating pressures from reaching excessive levels.

Two Steps Forward, One Step Back

The world economy rebounded gradually during the first quarter of 2012 after suffering a major setback in late 2011. Concerns about financial stability in the euro area and intense market stress threatened to pitch Europe, and possibly all advanced economies, into another deep recession. However, a more robust policy response in Europe helped to stabilize markets, and activity in the United States continued to improve. In addition, most emerging market economies and low-income countries maintained solid growth rates. However, ongoing economic and financial difficulties in the euro area, combined with political uncertainties there, continued to pose a critical source of vulnerability to the global recovery as of the end of FY2012.

Indeed, the financial market turbulence during FY2012 highlighted the risk of adverse, self-fulfilling shifts in market sentiment. These can push fragile economies rapidly into a bad equilibrium of rising yields, a bank funding squeeze, and tighter credit growth, with adverse feedback to the real economy. With decisive action by the European Central Bank to provide large amounts of long-term liquidity to banks, fiscal adjustment and structural reforms by key euro area members, improvements in European Union governance structures, and agreement on the details of the European emergency financing facilities, the policy response in Europe strengthened in the early part of 2012. Other central banks also took policy steps to ease monetary conditions, and credit risks retreated. However, risks to global financial stability remained elevated. Bank lending standards had tightened, broader financial conditions had deteriorated, and bond markets remained fragile and volatile.

This was (and is) the legacy of the Great Recession and the financial crisis. As suggested by historical experience, the process of deleveraging takes time and tends to dampen economic activity. The close of FY2012 found many economies still weighed down by high debt burdens across multiple sectors, so balance sheet repair extended across governments, corporations, and households, often simultaneously. In addition, many countries with large external debts confronted the challenge of rebalancing in the face of serious competitiveness problems and subdued external demand. Policymakers needed to design a careful and sophisticated mix of financial, macroeconomic, and structural policies that would ensure a smooth deleveraging process, support growth, and facilitate rebalancing.

Against this background, the overall outlook remained fragile at the end of FY2012. In the April 2012 World Economic Outlook, global growth was projected to drop from about 4 percent in 2011 to 3½ percent in 2012, ticking up slowly to 4 percent again in 2013. The euro area was projected to go into a mild recession in 2012 as a result of the sovereign debt crisis, the effects of bank deleveraging on the real economy, and the impact of fiscal consolidation. In the advanced economies as a group, output was expected to expand by only 1½ percent in 2012 and 2 percent in 2013. Job creation in these economies would, it was thought, remain sluggish, and unemployment was expected to remain near 8 percent.

In emerging market and developing economies, real gross domestic product (GDP) growth was projected to slow slightly to 5¾ percent in 2012, from 6.2 percent in 2011, before rebounding to 6 percent in 2013. As FY2012 was winding down, these economies continued to reap the benefits of strong macroeconomic frameworks and earlier structural reform, although domestic vulnerabilities had been gradually building after a decade of strong growth supported by rapid credit growth or high commodity prices.

Risks to the outlook remained firmly on the downside. First, ongoing concerns about the euro area debt crisis continued to undermine financial market stability and remained the single biggest source of risk to the world economy. A sharp escalation in the crisis could trigger a generalized flight from risk that would have a very negative global impact. Excessive deleveraging in European banks, for example, could expose vulnerabilities in emerging markets, triggering renewed portfolio outflows and upsetting domestic financial stability. Second, geopolitical uncertainty could raise oil prices sharply and undermine world growth. Over the medium term, risks relating to persistently weak activity and high public debts and deficits in advanced economies could undercut support for fiscal adjustment and trade and financial integration.

Getting Two Steps Ahead

Looking ahead from the vantage point of the end of FY2012, governments would need to strengthen policies to solidify the weak recovery and contain the downside risks. This would involve further efforts to address the euro area crisis, a measured approach to fiscal consolidation in response to weaker activity, continued accommodative monetary policies, and ample liquidity to the financial sector. Over the medium term, the challenge would be to improve the weak growth outlook in the major advanced economies.

Starting with the euro area, the authorities needed to build on the important measures taken in FY2012 to strengthen the crisis response mechanism. Fiscal consolidation needed to continue steadily but be structured to avoid an excessive decline in demand in the near term. There could be room for further monetary easing, and the banks would need to be recapitalized, with a focus on avoiding destructive deleveraging of the banking system to promote an adequate flow of credit to the private sector. Over the medium term, changes were needed to remedy weaknesses in the design of the currency union that contributed to the crisis: a better mechanism to deliver responsible and consistent fiscal policies, including the possibility of having EU institutions actively involved in national budgetary plans; expansion in fiscal risk sharing to ensure that problems in one country do not develop into a costly financial crisis in another; a more integrated euro area financial system that includes common supervision and regulation, deposit insurance, and bank resolution; and measures across the region to narrow the structural reform gap, including in labor markets.

In other advanced economies, there remained an urgent need for strong, sustainable fiscal consolidation plans over the medium term that would put public debt on a clear sustainable path, particularly in Japan and the United States. Medium-term fiscal plans needed to involve strengthening fiscal institutions and reforming entitlement programs, for example, linking retirement age to life expectancy or improving cost incentives in the health care sector. Articulating plans to tackle these issues would demonstrate policymakers’ willingness and ability to act, thereby helping to rebuild market confidence in the sustainability of public finances early in the process. At the same time, given the weak growth prospects, those with fiscal policy room, in terms of the strength of their fiscal accounts and credibility with markets, could reconsider the pace of consolidation so that growth was not adversely affected. Others could let automatic stabilizers operate freely for as long as they could readily finance higher deficits.

Aside from fiscal policy, the most important priorities remained, as of the end of FY2012, the regulation and supervision of the global financial sector, and productivity-enhancing reforms to boost potential output. In the United States, a more forceful approach might be needed to address problems in real estate markets, and accelerate the repair of household balance sheets.

Unemployment remained unacceptably high. More than 200 million people worldwide were out of work at the end of FY2012, and in some countries in southern Europe, half of all young people were unable to find a job. Structural reforms needed to include income support and training for the unemployed to help raise productivity and increase labor force participation. Measures that would encourage bank lending to small and medium-sized enterprises, which account for a large share of employment, would also help. The challenge for emerging market and developing economies was how to manage macroeconomic policies to address, in some cases, the downside risks from weak growth in advanced economies and financial market volatility, while in other cases keeping overheating pressures in check. Depending on the specifics of each case, this could involve measures to respond to lower domestic and external demand, preparing to cope with adverse spillovers from advanced economies and capital outflows, rebuilding fiscal buffers and reserves, removing monetary accommodation, and strengthening prudential policies and frameworks. In low-income countries, fiscal policy needed to contain the damage to public balance sheets by targeting subsidies only to the most vulnerable households.

The final months of FY2012 confirmed that the successful international cooperation that drove the coordinated policy response in the early days of the financial crisis was still needed to secure lasting growth. Fiscal consolidation alone could not treat the economic malaise and could, in the face of low growth, lead perversely to a worsening of debt ratios in the short term. The drop in consumption among countries with large external deficits had not been offset by stronger consumption in surplus countries, so the world had experienced a net loss of demand and growth. Countries with high saving rates needed to seek to address distortions that suppress consumption, while countries with excess credit-driven growth needed to rein in credit growth and demand. Supported—as appropriate—by more market-determined exchange rates, this would help sustain growth prospects in these countries and the rest of the world.

Policy cooperation was also important to ensure a safe and stable financial system that served the interests of households and business. At the global level, new regulations needed to be implemented consistently across borders. Further efforts were also essential to resolve problems in connection with institutions considered too big or too complex to fail, the shadow banking system, and cross-border issues related to bank resolution and collaboration between bank supervisors. Bank regulation and supervision had become a global exercise that could only be pursued collaboratively, lest institutions engage in regulatory arbitrage, as they had done in the past, and undermine the prudential controls and safeguards embodied in new regulations. 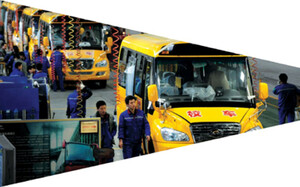 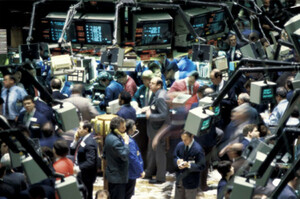 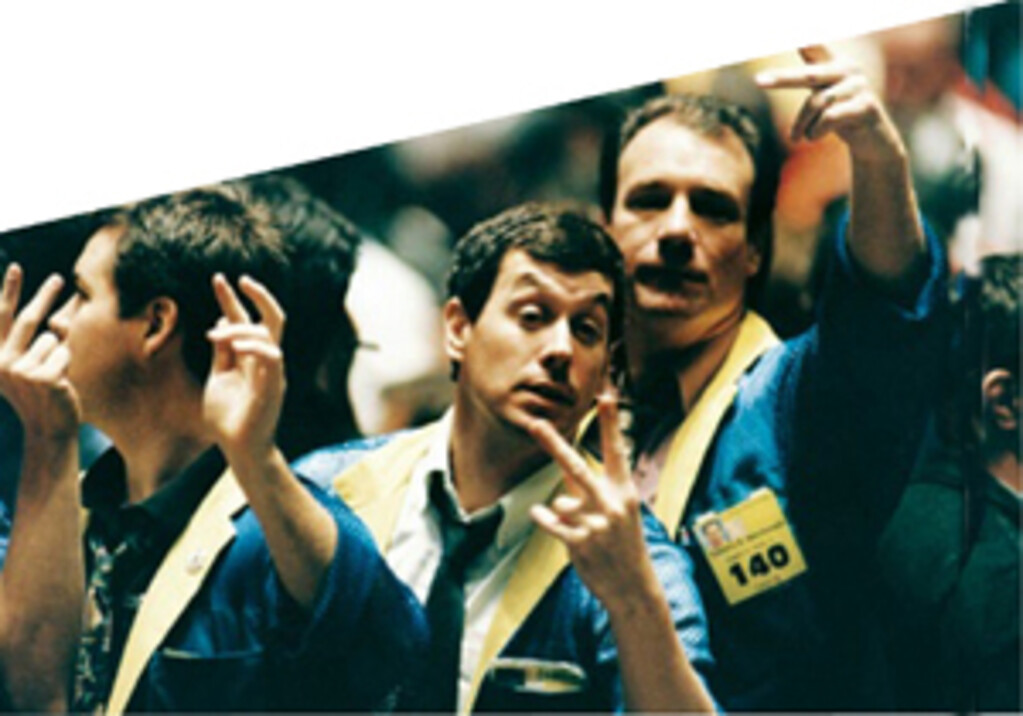 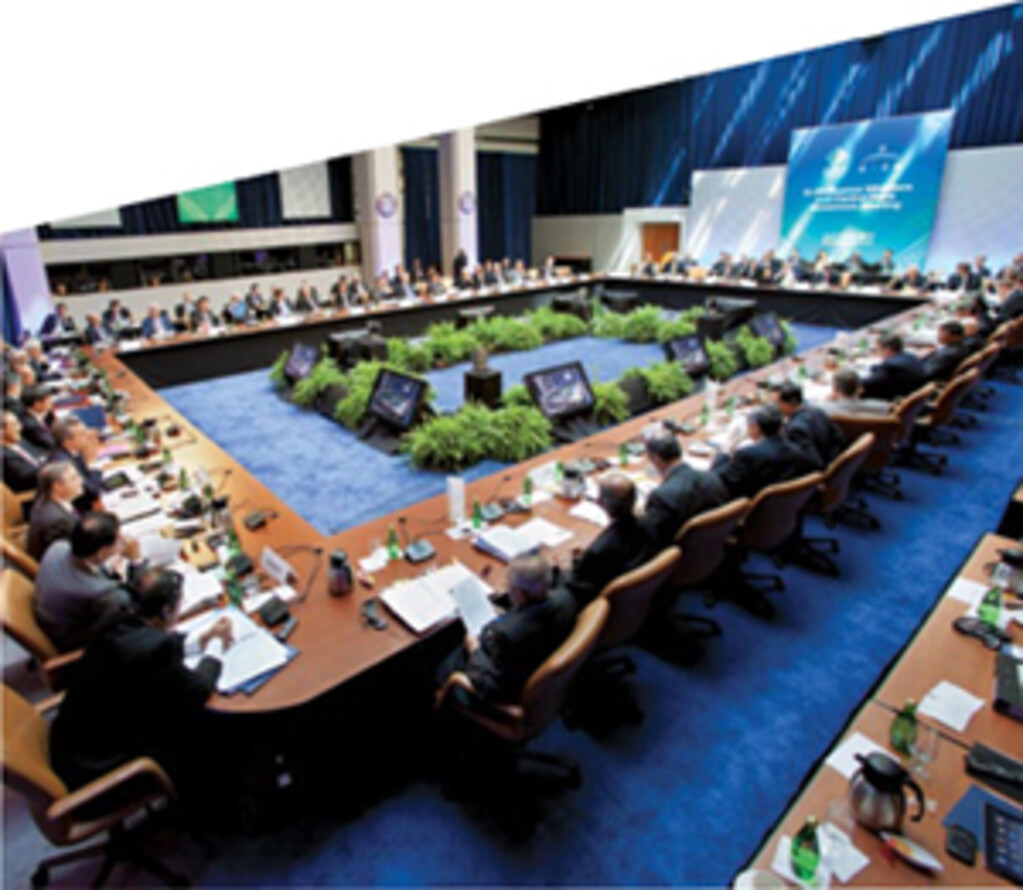