The IMF remains central to efforts to restore the global economy to a robust and sustained growth path. The institution’s work during FY20111 focused on providing policy advice and technical support to member countries to help achieve this goal, meeting the financing needs of countries to support their adjustment efforts, including through programs in Greece, Ireland, and Portugal (the latter in early FY2012), putting in place systems that will strengthen the institution’s ability to identify and respond to global economic risks as they emerge, and working on reforms that will strengthen the international monetary system.

The IMF remains central to efforts to restore the global economy to a robust and sustained growth path. The institution’s work during FY20111 focused on providing policy advice and technical support to member countries to help achieve this goal, meeting the financing needs of countries to support their adjustment efforts, including through programs in Greece, Ireland, and Portugal (the latter in early FY2012), putting in place systems that will strengthen the institution’s ability to identify and respond to global economic risks as they emerge, and working on reforms that will strengthen the international monetary system.

During the year, agreement was reached on a fundamental overhaul of the IMF’s governance structure. The reforms will bring about a substantial shift in voting power toward dynamic emerging market and developing countries, while protecting the voice of the poorest member countries, and enhance the IMF’s legitimacy and effectiveness.

The global economy has continued to recover over the past year, although growth remains uneven across countries. In many advanced countries, growth continues to be relatively weak, held back by high unemployment rates, weak financial conditions, and concerns about the fiscal and financial sector outlook. Difficulties in a number of European countries have been particularly acute. In contrast, growth in emerging markets is strong, and with inflation rising, there are growing concerns about overheating in a number of these economies.

Given the uneven nature of global growth, policy challenges differ considerably across countries. In most advanced countries, the main policy challenge is to sustain the recovery and reduce unemployment while moving forward with the required fiscal adjustment and financial sector repair and reform. For most emerging market and developing countries, there is a need to accelerate the unwinding of accommodative macroeconomic policies to avoid overheating in the face of strong economic activity, credit growth, capital inflows, and broader inflation pressures, while ensuring that the poor are protected from the effects of higher food and fuel prices. Progress also needs to be made in reducing risks to financial stability from still-large global imbalances by increasing the contribution of net exports to growth in economies with large current account deficits and, conversely, by increasing the role of domestic-demand-driven growth in economies with large current account surpluses. Continued policy cooperation between countries will be needed to secure robust and sustainable global growth. Careful policy design at the national level and coordination at the global level, important at the peak of the crisis two years ago, remain equally so today.

During FY2011, IMF activities focused on providing the financial and other support that member countries needed to deal with the lingering effects of the global crisis and identifying and promoting the implementation of policies that will secure sustained and balanced growth in the world economy going forward.

Demand for Fund resources remained high during the year, with 30 financing arrangements or augmentations of existing arrangements approved by the Executive Board. High-profile programs with Greece and Ireland, in conjunction with partners in Europe, supported economic reforms to secure sustainable public sector finances so that growth and jobs can be restored. The Greek program aims to boost competitiveness, while Ireland’s program focuses on restoring financial sector stability. Both programs are designed so that the adjustment burden is shared and the most vulnerable groups are protected. During the year, Flexible Credit Lines (FCLs) were approved for Colombia, Mexico, and Poland, as was a Precautionary Credit Line (PCL) for Macedonia, while 17 low-income countries had programs approved or augmented with support from the Poverty Reduction and Growth Trust.

The IMF also intensified its policy dialogue with countries in the Middle East/North Africa region—notably Egypt and Tunisia—to assist governments in managing the economic challenges arising from the political developments of the Arab Spring. Additionally, a review of safeguards assessments of central banks affirmed the continued effectiveness of these assessments in maintaining the Fund’s reputation as a prudent lender.

Further steps were also taken to strengthen the IMF’s surveillance activities. For example, agreement was reached to strengthen work on “spillovers”—the situation in which economic developments or policy actions in one country affect other countries—by producing pilot “spillover reports” for the five most systemically important economies or economic regions (China, the euro area, Japan, the United Kingdom, and the United States). The aim of this exercise is to improve the IMF’s understanding of the interconnected nature of the world economy, in order to support better policy collaboration at the global level. Greater focus was also placed on financial sector surveillance and macrofinancial linkages. Agreement was reached to make financial stability assessments under the Financial Sector Assessment Program (FSAP) mandatory for countries with systemically important financial sectors and to integrate financial stability assessments more fully into the Fund’s surveillance of member countries. The IMF continued its semiannual Early Warning Exercises, which are undertaken in cooperation with the Financial Stability Board, to examine unlikely but plausible risks that could have an impact on the global economy. It also continued its support of the Group of Twenty’s (G-20’s) Mutual Assessment Process (MAP) and is coordinating work at the international level to address data gaps highlighted by the global crisis. Additionally, an analytical framework was introduced for assessing the vulnerabilities of low-income countries to global shocks.

A considerable amount of work was undertaken during the year to strengthen the functioning and stability of the international monetary system. Although the system proved resilient to the crisis, tensions—seen through large global imbalances, volatile capital flows and exchange rate movements, and large reserve accumulation—remain a concern. During the year, the IMF looked at policies to manage capital flows, how to assess the adequacy of international reserves held by countries, and the potential contribution that the IMF’s Special Drawing Rights (SDRs) could make to improving the long-term functioning of the international monetary system.

Reforming and Strengthening the IMF to Better Support Member Countries

A fundamental overhaul of the IMF’s governance structure was agreed upon in December 2010. Quota reforms and changes to the composition of the institution’s Executive Board will enhance the Fund’s credibility and effectiveness by making its governance structures more reflective of today’s global reality. The quota reforms, built on those initiated in 2008, will double quotas to approximately SDR 476.8 billion (about US$773 billion), shift quota shares by over 6 percentage points toward dynamic emerging market and developing countries, and protect the quota shares and voting power of the poorest members. With this shift, Brazil, the Russian Federation, India, and China (the so-called BRIC countries) will be among the Fund’s 10 largest shareholders. Proposed reforms to alter the structure and composition of the IMF’s Executive Board, whose strength is vital to the institution’s effective functioning, include moving to an all-elected Board and reducing the combined Board representation of advanced European members by two chairs. The proposed quota increases and the amendment to the Fund’s Articles of Agreement required to enact the reform of the Executive Board must now be accepted by the membership, which in many cases involves parliamentary approval. Members have been asked to complete ratification by the 2012 Annual Meetings.

In March 2011, members of the International Monetary and Financial Committee (IMFC) selected Tharman Shanmugaratnam, Minister for Finance and Deputy Prime Minister of Singapore, as Chairman of the Committee for a term of up to three years. Minister Tharman succeeded Youssef Boutros-Ghali, Egypt’s former Minister of Finance, who resigned the previous month.

The IMF continued to reform its financing toolkit during FY2011. The Flexible Credit Line, created in March 2009, was refined to be more useful and effective in crisis prevention. A new Precautionary Credit Line was introduced and made available to a wider group of countries than the FCL, and a Post-Catastrophe Debt Relief (PCDR) Trust was established to allow the Fund to join international debt relief efforts when poor countries are hit by the most catastrophic of natural disasters.

Technical assistance delivery remained at a high level in FY2011 and continued to focus on helping countries recover from the aftermath of the global financial crisis and strengthening policy frameworks to support sustained growth. New partnerships with donors were formed during the year to ensure sufficient resources to meet the continued heavy demand for technical assistance. To ensure that they respond to the priorities and meet the needs of member countries, IMF training courses continued to be evaluated and adapted. During FY2011 additional training was offered on macroeconomic diagnostics and financial sector issues.

Substantial steps were taken in FY2011 to strengthen the resources available to the IMF and meet the potential financing needs of its member countries. In addition to the quota agreement mentioned in the previous section, the 2008 quota reform, which provides for ad hoc quota increases for 54 members totaling SDR 20.8 billion, entered into effect in March 2011. The IMF also negotiated a significant expansion of its standing arrangements to borrow from member countries through the New Arrangements to Borrow (NAB), which became effective in March 2011. The expansion will initially increase the NAB more than tenfold to SDR 367.5 billion (about US$596 billion), although the NAB will be correspondingly scaled back once the new quota resources become available.

As part of the revised income model for the IMF approved in 2008, it was agreed that a limited portion of the IMF’s gold holdings would be sold and used to fund an endowment to generate returns to provide support for the Fund’s ongoing budget. In July 2009, the Executive Board decided that in addition to funding this endowment, part of the gold sale proceeds would be used to increase resources available for concessional lending. The gold sales were completed—through both on- and off-market transactions—in December 2010.

Several key changes in the Fund’s management took place during the year or early in FY2012. Dominique Strauss-Kahn resigned as Managing Director in May 2011, and the Executive Board initiated the selection process for the next Managing Director, which was completed in June 2011, with the naming of Christine Lagarde as the Fund’s new Managing Director. Also, Deputy Managing Director Murilo Portugal left the Fund in March 2011 and was replaced by Nemat Shafik.

In the area of human resources management, efforts continued during the year to recruit and retain the high-caliber, diverse staff that is essential to the institution’s success. A strong recruitment drive and the implementation of a number of important human resources policy reforms—including the introduction of a new system for salary adjustments, changes to the Medical Benefits Plan, and a new compensation and benefits program for locally hired staff in overseas offices—helped move toward these objectives during the year.

IMF efforts to explain its work to external audiences and strengthen engagement with the membership were stepped up during FY2011. A major conference that discussed Asia’s role in the global economy (“Asia 21: Leading the Way Forward”) was held in Daejeon, Korea, with more than 500 high-level participants. Meetings continued with the existing Regional Advisory Groups for Asia and the Pacific, Europe, the Middle East, Sub-Saharan Africa, and the Western Hemisphere (and a new group was formed during the year for the Caucasus and Central Asia), and a joint meeting of these advisory groups was held at the October 2010 Annual Meetings. The IMF also broadened its interactions with trade unions, including through a conference in Oslo, “The Challenges of Growth, Employment, and Social Cohesion,” sponsored jointly with the International Labor Organization. 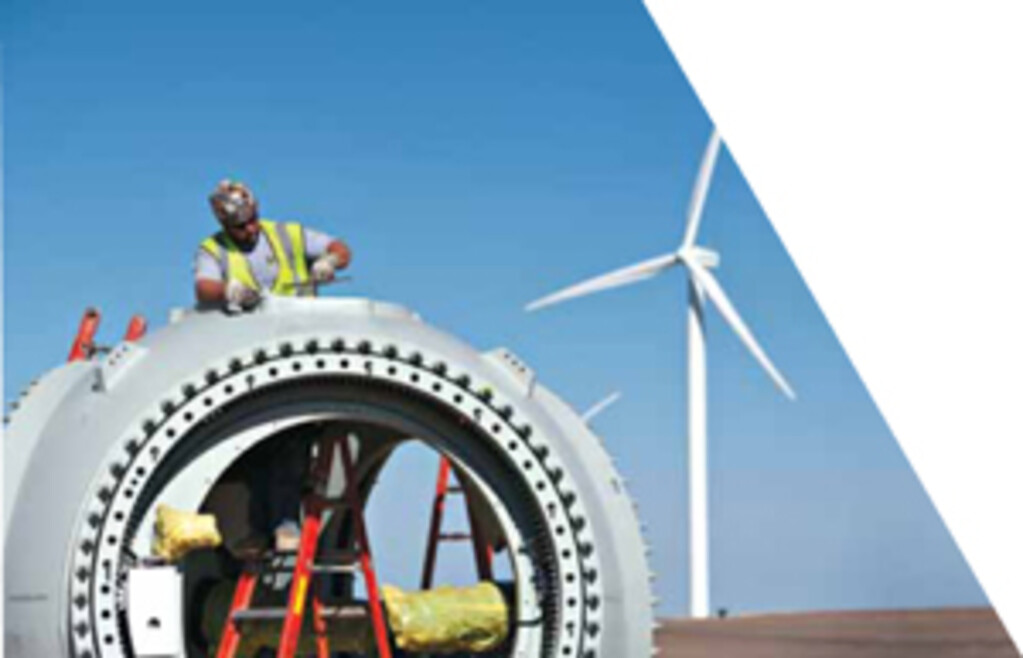 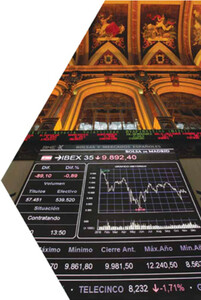 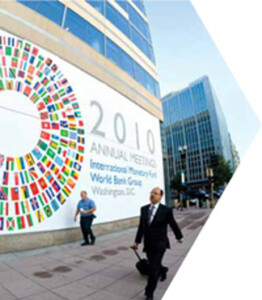