Since the economic takeoff of the countries of the Association of South East Asian Nations (ASEAN) began in earnest in the 1970s, their importance in the world economy has increased dramatically (Table 1).1 On current trends, by the turn of the century this group will have more than doubled its share of world output and income since 1975 to reach almost 6 percent, which will approximately match its share of world population. This would give ASEAN an economic weight about halfway between those of Germany and Japan. Over the same period, ASEAN’s share of world trade will have increased three and a half times to about 8 percent, a share corresponding to that of Japan today. ASEAN’s share of total foreign direct investment (FDI) received by developing countries is estimated to average about 25 percent in the 1990s compared with just a trickle in the early 1970s. By the year 2000, these countries are expected to account for over 8 percent of global saving and investment, almost four times their share in 1975. And per capita GDP in purchasing power parity terms will have increased from less than $1,000 to almost $10,000 in just one generation.

Cyclical Pattern of Output Growth in ASEAN and Industrial Countries

Inflation in ASEAN and Industrial Countries 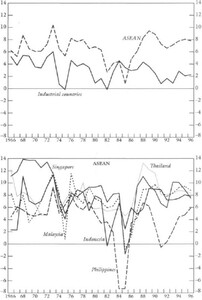 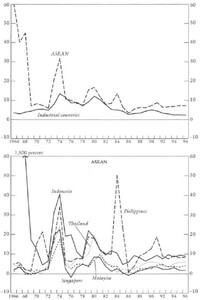 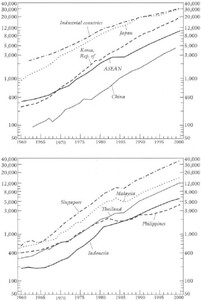 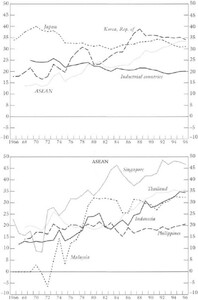 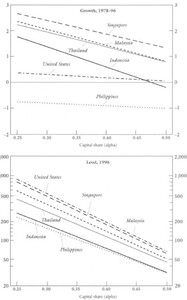 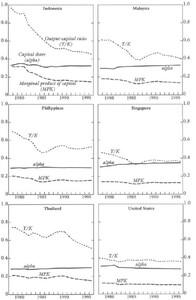