As FY2014 drew to an end, the world economy was gradually turning the corner of the Great Recession. The recovery was gaining momentum and global financial stability was improving. Yet growth remained too slow and too weak for comfort, and millions of people were still out of jobs. Rising geopolitical risks had injected new concerns.

As FY2014 drew to an end, the world economy was gradually turning the corner of the Great Recession. The recovery was gaining momentum and global financial stability was improving. Yet growth remained too slow and too weak for comfort, and millions of people were still out of jobs. Rising geopolitical risks had injected new concerns.

Policy actions in FY2014 helped stabilize the global economy. The United States has adopted a budget and debt ceiling extension, and a strengthening economy has set the stage for normalization of monetary policy. These steps removed important uncertainties that were clouding the outlook in October 2013. In Europe, greatly reduced tail risks due to the implementation of policies at the national and regional levels and the return of growth in almost all countries led to substantial improvements in market confidence in both sovereigns and banks. In Japan, “Abenomics” was making a good start as deflationary pressures were abating and confidence was rising. And emerging market economies, after having experienced several bouts of volatility, were adjusting policies in the right direction.

Yet global financial stability was facing new challenges, even as the legacy of the crisis was receding. The United States needed to ensure an orderly exit from unconventional monetary policy and to contain emerging vulnerabilities in the shadow banking system. In the euro area, high unemployment and incomplete repair of bank and corporate balance sheets continued to be a drag on the recovery. And in emerging market economies, tighter external financial conditions could expose vulnerabilities from rapid buildup of leverage and balance sheet mismatches and precipitate financial instability. As such, the recovery remained modest and fragile.

Global activity strengthened in 2013, largely due to improvements in advanced economies. The pace of global activity picked up in the second half of 2013 to 3⅔ percent at an annual rate—a marked uptick from the 2⅔ percent recorded in the preceding six months. In the April 2014 World Economic Outlook, growth was forecast to strengthen to 3.6 percent in 2014 and 3.9 percent in 2015. The drivers of growth continued to shift, with advanced economies accounting for much of this uptick. Emerging market and developing economies continued to contribute more than two-thirds of global growth, even if at a slower pace than in the past.

In advanced economies, activity picked up but at varying speeds. Growth was strongest in the United States, supported by robust private demand and easing financial conditions, setting the stage for normalization of monetary policy. Even so, putting in place a durable medium-term fiscal plan remained critical.

In the euro area, a modest but uneven recovery was taking hold—stronger in the core but weaker in the stressed economies, where high debt, high unemployment, and credit constraints were holding back momentum. Encouraging steps had also been taken to establish a banking union and progress had been made toward conducting a comprehensive assessment of bank balance sheets. Yet implementing a common fiscal backstop was a work in progress. Longer-term concerns about productivity and competitiveness lingered despite progress on structural reforms.

Japan also saw a stimulus-induced surge in activity, which is projected to moderate as the effects of the necessary consumption tax increase unfold. However, for growth to be sustained, the remaining two arrows of Abenomics—structural reforms and a concrete medium-term fiscal plan—still needed to be shot.

With supportive monetary conditions and a smaller drag from fiscal consolidation, overall growth for advanced economies was projected to increase to about 2¼ percent in 2014–15—an improvement of about 1 percentage point compared with 2013.

Activity in emerging market and developing economies, which had been slowing, picked up slightly in the latter part of 2013, driven by stronger demand from advanced economies. At the same time, tighter external financial conditions and continued investment weakness were a drag on domestic demand. Overall, output in emerging market and developing economies expanded at a healthy clip of 4.7 percent in 2013 and was expected to firm up further to 4.9 percent in 2014.

Low-income countries were a particularly bright spot, posting the highest growth rate, at 6.1 percent in 2013—a trend expected to continue through 2014–15. At the same time, prospects in several economies in the Middle East and North Africa were held back by difficult internal transitions and social unrest.

While acute risks had receded, some old challenges persisted and new ones emerged. Among the new risks was that of prolonged low inflation in advanced economies, especially the euro area. This could suppress demand and output, depress growth and jobs, and make the process of restoring competitiveness in stressed economies even harder. Further monetary easing, including through unconventional measures, was needed in the euro area to help achieve the European Central Bank’s price stability objective. Quantitative easing was also recommended to be sustained in Japan.

The second new risk was in emerging market economies. Corporate leverage had been rising, and there was the added risk of heightened market volatility associated with monetary policy normalization in the United States, all against the background of a less forgiving external financial climate. Previous bouts of volatility affected countries with larger domestic and external imbalances. Strong policy responses by those economies would likely be the best safeguard against turbulence and preempt the risk of contagion and broad-based financial stress.

Thirdly, new geopolitical risks emerged, such as the situation in Ukraine, which could have significant spillovers. These risks could potentially affect commodity prices, supply chains, and financial flows.

At the same time, some lingering risks still needed to be fixed. As highlighted in the April 2014 Global Financial Stability Report, financial system reform was incomplete and the financial system remained at risk, with systemic liquidity mismatches and limited progress in tackling the too-big-to-fail problem. Many countries still faced the challenge of reducing high deficits and debts while safeguarding growth. Unemployment remained unacceptably high and inequality was rising.

Toward A Dynamic, Job-Rich Recovery

Overall, a modest recovery was under way, but needed to change gears toward more rapid, sustainable, and job-rich growth. Ambitious policies were needed across the membership to avoid a medium-term low-growth trap and to secure global financial stability. To address the challenges, action was called for on four main fronts.

Potential growth was low in many advanced economies and could be higher in emerging market economies. A renewed focus on structural reforms was needed to tackle supply side impediments and improve productivity. In advanced economies, policymakers were advised to press ahead with reforms to labor, product, and services markets. Emerging market and developing economies also needed to strengthen effective and rules-based market institutions. Increased investment would be essential both in advanced economies to upgrade infrastructure networks and in emerging and developing economies to remove infrastructure bottlenecks.

Manage the transition from liquidity-driven to growth-driven markets

The April 2014 Global Financial Stability Report underscored the importance of completing the global regulatory reform agenda, addressing vulnerabilities in the shadow banking system, and resolving the too-big-to-fail problem. In the United States, timing, execution, and communication were deemed critical to ensure an orderly process of monetary normalization. As global financial conditions were expected to continue to tighten, emerging market economies were advised to enhance their resilience through strong macroeconomic and prudential policies and to provide liquidity if needed to preserve financial system stability. In the euro area, repair of bank and corporate balance sheets was essential to deal with financial fragmentation, along with progress on banking union. Emerging market economies needed to deepen financial markets to enhance resilience to external financial shocks.

Tackle the legacy of high deficits and debt

The April 2014 Fiscal Monitor underlined the challenge for many countries of advancing fiscal consolidation while preserving growth. In advanced economies, where the average fiscal deficit had been halved since the crisis peak, the priority was to calibrate the pace and composition of further adjustment and to lower debt ratios to prudent levels. In emerging market economies, where deficits and debt ratios remained above precrisis levels, fiscal tightening would be needed to address vulnerabilities from large nonresident holdings of debt. Policymakers in low-income countries needed to step up revenue mobilization and improve spending efficiency, while guarding against rapid buildup of debt.

Deal with spillovers and global rebalancing

Subpar growth and repeated bouts of market volatility underscored global interconnectedness and the importance of members working together. At the domestic level, close cooperation among policymakers was recommended to enhance the coherence of the macroeconomic policy mix. Implementing credible medium-term fiscal consolidation plans and structural reforms would ease the burden on monetary policy in supporting growth, thereby reducing financial stability risks. At the international level, greater policy cooperation was needed to deliver stronger, more balanced growth and to mitigate risks of negative policy spillovers and spillbacks. In particular, wider discussions by central banks of their plans and contingencies for liquidity support could help in dealing with the challenges associated with the unwinding of unconventional monetary policy in advanced economies. Moreover, greater cooperation was needed to ensure consistency across national initiatives and prevent fragmentation of global financial regulation. Beyond that, concerted efforts continued to be required by both deficit and surplus countries to support global rebalancing. 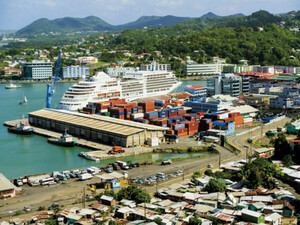 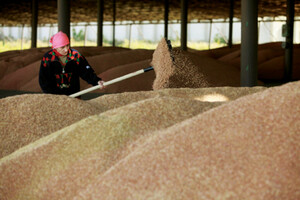 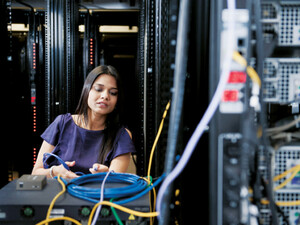 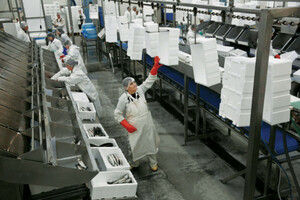 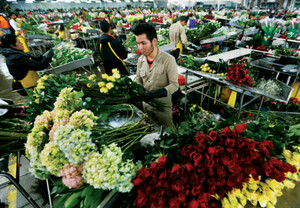 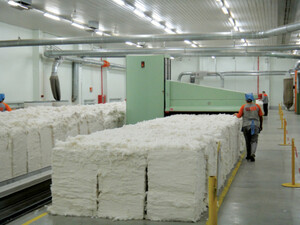