Context: Bhutan is a small, until recently fast-growing, lower middle-income country with deep economic ties to India and a peg to the Indian rupee. Growth in Bhutan was robust during the last Five-Year Plan (2008/09 to 2012/13), driven by the development of the hydropower sector (exporting electricity to India) and a credit-fueled private consumption boom.

Context: Bhutan is a small, until recently fast-growing, lower middle-income country with deep economic ties to India and a peg to the Indian rupee. Growth in Bhutan was robust during the last Five-Year Plan (2008/09 to 2012/13), driven by the development of the hydropower sector (exporting electricity to India) and a credit-fueled private consumption boom.

Outlook and Risks: Growth is estimated to have slowed to 5 percent in FY 2013 from over 10 percent in FY2011, owing to policy efforts to moderate credit growth to contain overheating pressures. Risks are firmly tilted to the downside and stem from high debt levels and the possible surfacing of financial sector vulnerabilities following a prolonged period of rapid credit growth. There is also a risk of renewed external pressures if macroeconomic policies remain expansionary and credit growth rebounds strongly. Additionally, risks emanate from a potential slower-than-expected recovery in India though these risks are mitigated by the concentration of exports in the hydropower sector, which enjoys healthy demand from power-constrained India.

Policy Issues: The main near-term policy challenge is to revive growth while ensuring that external pressures do not reemerge. Fiscal policy should be tightened while preserving social and productive expenditure. On monetary policy, external flows should be fully sterilized and liquidity should be tightened to prevent credit growth from rebounding too strongly. Reserves have to be managed carefully to contain recurrent pressures on rupee reserves, including by aligning the currency composition of reserves with that of the structure of external liabilities and trade.

Context: Kiribati is one of the most remote microstates in the Pacific, with 33 islands spread over a vast ocean area. Given its narrow production and export base, Kiribati continues to rely heavily on revenues from fishing license fees, official transfers, and workers’ remittances to finance its structural trade deficit. There has been some pickup in private sector activity since the start of the broad-based government reform program and with the commencement of the large, key donor-funded infrastructure projects, even though the public sector dominates the economy partly because of limited private sector opportunities.

Outlook and Risks: Consumer and business confidence has improved with the commencement of a road project in 2014 and the anticipated positive spillover. Increased spending related to the donor projects is expected to raise inflation to about 2.5 percent in 2014. Risks to the near–term outlook are balanced. While the positive impact of domestic public works may be larger than presently envisaged, a further softening in the external environment and volatile commodity prices present downside risks to growth. In addition, volatile fishing licenses represent a real risk to the stability of fiscal revenues. In the long term, the country’s vulnerability to climate change and natural disasters presents risks to growth prospects.

Policy Issues: Kiribati’s key economic challenges are to reduce large structural fiscal imbalances and increase growth and employment opportunities, while facing obstacles posed by remoteness, lack of scale, vulnerabilities to external shocks, and climate change The significant fiscal consolidation envisaged by the authorities will help Kiribati’s sovereign wealth fund (the Revenue Equalization Reserve Fund, or RERF) in real per capita terms. In the event of weaker fishing license fee revenues, a more ambitious adjustment in the non-fishing budget would be needed.

Context: After two years of strong expansion, growth was estimated at around zero in FY2013, lower than other Pacific island countries (PICs), owing to declines in construction and tourism. Construction activities slowed due to delayed capital grants and lower capital spending during the change in administration in early FY2013. Contributing factors to the decline in tourism include the cessation of some flights from Asia, the increase in tourism-related fees, and the U.S. dollar appreciation. Typhoon Haiyan last November had minimal impact on growth.

Outlook and Risks: The outlook points to a modest recovery, but is subject to downside risks. Financial market volatility and growth slowdown in Asia, U.S. dollar appreciation, and natural disasters, including those related to climate change, could hurt tourism and growth, weakening external and fiscal positions. Palau’s heavy reliance on food and fuel imports also makes it susceptible to commodity price volatility.

Policy Issues: Given the absence of monetary and exchange rate policies, Palau will continue to rely on fiscal measures and structural reforms to address risks. Without substantial fiscal consolidation over the medium term, Palau’s fiscal position will be unsustainable when the Compact grants expire in 2024. Successful fiscal consolidation is needed to build adequate fiscal buffers and ensure long-term fiscal sustainability and external stability. Improving the investment and business climate would help diversify the economy, reduce economic vulnerability, and support growth.

Source: Republic of Palau—Staff Report for the 2014 Article IV Consultation.

Context: After four years of consecutive growth, unprecedented floods that hit Solomon Islands in early April 2014 have undermined economic activity. The flash floods caused loss of life and widespread damage to key infrastructure, water and sanitation systems, housing, and agricultural output. The country’s only gold mine, a major driver of growth, was closed and is still not operating. On the other hand, performance under the IMF-supported Extended Credit Facility arrangement has been broadly satisfactory. Reserve buffers have been rebuilt and are at a comfortable level, well above the average of other small states.

Outlook and Risks: Economic growth prospects have worsened. Economic growth in 2014 is projected at near zero, despite reconstruction efforts, on account of the closure of the mine and other flood-related income losses. In 2015, activity is expected to increase by 3½ percent led by large foreign-financed infrastructure projects. With the continued decline in logging output, growth will need to be supported by increased productivity across a wide range of sectors. Risks to the outlook are on the downside with the upcoming parliamentary legislative elections adding an element of uncertainty.

Policy Issues: The authorities need to support economic activity through fiscal policy in the short term using fiscal buffers rebuilt in recent years, while strictly reprioritizing toward capital spending. The quality of public spending should be improved by advancing public financial management reform including by enhancing the transparency and accountability of scholarship and constituency funds. The current monetary stance is appropriate but the central bank should stand ready to tighten monetary policy if credit growth surges together with inflationary pressures.

Context: A major cyclone hit Tonga in January 2014, causing damage estimated at 10 percent of GDP. The cyclone came on the heels of very sluggish growth (0-1 percent) in the previous 2 years owing to an unwinding of large public investment. However, the economy is rebounding. Risks to the inflation outlook and the external position are low.

Outlook and Risks: Real GDP growth is expected to recover to 1.4 percent in fiscal year (FY) 2013–14 (to June 30), and further to 3.4 percent in FY2014–15. The damage caused by the cyclone is expected to have reduced growth by about 1 percent in FY2013–14. But thereafter reconstruction activities would boost growth in the short term. The preparations for the 2019 South Pacific Games, hosted by Tonga, would also temporarily boost growth, but add to financing needs. Risks to the near-term outlook are tilted to the downside.

Policy Issues: The projected fiscal cost relating to the cyclone will be largely met by funding from development partners. In the near term, the authorities should focus on reconstruction activities, while a medium-term fiscal strategy should aim at gradually stabilizing and then reducing the debt-to-GDP ratio. Key would be to continue with revenue reform and wage restraint, to strengthen debt management, and to avoid cost overruns associated with the South Pacific Games. The deleveraging cycle of Tongan banks appears to be ending. Thus, the National Reserve Bank of Tonga should prepare to gradually tighten monetary conditions when signs of credit growth firm up. The authorities plan to lower the cost of credit through supportive measures, including by commercializing Tonga Development Bank. Robust safeguards should be put in place to ensure the soundness of the bank. Promotion of foreign direct investments should focus on business-enabling structural reforms, while the use of tax incentives should be minimized and well targeted. 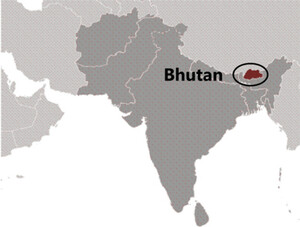 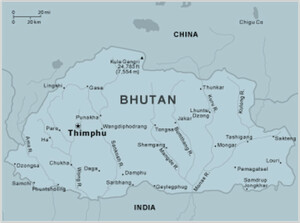 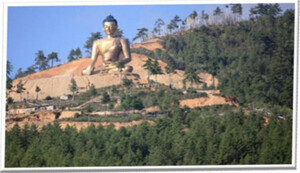 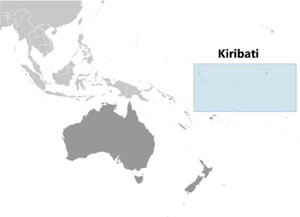 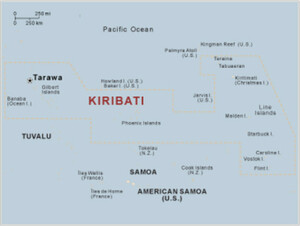 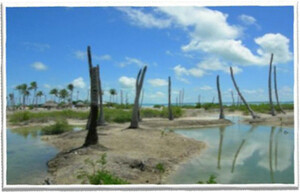 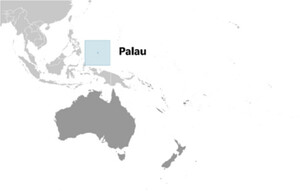 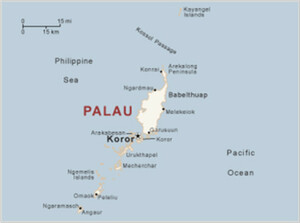 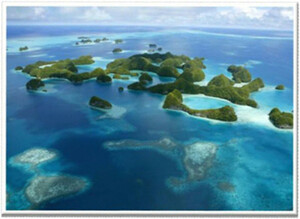 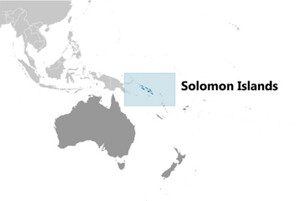 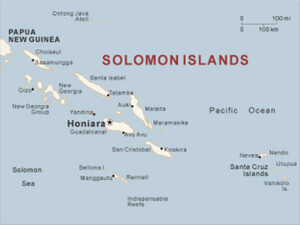 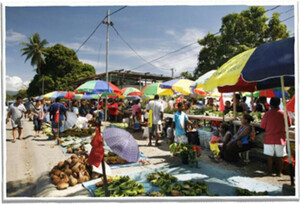 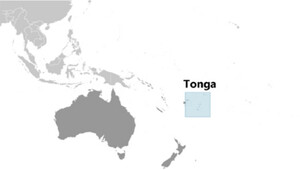 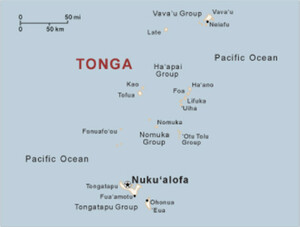 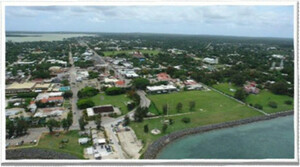