Owing to their small population size, geographical dispersion, and lack of economies of scale, the government sector in the APD small states plays a large role in supporting growth and employment. The importance of the government is even greater in the most remote and dispersed Pacific island countries (PICs). Moreover, some Pacific islands (Kiribati, the Marshall Islands, Micronesia, Palau, and Tuvalu) do not have a central bank and some could face a significant loss of fiscal resources (the Marshall Islands, Micronesia, and Palau) when Compact grants from the United States expire after 2023. Therefore, assessing the impact of fiscal policy on growth is critical for helping governments design fiscal policies that take into account output dynamics and ensure long-term fiscal sustainability. Fiscal multipliers allow us to measure the impact of fiscal policy on growth.

Owing to their small population size, geographical dispersion, and lack of economies of scale, the government sector in the APD small states plays a large role in supporting growth and employment. The importance of the government is even greater in the most remote and dispersed Pacific island countries (PICs). Moreover, some Pacific islands (Kiribati, the Marshall Islands, Micronesia, Palau, and Tuvalu) do not have a central bank and some could face a significant loss of fiscal resources (the Marshall Islands, Micronesia, and Palau) when Compact grants from the United States expire after 2023. Therefore, assessing the impact of fiscal policy on growth is critical for helping governments design fiscal policies that take into account output dynamics and ensure long-term fiscal sustainability. Fiscal multipliers allow us to measure the impact of fiscal policy on growth.

A recent APD analysis provides an operational framework that incorporates two–way links between the government sector and the overall economy and assesses the magnitude of fiscal multipliers in two APD small states.2 It is based on a dynamic model that connects government spending, taxation, government employment, and wage setting with foreign demand, private sector production and employment, and demand for domestic and foreign goods. The framework is calibrated and linked to the country economic sectoral accounts and other country data rather than based on estimates from cross country regressions. It allows answering policy questions, such as: What would be the growth impact of a change in public wages versus a change in other government expenditures? What would be the size of private sector growth needed to offset the impact of fiscal consolidation? This study estimated fiscal multipliers with regard to changes in different components of government spending, such as a change in the wage bill and changes in other components of public spending.

The analysis suggests that fiscal multipliers in small states tend to be low, reflecting high level of spending on imports. The government spending multipliers range from 0.44 to 0.47 in Kiribati and from 0.14 to 0.16 in Palau, depending on whether the fiscal impulse is due to a change in nominal wages or to government spending net of nominal wages.3 This range is consistent with the theoretical and empirical literature that suggests that the stimulus effect of fiscal policy is smaller in small open economies4, and also with the estimates obtained for small island states in Eastern Caribbean Currency Union (ECCU).5 The results of the paper suggest that increasing the rate of return of public spending (i.e., quality of spending) is essential to stimulate growth both in the short and the long run.

Climate Change and Natural Disasters in the Asia-Pacific Small States1

Natural disasters and climate change are interrelated and affect many Asian and Pacific developing island states to different degrees. Low-lying atolls—such as those in Kiribati, Maldives, the Marshall Islands, and Tuvalu—are the most vulnerable to rising sea levels, although climate change also negatively affects agricultural income in high-elevation islands (especially in rural areas) by increasing water salinity. Over the last five decades, some PICs have been more affected by natural disasters than the average of small states in other regions (see text chart) and these events have increased through time. Going forward, rising temperatures are widely predicted to raise the frequency of extreme weather events in the Pacific, intensifying the risk of natural disasters. Higher-elevation islands would also be hard-hit, given their concentration near coastlines of population, socioeconomic activity, and infrastructure.

In the context of IMF surveillance, dealing with natural disasters in Asia-Pacific small states requires a multi-pillar strategy. This includes enhancing resilience by building buffers (adequate official reserves, low debt levels, and strong fiscal and external positions), continuing participation in sovereign insurance mechanisms,4 and having reliable access to prompt financing on terms consistent with stability considerations that reduce the need for policy adjustments. As reported in an IMF Board paper on small states, fostering ex ante resilience in the face of natural disasters requires integrating natural disaster risks into macroeconomic policy frameworks to determine the size of the buffers needed (or self-insurance) and of the outside insurance; ensuring sufficient flexibility to help redeploy spending rapidly, and sufficient external buffers to help mitigate potential balance of payments shortfalls. After the disaster, an efficient response requires improving transparency to ensure effective use of disaster assistance; strengthening coordination among development partners and authorities;5 and pursuing growth-enhancing structural reforms. While building fiscal and external buffers is essential to foster resilience and catalyze donor support, PICs cannot address fully climate change needs without external assistance.

IMF policy advice on coping with natural disasters is also supported by the provision of technical assistance (TA) and training. For example, TA on public financial management can help improve the platform from which PICs seek natural disasters and climate change assistance. Indeed, capacity issues are also a constraint with respect to accessing global funding sources, with these challenges likely to divert capacity from other aspects of core policy management6.

The IMF offers financing to meet a broad range of urgent balance of payments needs, including those arising from natural disasters. This assistance can be accessed through the Rapid Financing Instrument, which is available to all member countries, and the Rapid Credit Facility, which provides rapid financing with limited conditionality and on concessional terms. Both lending facilities are designed for members that do not require a full-fledged economic program (e.g., because of the transitory and limited nature of the shock) or where such a program is not feasible because the need is urgent or policy implementation capacity is limited.

Palau is the second most tourism-dependent economy in the world, after Maldives. As a world-class diving destination, Palau hosts more than 100,000 tourists annually—about five times its total population. The number of tourists increased steadily from 1999 to 2012, helping boost GDP per capita to US$13,193 in 2012 from US$8,500 in 2000. Tourism receipts accounted for more than half of GDP in 2013, or about 75 percent of total exports of goods and services. Tourism-related taxes represented 15 percent of total tax revenue. The sector employs more than 40 percent of the labor force.

The linkages with Asia are strong and increasing. Eighty percent of tourists come from Taiwan Province of China, Japan, and Korea (unlike other Pacific islands that depend more on tourism from Australia and New Zealand), and tourists from China have grown rapidly over the last five years. Palau’s business cycle is thus synchronized with the Asian business cycle.

Palau’s heavy reliance on tourism brings many opportunities but also some vulnerabilities. Owing to its narrow production base, Palau’s GDP volatility is even greater than other small states. As tourism activity consumes a high level of fuel and food imports (over 30 percent of GDP), Palau is also vulnerable to global commodity price fluctuations. Moreover, in 2013, the appreciation of the U.S. dollar, Palau’s legal tender, made Palau’s tourist attractions more expensive for Asian tourists. In addition, natural disasters—including those related to climate change or environmental damage and accidents—could erode tourism and growth.

Identifying and addressing tourism-related challenges could enhance Palau’s competitiveness and thus improve its growth potential. Promoting diversification within the tourism industry could reduce the volatility of tourist arrivals and increase tourism revenue. For example, diversifying tourist attractions could encourage tourists to stay longer and spend more. Diversification outside the tourism industry could entail developing agriculture and aquaculture, to supply the tourism industry with domestic products, and expanding the service industry. The benefits of synergies between tourism and agriculture have long been recognized for the Pacific island countries (PICs), but progress in building these synergies has been slower than expected. Developing domestic supply chains and expanding the domestic share of tourism-related operations would help Palau enhance growth potential and limit growth volatility.2 Diversifying the economy and promoting private sector development should be underpinned by structural reforms that open up the restrictive foreign investment regime and alleviate pressing infrastructure bottlenecks.

Prepared by Sergei Dodzin (Asia and Pacific Department) and Xuefei Bai (former Special Appointee in APD from the People’s Bank of China), based on “Growth and Fiscal Multipliers in Small States: The Case of Pacific Island Countries,” forthcoming in the IMF book “Raising Potential Growth and Enhancing Resilience in APD Small States.”

The framework is calibrated for Kiribati and Palau and can be extended to other small states.

The larger size of the multiplier in Kiribati relative to Palau is the result of the larger share of domestic goods and services in government workers’ expenditure basket (equivalent to 50-60 percent); in Palau, the share is 20-30 percent.

Spilimbergo, Symansky, and Schindler, 2009, “Fiscal Multipliers,” IMF Staff Position Note, SPN/09/11. The range is from 1 to 1½ for spending multipliers in large countries, 0.5-1 for medium-size countries, and less than 0.5 for small open economies.

The World Bank’s Pacific Catastrophe Risk Insurance Pilot was launched in January 2013 and offers immediate funding to PICs in the wake of severe natural disasters. In January 2014, Tonga became the first country to benefit from a payout under the pilot.

The Pacific Islands Forum (PIF) Secretariat and the Asian Development Bank are also heavily involved in natural disasters climate change issues in the Pacific. The Nauru case study, conducted by the PIF, cited the difficulties in quantifying the extent of external financing made available for climate change, and in distinguishing this financing from existing development assistance.

The IMF also provides TA to all members interested in environmental tax reforms. Fiscal policies should be center stage in the effort to get energy prices to reflect the harmful and environmental side effects associated with energy use, notably climate change, according to a new report by the IMF and outlined in a speech by IMF Managing Director Christine Lagarde at the Center for Global Development, July, 31 2014.

Based on Selected Issues Paper, Country Report No. 14/111, pages 14-26, by Ioana Hussiada (Asia and Pacific Department). 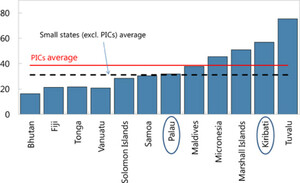 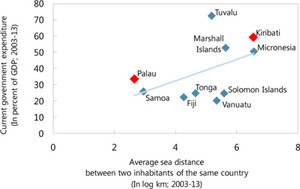 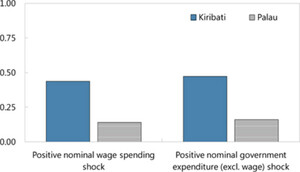 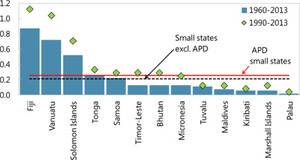 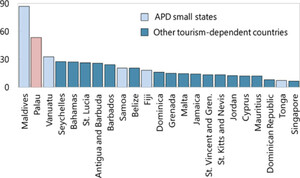 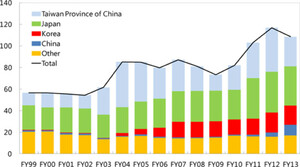 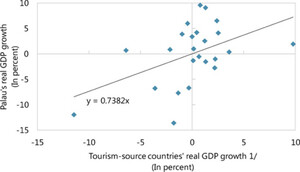 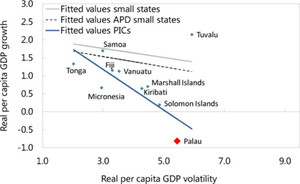