How involved is the IMF in the Pacific?

How involved is the IMF in the Pacific?

The IMF is greatly involved in the Pacific particularly in the areas of policy or financial programs. We provide macro policy consultations and macro policy assessments to help countries in the region form their own policy because macro stability is the most important thing for a country.

We also provide technical assistance. We have had a technical assistance centre in the Pacific for 20 years now, as capacity building is important for the small countries in the region. So gradually we help Governments in building their capacity in areas such as tax, administration, revenue process, expenditure, financial regulation and such.

We do a lot of training for the region. We also do multinational surveillance, so we bring in the international picture to the region which is important as the region is part of the whole world. Last but not least of these important issues is that if the members are in need, we provide financial support.

You mentioned the importance of macro polices for the region can you give us some specific examples?

Take for example tax policy - How do you set the proper tax rates? How do you class tax, how do you tax income tax or VAT? You make sure the tax collected is enough revenue to support the Government, to support the country, but you don’t want to over tax anyone. You may want the burden of tax to be evenly shared among the rich and poor. You don’t want it to be shared only among the poor people or only among the rich. Those are very important issues. The tax policy is a very important issue for a country.

What do you see as priority areas for the region?

It’s growth. Let me emphasize -sustainable economic inclusive growth. There are two sides of policy. The first priority is still maintaining macro stability, if you have macro instability where inflation is high, you would not be able to do it.

Those are the two major priorities that can be addressed for 2014 by the region.

How would you describe the IMF’s relationship with Pacific island countries?

• Economic Growth and Fiscal Multipliers in the Small States: An Application to the Pacific Islands, Sergei Dodzin and Xuefei Bai (APD)

IMF Regional Office for Asia and the Pacific (OAP)

•2013 High-Level Caribbean Forum: “Building Growth into the Caribbean Sustainability Agenda,” September 19-20, 2013 in Nassau, The Bahamas—http://www.imf.org/external/np/seminars/eng/2013/caribbean/, co-hosted by the IMF WHD and the government of The Bahamas

• Government of Timor-Leste/IMF High-Level Conference, “Harnessing Natural Resource Wealth for Inclusive Growth and Economic Development,” September 17-19, 2013 in Dili, Timor-Leste, http://www.imf.org/external/np/seminars/eng/2013/timor/, co-hosted by the IMF and the Government of Timor-Leste in collaboration with the Asian Development Bank, the World Bank Group, and the Japan International Cooperation Agency (JICA) 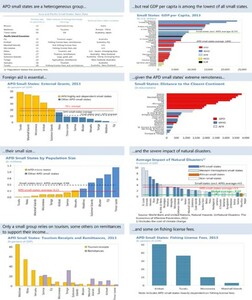