The period from May 2012 through April 2013—the IMF’s financial year 20131—saw the world dealing with the prolonged effects of a global crisis that had persisted well beyond initial expectations in an atmosphere of heightened global change. With economic activity remaining weak and the potential for renewed stresses still high, efforts to advance global stability and a secure future were as essential as ever.

The period from May 2012 through April 2013—the IMF’s financial year 20131—saw the world dealing with the prolonged effects of a global crisis that had persisted well beyond initial expectations in an atmosphere of heightened global change. With economic activity remaining weak and the potential for renewed stresses still high, efforts to advance global stability and a secure future were as essential as ever.

In her Global Policy Agenda, the IMF’s Managing Director charted a set of actions needed across the membership to secure the recovery and to lay the foundation for a more robust global financial architecture, and detailed the institution’s role in assisting the membership with these formidable tasks.

Through assessments in its various multilateral and bilateral surveillance products and active engagement with its 188 member countries via policy and financial support and capacity development, the IMF continued to assist members in identifying systemic risks and designing strong policies to respond to threats to domestic and global stability.

Although economic activity showed signs of stabilizing in advanced economies during the year and even accelerated somewhat in emerging market economies, it was clear that continued turbulence was likely, at least in the near term. Serious threats to global recovery during the year—faltering market confidence in Europe, the looming fiscal cliff in the United States—were averted, and financial stability grew stronger, but growth prospects remained stubbornly low, and a multiple-speed recovery emerged that threatened global recovery in an increasingly interconnected world. Chapter 2 discusses the year’s economic and financial developments in greater depth.

Following its comprehensive Triennial Surveillance Review in 2011, the IMF took steps during the year to reform its surveillance along the lines of the priorities identified in that review. It published a pilot report on the external sector, presenting a combination of multilateral and bilateral perspectives. Perhaps most significantly, the institution adopted a Decision on Bilateral and Multilateral Surveillance with the objective of better integrating IMF monitoring of the global economy with its oversight over individual countries. It also adopted a strategy for financial surveillance aimed at improving risk identification, developing better instruments to support integrated policy response to risks, and increasing engagement with stakeholders to improve impact. Chapter 3 provides additional information about IMF surveillance during the year.

With the ongoing crisis, financing remained an important mode of IMF support for its members. The Executive Board approved five arrangements under the IMF’s nonconcessional financing facilities during the year, two fewer than in the previous year. Successor arrangements under the Flexible Credit Line for Mexico and Poland accounted for the vast majority of the amount committed, and a sizable percentage of the amount disbursed went to three euro area countries with IMF programs.

The IMF continued its support to low-income member countries under the Poverty Reduction and Growth Trust (PRGT), with 9 new or augmented arrangements approved during the year, down from 20 the year before. The total number of countries supported under the PRGT changed little, however, with 62 countries (compared with the prior year’s 64) having outstanding concessional financing as of the end of the year. Chapter 4 provides additional details on the institution’s financing activities during the year.

With endorsement from the International Monetary and Financial Committee (IMFC), the institution’s policy work for the year reflected the priority areas identified in the Managing Director’s Global Policy Agenda. In addition to short-term policy actions required to move the global economy from stabilization to growth, the focus of policy priorities needed over the medium term was on four areas. In the area of jobs and growth, analytical and operational considerations for the IMF, as well as fiscal policy and employment in advanced and emerging market economies, were examined. Work regarding debt sustainability spanned countries at all income levels. A review of the IMF’s framework for assessing debt sustainability recommended changes to promote more uniform outcomes. A new Guidance Note on Public Debt Sustainability Analysis for Market Access Countries introduced a differentiated risk-based approach. Work toward strengthening financial systems included assessing work on the key attributes of effective resolution regimes and revising the IMF’s Guidelines for Foreign Exchange Reserve Management. Finally, in the area of global analysis and spillovers, the IMF followed the previous year’s pilot Spillover Reports for five systemic economies with a consolidated report on these same economies. It also approved an institutional view on liberalization and management of capital flows that will inform both its policy advice and its assessments of member policies. The policy agenda for the year is examined in further detail in Chapters 3 and 4.

As the year began, two existing IMF units were merged into the new Institute for Capacity Development, as part of a strategic approach to this core area of IMF activity. Significant accomplishments in the institute’s first year included an agreement to establish a regional training center in Mauritius, key preparatory work for the opening of a new regional technical assistance center in West Africa, and a seminar celebrating the twentieth anniversary of the Joint Vienna Institute. The majority of technical assistance continued to be provided to the IMF’s low- and middle-income members. Demand for IMF training programs, supported by external donors and training partners, remained robust, with the IMF’s middle-income members the primary beneficiaries. The year’s activities in the area of capacity development are covered in Chapter 4.

Ensuring adequate resources to support members’ financing needs has been a priority since the onset of the crisis. During the year, the Executive Board approved the modalities for bilateral borrowing from member countries to supplement quota resources and the institution’s standing borrowing arrangements; as of the end of April 2013, 38 countries had made commitments to provide resources through this avenue, and 25 bilateral agreements had been approved by the Executive Board. Fourteen members had signed separate bilateral borrowing agreements specifically to support the IMF’s concessional financing. To alleviate concerns that concessional financing needs might exceed capacity, the institution took steps to make that financing more sustainable over the long haul. The Board approved the use of the remaining portion of the windfall profits from the IMF’s 2009–10 gold sales to bolster PRGT subsidy resources. It also endorsed a three-pillar strategy for PRGT sustainability that includes a base envelope of resources, contingent measures to cover needs that exceed that envelope, and a principle of self-sustainability for future modifications to the concessional financing architecture. Chapter 5 provides additional information about IMF efforts to ensure the adequacy of its resources.

Efforts have been underway for some time to ensure that the IMF remains responsive to the changing needs of its members and reflects the rapid evolution of the global economy in the aftermath of the crisis. A change in the institution’s quota and governance structure agreed to in December 2010 awaits completion by the membership of the necessary steps for implementation; it would double quotas and shift quota shares substantially in the direction of emerging market economies and developing countries, and institute an all-elected Executive Board. In addition, as part of these reforms, a comprehensive review of the formula for calculating members’ quotas was undertaken during the year, and its outcome was reported to the Board of Governors. Activity in the area of quota and governance reform is discussed in Chapter 5. 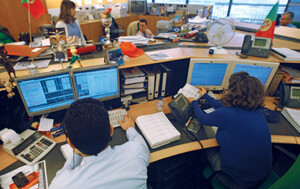 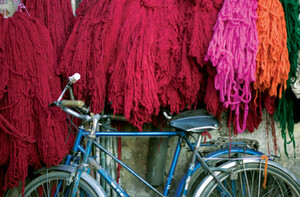 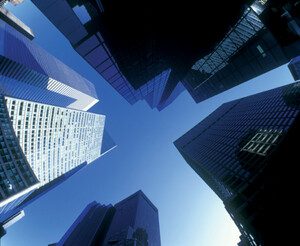 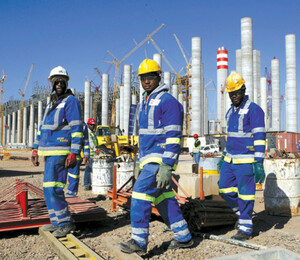 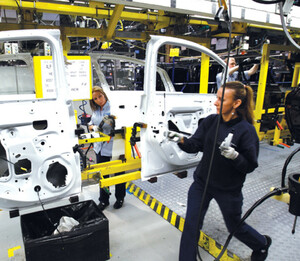 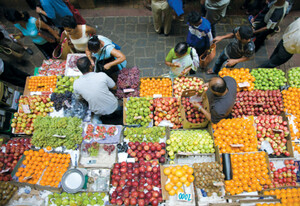