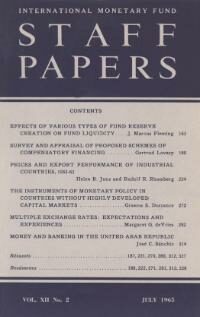 banking legislation in the U.A.R. began in 1951, when the National Bank was converted from a de facto to a de jure central bank. 2 The Central Bank law increased government supervision of the Bank's operations, increased the Bank's powers in the regulation of the currency by permitting the use of Egyptian Government bonds in the cover for the note issue, and extended the Bank's control over banking policies by establishing reserve requirements and a liquidity ratio. The last, however, was not enforced until February 17, 1958. The government supervision was effected