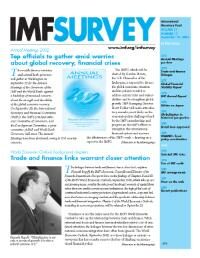 Globalization in historical perspective: Charting the future from the past
Mr. Wayne W. Camard

For three days in August, Rutgers University Professor Michael Bordo and a group of noted academics provided senior officials from 30 countries and a number of IMF staff with a historical context for the often contentious issue of globalization. Sponsored by the IMF Institute, “Globalization in Historical Perspective” reprised an earlier National Bureau of Economic Research conference. The seminar focused, in particular, on the forces unleashed in the nineteenth century and the ensuing backlash and looked for insights into today’s policy debates. 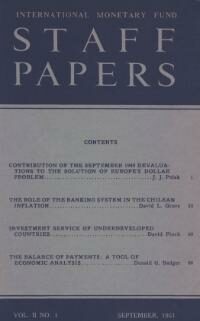 IMF Staff papers: Volume 2 No. 1
International Monetary Fund. Research Dept.
This paper explains contribution of the September 1949 devaluations to the solution of Europe’s dollar problem. After the devaluations, the dollar value of exports to the United States from the devaluing countries in Europe recovered from the low levels of the second and third quarters of 1949, but this recovery, which restored exports in the first half of 1950 approximately to the 1948 level should be attributed in large part to the recovery in the US economy rather than to the devaluations. Between the first half of 1949 and the first half of 1950, Europe's dollar imports declined by one-third. Most of this decline occurred, however, between the second and third quarter of 1949, that is, before the devaluations. With imports generally controlled, the effect of the devaluations appeared much more in the reduction of pressure on the control authorities, the substitution of the price mechanism for at least part of the controls as barriers to imports, and the consequent more rational allocation of the relatively scarce dollars among different uses and different users. 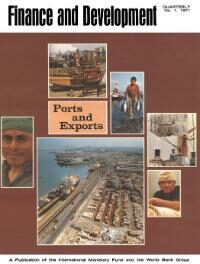 This paper describes modernization of ports in Peru. With the sea so predominant in the life of the country, modern ports are vital in Peru. A program has been undertaken to abandon the numerous obsolete ports served by barges and to establish a few strategically situated ports—modern, mechanized, and with terminals having direct mooring facilities. At the same time, Callao, the country’s chief port, has been improved, and specially equipped ports are being planned for fishing products.