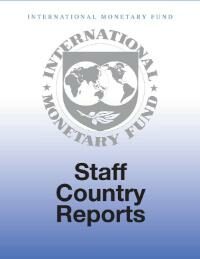 This Selected Issues paper and Statistical Appendix analyzes Ecuador’s fiscal policy using the concepts of the fiscal stance and fiscal impulse adjusted for movements in the real effective exchange rate. It finds that fiscal policy has been expansionary in 2000 and 2001. The paper shows that the growth of gross fixed investment was relatively strong during the 1970s; thereafter it slowed, particularly in the public sector. The paper also explores the evolution of oil reserves in recent years and the projections for the medium term.

Economic growth is essential for sustainable development and improving social outcomes.4 Growth usually—but not always—benefits the poor; in about 90 percent of the cases in which countries have experienced per capita GDP growth of at least 2 percent per year over a five-year period, the poor also experienced rising real incomes. While, in general, there is no pro-rich bias in growth,5 appropriate development of the poor’s income-earning potential can help ensure that they also share in the fruits of an expanding economy (see the section on “Fiscal Policy, Human Development, and the MDGs”). Not surprisingly, there is also a strong link between economic growth and improvements in non-income dimensions of poverty. For example, a 10 percent increase in GDP per capita typically results in a 3–5 percent decrease in infant and child mortality rates.6 Similarly, disparities between male and female literacy rates fall markedly as GDP increases.7 In this light, fiscal policy can play a pivotal role in achieving the MDGs by fostering robust economic growth.

In both developed and developing countries, fiscal policy has an important role to play in assuring sustainable use of natural resources and safeguarding the environment. This applies to both the tax and spending sides of the government’s budget. On the former,

Poor governance poses a number of obstacles to human development.52 Corruption results in the allocation of budgetary resources for unproductive programs and inefficiencies in public spending, which reduces the effectiveness of outlays on social and poverty-reducing programs in fostering social development. Poor governance results in budgetary allocations tilted in favor of less-productive investment projects and defense-related spending and against nonwage operations and maintenance expenditures, which reduces the quality and productivity of existing infrastructure. Corruption also reduces revenue and therefore the ability of the government to mobilize the resources needed to finance critical poverty-reducing programs. Corruption results in the poor capturing a smaller share of the benefits from public spending and, more generally, in higher poverty and income inequality.

One of the challenges facing the international community is to achieve sustainable development. Sustainable development has three pillars— economic development, social development, and environmental protection.1 It entails “…balancing the economic, social, and environmental objectives of society…integrating them wherever possible through mutually supportive policies and practices and making trade-offs where (this) is not possible. This includes, in particular, taking into account the impact of present decisions on the options of future generations.”2 In September 2000, the member states of the United Nations underscored the importance of sustainable development by re-affirming the Millennium Development Goals (MDGs), a set of time-bound targets for improving human development along several important dimensions.3 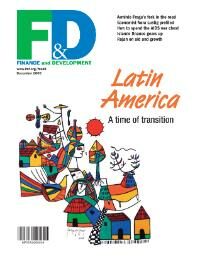 This paper reviews the resurgence of Latin America. The paper highlights that much of the region has witnessed a swift and robust recovery from the successive financial crises of 2001–02. Within two years, the region’s economic growth reached 5.6 percent in 2004, a 24-year high. Growth rates of about 4 percent in 2005 and 3¾ percent projected for 2006 are well above historical averages. Mexico and South American countries have gained, in particular, from the surge in fuel, food, and metals prices, and have generally been able to exploit these opportunities by expanding production.