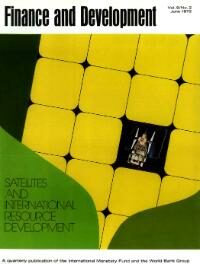 This is the text of a talk given in Chicago on March 16, at a symposium on “The International Monetary System in Transition,” sponsored by the Federal Reserve Bank of Chicago.

The International Monetary Fund and the International Bank for Reconstruction and Development convened the first annual meeting of their Boards of Governors jointly at Washington on Friday, September 27, 1946. During the next six days the Fund Governors held five sessions—three jointly with the Bank. 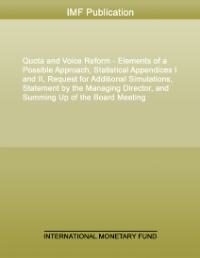 Calculated as the sum of variable weights multiplied by a country’s shares in the global total of the respective variables. 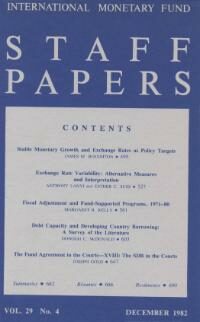 IMF Staff papers: Volume 29 No. 4
International Monetary Fund. Research Dept.
This study analyzes the circumstances under which monetary policy can be conducted to improve the stability of both monetary growth and exchange rates. For this purpose, the paper develops a portfolio balance model and tests its implications using parameter estimates for the United States and the United Kingdom. The principal finding is that there is a limited set of conditions in which stability of monetary growth and stability of exchange rates are consistent policy objectives. The two intervention rules compared here are stylized versions of rules that are commonly employed by central banks in countries with well-developed financial markets: control of the growth of the monetary base and control of a short-term interest rate. It is shown that a general rule is that when the supply function for money is more variable than the demand function, then monetary stability and exchange rate stability are likely to be operationally consistent targets.

This paper reviews key findings of the IMF’s Annual Report for the fiscal year ended April 30, 1959. The report highlights that the year that ended on April 30, 1959, stands out not only because of the marked changes that occurred in general business activity and in the international flow of funds, but also because important steps were taken to consolidate the monetary improvements achieved since the war and to strengthen the financial structure of the world economy.

This paper reviews key findings of the IMF’s Annual Report for the fiscal year ended April 30, 1962. The report highlights that the year 1961 was one of general expansion in the industrial countries. In the United States and Canada, industrial production and real national product resumed their upward course during the spring of 1961, following the mild recession of 1960. Expansion continued in Europe and Japan, although at a slower rate than in the earlier year, as production approached the limits of the available supplies of labor.

This paper reviews key findings of the IMF’s Annual Report for the fiscal year ended April 30, 1963. The report highlights that during the course of 1962, economic activity continued to expand in most industrial countries. In the United States, there was some slowdown in production, but final purchases rose almost as much as during 1961, and a revival of activity set in during the early part of 1963. In continental Europe, a climate of general prosperity continued to prevail.

This paper reviews key findings of the IMF’s Annual Report for the fiscal year ended April 30, 1964. The report highlights that output expanded during 1963 at a satisfactory rate in all the industrial countries. In North America, the economic upswing that began more than three years ago continued through 1963 and appeared to be accelerating in early 1964. In the United Kingdom, recovery early in 1963, following several years of limited growth, was stimulated by expansionary policies, and gained momentum during the course of the year.