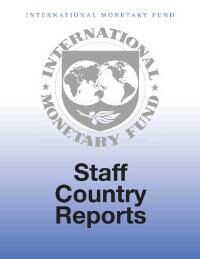 The Article IV Consultation discusses the IMF Executive Board’s assessment of economic developments and policies in Switzerland. With the exchange rate floor in place for more than one year, the Swiss economy has been relatively stable. Although overall export growth is weak, the external position remains comfortable, reflecting high investment income and strong export performance in some sectors. Executive Directors noted that, notwithstanding Switzerland’s stable economy and strong policy frameworks, risks stemming mostly from the euro area crisis and vulnerabilities in the domestic financial sector have clouded the near-term outlook. 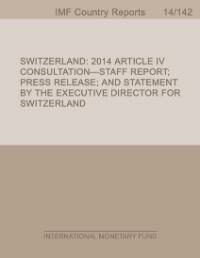 This 2014 Article IV Consultation outlines that the growth of the Swiss economy has gathered pace, but inflation remains close to zero. The recovery is expected to continue and inflation should rise gradually although the output gap will progressively close. The fiscal position is healthy, with a broadly neutral stance projected for 2014. Despite improved market confidence toward the euro area and tapering in the United States, the exchange rate has remained close to the floor. The authorities have taken several measures to contain risks, including raising the countercyclical capital buffer and adopting prudential measures to tighten lending standards and conditions. 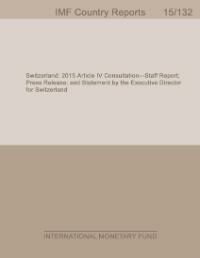 KEY ISSUES Switzerland has once again had to contend with capital flow volatility. Following the exit from the exchange rate floor in mid-January 2015 and the subsequent appreciation of the franc, the Swiss economy faces exchange rate overvaluation, slower near-term growth, and deflation. Both growth and inflation are expected to recover gradually over the medium term—to around 2 percent and 1 percent, respectively—as the economy adjusts to the shock. However, this relatively benign scenario is subject to important risks, most notably that operating in a low inflation environment may prove more difficult than assumed in the central scenario. Monetary and fiscal policies can support faster adjustment and reduce risks. Further monetary easing via purchases of (mainly foreign) assets would help limit the near-term growth slowdown, reduce risks related to low inflation, and lessen franc overvaluation. Central bank communication should also be geared toward building an understanding of policy objectives and ensuring that inflation expectations do not become entrenched at low levels. Scope for fiscal policy to support aggregate demand is limited by Switzerland’s fiscal rule and the small, open nature of Switzerland’s economy. That said, fiscal policy can still support recovery by allowing automatic stabilizers to operate freely, as allowed under the rule. The rule’s escape clause should be triggered in the event of a severe downturn to allow discretionary fiscal stimulus, as monetary policy would likely be overburdened in such a scenario. The financial sector reform agenda should also be completed. The Swiss authorities have made important progress in this regard, and further steps are planned. Specific priorities, as laid out in last year’s Financial Sector Assessment Program (FSAP) update, include raising the leverage ratios of the two large international banks, increasing public disclosure of information on risk weights, reforming FINMA’s use of external auditors, overhauling deposit insurance, and containing housing- and mortgage-related risks. Over the medium term, Switzerland faces a number of structural challenges; the authorities’ ongoing efforts to address them are welcome and should continue. Priorities include adopting proposed pension reforms to ensure the sustainability of the system for future generations; completing ongoing reforms of corporate taxation and financial controls in ways that ensure full compliance with international initiatives aimed at limiting money laundering and cross-border tax evasion and avoidance; and reducing uncertainties related to future immigration policies and relations with the European Union.