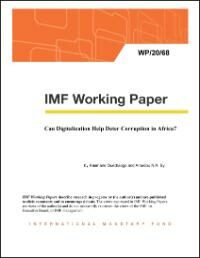 Can Digitalization Help Deter Corruption in Africa?
Rasmané Ouedraogo and Mr. Amadou N Sy
This paper studies the effect of digitalization on the perception of corruption and trust in tax officials in Africa. Using individual-level data from Afrobarometer surveys and several indices of digitalization, we find that an increase in digital adoption is associated with a reduction in the perception of corruption and an increase in trust in tax officials. Exploiting the exogeneous deployment of submarine cables at the local level, the paper provides evidence of a negative impact of the use of Internet on the perception of corruption. Yet, the paper shows that the dampening effect of digitalization on corruption is hindered in countries where the government has a pattern of intentionally shutting down the Internet, while countries that successfully promote information and communication technology (ICT) enjoy a more amplified effect.