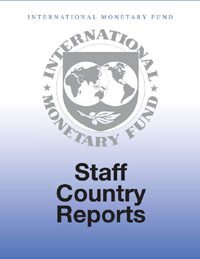 Guinea-Bissau: Selected Issues and Statistical Appendix
International Monetary Fund
A major element of the persistent fiscal imbalances in Guinea-Bissau is the relatively low level of revenue compared with other sub-Saharan African (SSA) countries. Fiscal revenues, including grants, trended downward significantly in Guinea-Bissau from 1991 through 2005, especially during the last five years. Nontax revenues are stagnant as a proportion of GDP as a result of weak fisheries administration and control. Tax revenues as a proportion of GDP are relatively low in Guinea-Bissau even compared with other low-income countries. 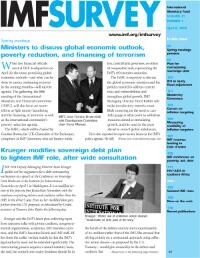 IMF Survey, Volume 31, Issue 07
International Monetary Fund. External Relations Dept.
The Web edition of the IMF Survey is updated several times a week, and contains a wealth of articles about topical policy and economic issues in the news. Access the latest IMF research, read interviews, and listen to podcasts given by top IMF economists on important issues in the global economy. www.imf.org/external/pubs/ft/survey/so/home.aspx