Independent evaluation is widely regarded as an essential requirement in international financial institutions, contributing to increased transparency and accountability and strengthening the process of learning from experience. The IMF had a long tradition of internal evaluations of its operations and policies that were regularly submitted to the Executive Board and led to new directions on policy and procedure. However, it did not have a mechanism for independent evaluation of its activities until the establishment of the Independent Evaluation Office (IEO) by the Executive Board in the second half of 2001.

This chapter provides a brief summary of the main findings and recommendations of the first three evaluation reports and the conclusions reached in the Executive Board discussion on each of these reports.

Work on two of the three projects identified for the FY2003–04 work program commenced in the course of FY2002–03. The status of all three projects is summarized in this chapter.

One full year of operations and three completed evaluation reports provide only a limited basis for reflection. Nevertheless, a number of issues have arisen in more than one evaluation which are worth highlighting, if only because they are likely to surface again in future IEO evaluations and will therefore need continuing attention. 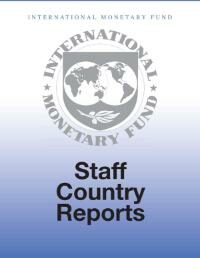 The world economy registered important progress on a number of fronts in 1994, indicating the start of a new expansion following the 1990–93 global slowdown (Chart 1). Growth was stronger than expected and inflation was contained in the industrial countries—often at levels closer to price stability than seen in three decades. Among the developing countries, the buoyant expansion in Asia continued while countries in other regions witnessed an encouraging strengthening of their economic performance and prospects. And an increasing number of transition economies in central and eastern Europe began to see positive growth. Despite continued financial instability in Russia and many of the neighboring transition countries, world growth last year was in line with its long-term trend of 3½ to 4 percent while world trade expanded by an impressive 9½ percent, well above its long-term average growth rate.

As 2001 came to a close and during the opening days of 2002, Argentina slipped into a crisis of unprecedented scope, magnitude, and complexity. The government made a forced exit from the longstanding currency board regime, imposed a comprehensive freeze on bank deposits, and defaulted on a significant portion of its sovereign debt. This crisis had enormous costs—social, economic, and political—for Argentina, and it sent shock waves that were felt throughout Latin America, most acutely in neighboring Uruguay and Paraguay, but eventually reverberating throughout the region during the course of 2002. By early 2003, at the time when this overview was finalized, the situation in the region as a whole had stabilized to some degree, as most governments were able to take effective measures to contain the crisis, but economic activity continued to be depressed, the outlook remained uncertain, and many underlying weaknesses had yet to be resolved.