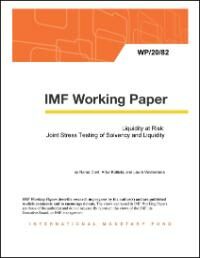 Liquidity at Risk: Joint Stress Testing of Solvency and Liquidity
Rama Cont, Artur Kotlicki, and Ms. Laura Valderrama
The traditional approach to the stress testing of financial institutions focuses on capital adequacy and solvency. Liquidity stress tests have been applied in parallel to and independently from solvency stress tests, based on scenarios which may not be consistent with those used in solvency stress tests. We propose a structural framework for the joint stress testing of solvency and liquidity: our approach exploits the mechanisms underlying the solvency-liquidity nexus to derive relations between solvency shocks and liquidity shocks. These relations are then used to model liquidity and solvency risk in a coherent framework, involving external shocks to solvency and endogenous liquidity shocks arising from these solvency shocks. We define the concept of ‘Liquidity at Risk’, which quantifies the liquidity resources required for a financial institution facing a stress scenario. Finally, we show that the interaction of liquidity and solvency may lead to the amplification of equity losses due to funding costs which arise from liquidity needs. The approach described in this study provides in particular a clear methodology for quantifying the impact of economic shocks resulting from the ongoing COVID-19 crisis on the solvency and liquidity of financial institutions and may serve as a useful tool for calibrating policy responses.

This book analyzes and compares the laws of selected industrial countries that are representative of the different approaches to the treatment of banks in distress. It addresses only those banking and economic policy issues that are required for a proper understanding of the banking law or the legal strategies, procedures, and practices that have evolved in the treatment of banking problems. The book does not cover international aspects of bank insolvency, but rather has a domestic focus, given that bank regulation and supervision are still largely a national endeavor.

During the last two decades, the deregulation of domestic and international banking transactions and the growth of national and international capital markets have had profound effects on the business of banking. 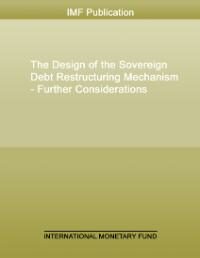 Usually, regulatory corrective action cannot be kept secret. When it becomes public knowledge, it may trigger a run on the bank in distress. To reduce the risk that liquidity problems of a bank would balloon into a run on the bank, which could set off runs on other banks, and to buy the bank and the regulators some time to find a solution for the bank’s problems, the banking law of some countries authorizes that a temporary and special payment moratorium for some or all of the bank’s debt be imposed on creditors of a bank in distress.196 These moratoria are special in that they differ from the more common and general moratoria that usually accompany a general insolvency proceeding or a bank receivership.