The IMF’s mandate is, among other things, “to facilitate the expansion and balanced growth of international trade, and to contribute thereby to the promotion and maintenance of high levels of employment and real income … of all members as primary objectives of economic policy.”3 To this end, the IMF promotes sound macroeconomic policies, growth-enhancing structural reforms, and good social policies–conditions for high-quality growth. The IMF has paid increasing attention to these considerations in its policy advice.

Sound economic policies favor both growth and the poor. The contribution of macroeconomic and structural reforms to long-run economic growth and poverty reduction is now well established. Research has demonstrated that low fiscal deficits and price stability promote economic growth,6 and economic growth is the most significant single element that contributes to poverty reduction.7 Macroeconomic adjustment generally benefits the poor.8 Dismantling product and factor market rigidities helps reduce poverty by increasing not only the supply of essential goods, but also the poor’s access to them.9 In addition, based on cross-country studies, there is increasing evidence that lower inflation also enhances income equality (Milanovic, 1994; Bulír and Gulde, 1995; Sarel, 1997; Bulír, 1998; and Guitán, 1998).

In countries where the authorities could foresee that reform measures would have a sizable adverse social impact, the policy mix and sequencing have aimed to take this impact into account within a sustainable macroeconomic framework. For instance, IMF-supported programs have aimed to phase out subsidies for food and other items gradually, rather than at once (e.g., Indonesia, 1998; and Senegal, 1994-95). The adverse impact, however, cannot be totally eliminated even with an appropriate policy mix and sequencing. For instance, a change in relative prices that hurts the poor–such as a devaluation that could adversely effect the urban poor through increasing prices of imported products–may be at the heart of a reform program. A tension may emerge, therefore, between stabilization and social protection objectives. 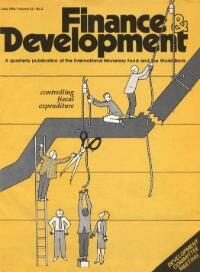 The relationship between public social spending, social indicators, and poverty reduction is complex and dynamic. How much public social spending reduces poverty depends not only on the amount allocated for education and health care, but also on how efficiently these allocations are spent and how well they are targeted to the poor.21 Education and health care indicators are affected not only by government outlays on education and health care but also by private spending, demographic trends, and public spending in other areas such as sanitation and safe water Empirical research on the link between increased aggregate public spending on education and health care and improvements in related social indicators has yielded conflicting evidence.22 Note, also, that today’s illiteracy and infant mortality rates are normally the result of yesterday’s social policies; poverty reduction reflects past increases in spending on primary education, primary school enrollment, and literacy. Finally, some indicators reflect intermediate outputs, not final outcomes. For example, widespread immunization of infants under 12 months against measles does not by itself yield a low infant mortality rate, especially if other variables, such as access to safe water and female education attainment, are relatively poorly developed.23 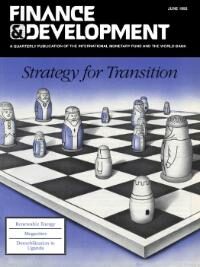 WHAT are the causes and nature of the crisis faced by many social security systems around the world? And is there a case for reforming them in the framework of IMF-supported adjustment programs? Indeed, a cost-effective social security system that provides maximum protection at the least cost in terms of fiscal resources and allocative distortions would help ease the adverse impact of stabilization and structural reform efforts.

As part of its mandate, the IMF seeks to create the conditions necessary for sustained high-quality growth, which encompasses a broad range of elements. These include sound macroeconomic policies, growth-enhancing structural reforms, good governance, and such social policies as cost-effective social safety nets and targeted social expenditures. This paper reviews the IMF's policy advice in two key areas of social policy: social safety nets and public spending on education and health care. It was initiated as part of the work by the World Bank and IMF to strengthen the poverty focus of adjustment programs in low-income countries, in particular within the framework of the Initiative for Heavily Indebted Poor Countries (HIPCs).

The IMF is concerned with the social dimensions of its economic policy advice. The analysis and policy advice on social issues, however, are to a large extent outside the principal areas of IMF expertise. Between the Bretton Woods institutions, the primary responsibility for social policies lies with the World Bank, and IMF staff relies upon the World Bank in this area. Other international institutions, such as regional development banks and UN agencies (e.g., International Labor Organization, United Nations Development Program, and World Health Organization), the donor community, NGOs, and civil society, on a country-by-country basis, also can provide valuable inputs.

Following the Executive Board’s consideration of this and other papers, important changes were made to the ESAF to give the goal of poverty reduction greater prominence and improve its effectiveness as a policy instrument to favor growth and reduce poverty.