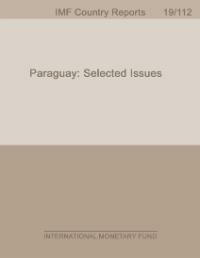 Paraguay: Selected Issues
International Monetary Fund. Western Hemisphere Dept.
This Selected Issues paper investigates the reasons for the growth pickup in Paraguay and explores the potential for sustainable future growth. It shows that the growth acceleration over the past 15 years is the combined result of a few factors: a bounce back from the crisis in the late 1990s and the subpar growth of the two decades prior; a benevolent external environment, the commodity price boom in particular; and the improved macroeconomic stability. Also in terms of its composition, growth in the past has largely been extensive, mostly coming from capital deepening and increasing labor inputs, rather than productivity increase, though total factor productivity growth has played a bigger role in the most recent years. Despite strong growth in recent years, like most of the Latin America, seen over a longer period, Paraguay has not attained significant economic convergence with advanced economies. Empirical data shows a strong linkage between the GDP per capita of a country and its score in a composite structural indicator such as the World Competitiveness Index, which Paraguay ranked poorly on. Identifying and correcting Paraguay’s structural deficiencies that may be hampering productivity growth and capital accumulation will be crucial for sustainable growth.