Recognition of the importance of data transparency—including for promoting the efficient operation of financial markets and policy accountability on the part of governments and central banks—is a remarkably recent phenomenon in the history of economic thought. The timely availability of data on international reserves and the foreign exchange operations of central banks is a case in point. As recently as 10 years ago, with relatively few exceptions, only very aggregated information typically was available, and then often only with a substantial lag. Indeed, in a number of countries, these data were treated as state secrets. Moreover, significant regional differences existed—and still do, to an important degree—in terms of views about the value of enhancing transparency.

3 The General Data Dissemination System: What Has Been Accomplished After 10 Years and Where Do We Go from Here?
W E. A, T B, C D, A H, and L V

Although the name of the General Data Dissemination System (GDDS) infers that its central focus is dissemination, in its initial stages the GDDS emphasized the development of national systems in an explicit medium-term framework. Attention to data dissemination came only at a later stage. Indeed, participating countries are not required to make any formal commitments regarding data dissemination. The main premise underlying the GDDS is to give high priority to improvements in data quality, which may need to precede improvement in dissemination practice.

The financial crises of the 1990s revealed a need for the dissemination of more comprehensive data on foreign currency liquidity positions to help prevent similar crises. In 1998, the IMF began working on initiatives in this area in collaboration with working groups of the Group of Ten (G-10) and the Group of 22 (G-22). The resulting international reserves and foreign currency liquidity data template (reserves template) became a prescribed element of the IMF’s Special Data Dissemination Standard (SDDS). Data reporting under this initiative began in June 1999, and after a short transition period, SDDS subscribers were required to observe the standard as of April 2000. 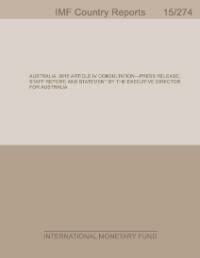 This 2015 Article IV Consultation highlights that the Australia's economy is now facing a large transition as the mining investment boom winds down and the terms of trade has fallen back. Growth has been below trend for two years. Annualized GDP growth was about 2.2 percent in the first half of 2015, with particularly weak final domestic demand, and declining public and private investment. Capacity utilization and a soft labor market point to a sizeable output gap. Nominal wage growth is weak, contributing to low inflation. The FY2015/16 Budget projects a return to surplus in 2019-20. 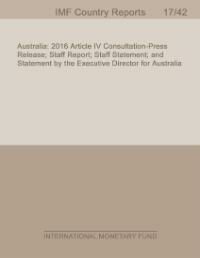 Australia has enjoyed a robust economic performance despite the commodity price and mining investment bust. The moderate impact of the large shocks since 2011 reflects prompt monetary easing, a flexible exchange rate acting as a shock absorber, export orientation to the dynamic Asia region, flexible labor markets, relatively high population growth, and strong institutions. Nevertheless, Australia has also been confronted with symptoms of the 'new mediocre' since the Global Financial Crisis, including a downshift in average GDP growth. And with declining interest rates, already high house prices and household debt ratios have started to rise again. 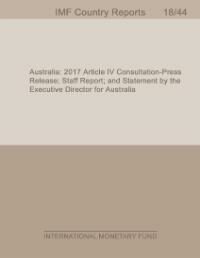 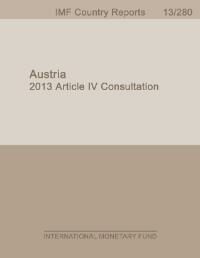 This paper presents details of Austria’s 2013 Article IV Consultation. Austria has been growing economically but is facing challenges in the financial sector. Full implementation of medium-term fiscal adjustment plans require specifying several measures and plans that need gradual strengthening to take expected further bank restructuring cost into account. It suggests that strong early bank intervention and resolution tools, a better designed deposit insurance system, and a bank-financed resolution fund would help reduce the need for budgetary support to any troubled banks in the future.