1. Economic Development of the Arab Countries: The Basic Issues

The prospects for Arab economic development in the nineties is a highly complex subject that does not easily lend itself to generalizations valid for all countries. As is well known, the countries of the region vary greatly. For the oil countries, development will depend to a very large extent on what happens in the oil markets. Despite intensive efforts to diversify their economies, these countries are still heavily dependent on oil as the major source of income. Other countries may not be so heavily dependent on oil, but a good part of their growth is derived from the oil countries through workers’ remittances, development assistance, and Arab investment and trade. Still another group of countries is only remotely affected by the fortunes of the oil countries and is more concerned with developments in the export markets for their principal products. In addition to variations based on oil resources, Arab countries differ a great deal with respect to levels of development, per capita incomes, whether they export or import capital, and the extent to which they follow inward-looking or export-oriented development strategies. These variations complicate the task of assessing development prospects in the current decade.

2. Economic Reform in the Arab Countries: A Review of Structural Issues
TAREQ SHAMSUDDIN

Despite adverse exogenous factors, Arab countries have achieved important economic gains in recent years. Nevertheless, many of them remain subject to internal and external constraints that prevent the full realization of their considerable economic potential. The welfare gains forgone are of particular relevance in the current environment, characterized, inter alia, by rapid population growth in some countries in the region, concerns about the availability of natural resources (namely, water), uncertain oil prices, and a move outside the Middle East toward regional economic blocs combined with slow progress in multilateral trade liberalization efforts.

This paper examines the flow of foreign direct investment (FDI) into the Arab countries, its developments during 1970–90, differences among countries, and reasons explaining these trends. The paper’s main purpose is to assess how successful Arab countries have been in attracting FDI into sectors other than oil and gas as a means to expand and diversify their economic base and their exports, and to create high-quality employment. The growing preoccupation with FDI in developing countries in general and in Arab countries in particular reflects the fact that over the last decade FDI has changed from being a rather small and marginal source of foreign capital in the developing world to become a large and significant source; it is rapidly becoming a very important single source of long-term foreign capital available to developing countries, replacing the more traditional sources such as official grants and loans as well as commercial bank borrowing. According to the latest World Bank statistics, net long-term resource flows from industrial to developing countries increased only marginally over the last ten years, from an annual average of $68.6 billion during 1982–86 to $72.9 billion during 1987–91, or by less than inflation (Table 1). During the same periods, however, FDI to developing countries more than doubled, from under $10 billion to nearly $23 billion. As a result, the share of FDI in the total net resource flow increased from 14.3 percent to 31.5 percent.

International financial intermediation since the mid-eighties has made an enormous leap in apparent efficiency going hand in hand with the unprecedented explosion of cross-border capital flows, as new financial instruments have been created and competition among borrowers, lenders, and financial intermediaries has strengthened markedly.

Concern for the environment is as old as civilization. History abounds with examples of the wide variations in human understanding of the environment and in our ability to maintain it in a healthy condition. Those societies that managed to provide their material, cultural, and spiritual needs in a sustainable manner were those that succeeded in reconciling their needs and aspirations with the maintenance of a viable environment. Whenever the outer limits of the physical environment were exceeded, civilizations declined or even vanished.

7 Human Development in the Middle East and North Africa Region

The Cold War has ended. The distortionary environment imposed by the Cold War within and between Middle Eastern and North African (MENA) countries has also ended, providing them with the opportunity to address regional problems without being biased by externally imposed exigencies. Two major items should take priority in the regional agenda: the first is the discrepancy between rich and poor countries; the second is the challenge of competing with the new European Community for trade in the global marketplace. The key to solving both problems is to improve the region’s productivity in human resources.1

Over the last few years, a comprehensive insight into the effects of the single market program (hereafter entitled EC-1992) has become more difficult because of the parallel steps of extending integration toward the member countries of the European Free Trade Area (EFTA) as well as toward Central and East European countries (through so-called Europe agreements). Both deepening integration through EC-1992 and extending integration involve a number of measures that since the publication of the Emerson Report (1988) have been principally discussed under the dimension of European Community (EC) internal adjustment and challenges rather than under the external dimension. 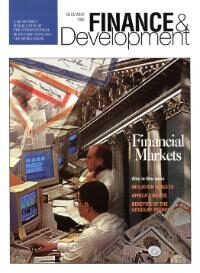 WHAT early warning signals should policymakers heed to avoid a repeat of a Mexico-type reversal of private capital flows? Experience suggests that a combination of indicators can provide powerful hints of approaching problems.

IMF economists work closely with member countries on a variety of issues. Their unique perspective on country experiences and best practices on global macroeconomic issues are often shared in the form of books on diverse topics such as cross-country comparisons, capacity building, macroeconomic policy, financial integration, and globalization.