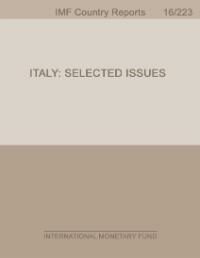 Italy: Selected Issues
International Monetary Fund. European Dept.
This Selected Issues paper analyzes the conditions under which Italian banks can earn sufficient profits to grow out of their asset quality problems, rebuild capital buffers, and finance the real economy. A bottom-up analysis of the 15 largest Italian banks suggests that restoring sustainable profitability depends heavily on the growth outlook. Many banks are expected to become more profitable as the economy recovers, but their capacity to lend depends on the size of their capital buffers. However, a number of smaller banks face substantial profitability pressures, highlighting the need to reduce the large stock of nonperforming loans and for further cost cutting and efficiency gains. 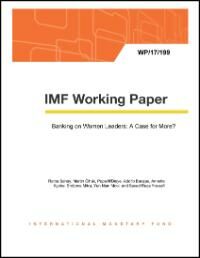 Banking on Women Leaders: A Case for More?
Ms. Ratna Sahay, Mr. Martin Cihak, Mr. Papa M N'Diaye, Mr. Adolfo Barajas, Ms. Annette J Kyobe, Ms. Srobona Mitra, Miss Yen N Mooi, and Mr. Seyed Reza Yousefi
Using a new dataset, we measure the large gap between the representation of men and women in leadership positions in banks and bank supervision agencies worldwide. Women occupied less than 2 percent of bank CEOs positions, and less than 20 percent of the board seats in more than 80 percent of the observations across banks over time. Contrary to common perceptions, many low- and middle-income countries have a higher share of women in bank boards and banking supervision agency boards compared to advanced economies. Econometric analysis suggests that, controlling for relevant bank and country-specific factors, the presence of women as well as a higher share of women on bank boards is associated with greater bank stability, as represented by higher z-scores and lower nonperforming loan ratios. We also examine the share of women on boards of banking supervision agencies by compiling a new dataset. We find that it is associated with greater bank stability. Further research is needed to identify specific mechanisms through which these stability benefits are achieved, and to understand the conditions that have facilitated entry of women into leadership roles in banks and supervision agencies.