Central Bank Reforms in the Baltics, Russia, and the Other Countries of the Former Soviet Union
Mr. Malcolm D. Knight

Since 1991, the 15 countries under review - have to varying degrees, been pursuing reforms whose broad objectives have been to achieve market-based determination of interest rates and exchange rates, manage banking system liquidity through market operations with indirect instruments, and provide the institutional underpinnings for the design and implementation of macroeconomic stabilization and structural reform programs supported by the IMF. This study reviews the experience under these programs and the economic developments in the countries that undertook them. 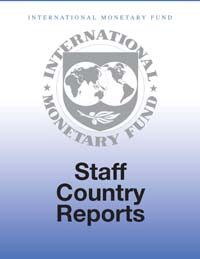 Armenia: Recent Economic Developments
International Monetary Fund
This paper describes economic developments in the Republic of Armenia during 1990s. The lagged effects of the more expansionary stance of late 1996, combined with real shocks in early 1997, especially poor weather, and a loss in the momentum in structural reform, particularly privatization, led to a slowdown in growth to about 3 percent during the first nine months of 1997 compared with the same period in 1996. Inflation, measured by the 12-month increase in consumer prices, rose to 23 percent by end-September 1997 from 16½ percent a year earlier.