The latest in a series of papers published by the International Monetary Fund on economies in transition examines the experience of disinflation in Central and Eastern Europe, the Baltics, Russia, and other countries of the former Soviet Union between 1993 and 1997. The paper reviews the economic policies underlying the dramatic drop in inflation during those years as well as other variables that facilitated the disinflation and notes that the adjustment of fiscal fundamentals as the driving force behind the disinflation, while nominal anchoring arrangements played a less prominent role. This was contrary to developments in countries, for example, in Latin America, that had experienced high inflation for a long period of time.

This study, another in the series focusing on special issues in transition, reviews the experience of output decline and recovery in the 25 countries of eastern and central Europe and the Baltics, Russia, and other countries of the former Soviet Union. Although these countries began the process of economic transformation with similar circumstances of output decline, the extent of decline, its duration, and the sustainability of recovery in growth varied considerably. The authors explore the factors behind this variation and find that the most important policies promoting early and sustained recovery were ones that supported financial stabilization and structural reforms in key areas such as private sector development, the tax system, economic liberalization, and secure property rights. 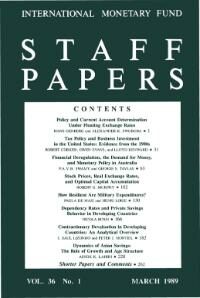 Changes in military expenditure as a share of gross domestic product (MIL/GDP) and of total expenditure (MIL/EX) during IMF-supported programs are examined for two subsamples, broadly divided according to fiscal tightening and fiscal accommodation. Under fiscal tightening, the evidence suggests that MIL/GDP decreases during Fund-supported programs, but that MIL/EX increases, revealing resilience to budgetary adjustments. Under fiscal accommodation, as total government expenditure tends to increase, so does military expenditure; the ratio MIL/EX declines, however, because fewer additional resources are allocated to the military. 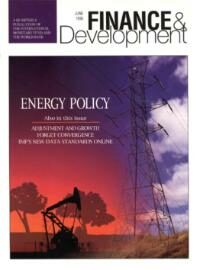 The transition from predominantly socialist ownership and central planning to a market economy with private ownership is a complex process involving profound changes in the political, economic, institutional, legal, and social domains. While there may not be a simple unifying theme to capture this complexity, the quest for economic recovery and sustained growth is certainly an important common thread for all the transition countries. This paper reviews the record of growth performance in 25 countries, comprising central and eastern Europe (CEE) and the Baltics, Russia, and other countries of the former Soviet Union (BRO).

A revival of interest in economic growth in the mid-1980s led to the development of a new wave of models that established a synthesis now known as endogenous growth theory, which has produced a large volume of empirical studies of growth. The first element of this synthesis is the earlier prevailing doctrine on economic growth, the “neoclassical” model of Solow-Swan and Cass-Koopmans from the 1950–60s, which attributed growth to the expansion of capital and labor, augmented by exogenous technological progress. Simple factor input and factor productivity calculations of the sources of growth are based on this paradigm and continue to be used widely, including in many IMF background studies.

By the end of 1992, major results in stabilizing inflation had been achieved only in the Central and Eastern European countries: inflation had dropped below 60 percent in the Czech Republic, Poland, and Slovak Republic (Table 1).2 Hungary had always remained well below this threshold.3 Inflation in the ruble zone was high and rising at this time. It surged dramatically in many countries that exited the ruble zone and established independent currencies and new central banks thereafter.