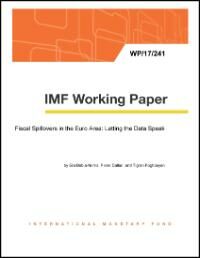 Fiscal Spillovers in the Euro Area: Letting the Data Speak
Ms. Era Dabla-Norris, Pietro Dallari, and Mr. Tigran Poghosyan
We estimate a panel VAR model that captures cross-country, dynamic interlinkages for 10 euro area countries using quarterly data for the period 1999-2016. Our analysis suggests that fiscal spillovers are significant and tend to be larger for countries with close trade and financial links as well, as for fiscal shocks originating from larger countries. The current account appears to be the main channel of transmission, although strong trade integration among countries in the euro area and spillback effects tend to zero-out the net trade impact in some cases. A subsample analysis shows that the effects of fiscal policy have changed over time, with larger estimated domestic multipliers and spillovers between 2011 and 2014.