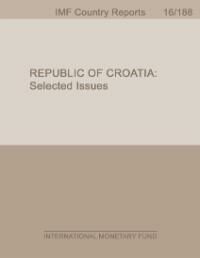 Republic of Croatia: Selected Issues
International Monetary Fund. European Dept.
This paper mainly examines fiscal decentralization, credit-loss recovery, and unemployment in Croatia. The degree of expenditure and revenue decentralization in Croatia appears limited relative to its peers. At about 16 percent of general government spending, subnational government spending in Croatia is modest compared to other southeastern European countries and to the EU-28 average, and particularly low compared to the most decentralized countries in the EU. Croatia’s recovery since late 2014 has been moderate. Croatia’s recession lasted six years and was thus the longest among the new EU member states. Croatia’s structural and cyclical unemployment rates are very high, at about 11.5 percent and 5 percent respectively in 2015.