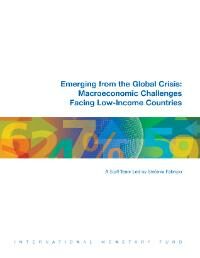 Emerging from the Global Crisis: Macroeconomic Challenges Facing Low-Income Countries
International Monetary Fund
Although the impact of the global crisis has been severe, real per capita GDP growth stayed positive in two-thirds of low-income countries (LICs), unlike in previous global downturns, and in contrast to richer countries. Emerging from the Global Crisis explores how LICS have coped with the global economic crisis. It reviews the impact of the crisis on LICs, domestic policy responses to the crisis, and the precrisis conditions of select countries. The prospects and challenges that LICs face are also considered. Sections of the paper look at growth prospects, policy recommendations, the general macroeconomic outlook, as well as the rebuilding of fiscal buffers. The authors also "stress-test" LICs' exposure to further volatility by using a hypothetical "downside" recovery scenario.