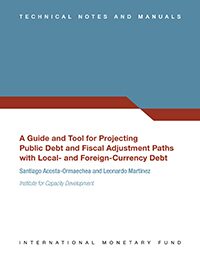 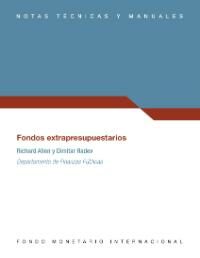 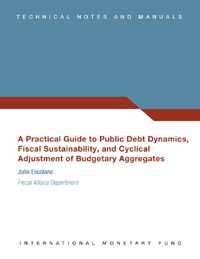 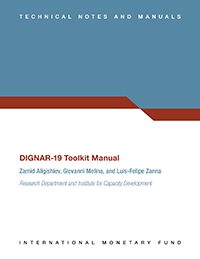 DIGNAR-19 Toolkit Manual
Mr. Zamid Aligishiev, Mr. Giovanni Melina, and Luis-Felipe Zanna
This note is a user’s manual for the DIGNAR-19 toolkit, an application aimed at facilitating the use of the DIGNAR-19 model by economists with no to little knowledge of Matlab and Dynare via a user-friendly Excel-based interface. he toolkit comprises three tools—the simulation tool, the graphing tool, and the realism tool—that translate the contents of an Excel input file into instructions for Matlab/Dynare programs. These programs are executed behind the scenes. Outputs are saved in a separate Excel file and can also be visualized in customizable charts. 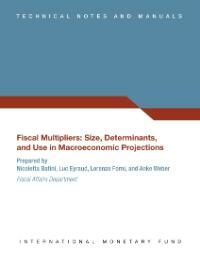 Fiscal Multipliers: Size, Determinants, and Use in Macroeconomic Projections
Nicoletta Batini, Luc Eyraud, Lorenzo Forni, and Anke Weber
Fiscal multipliers are important tools for macroeconomic projections and policy design. In many countries, little is known about the size of multipliers, as data availability limits the scope for empirical research. This note provides general guidance on the definition, measurement, and use of fiscal multipliers. It reviews the literature related to their size, persistence and determinants. For countries where no reliable estimate is available, the note proposes a simple method to come up with reasonable values. Finally, the note presents options to incorporate multipliers in macroeconomic forecasts. 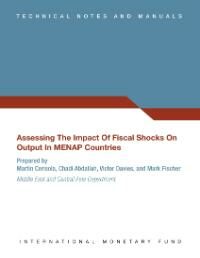 Assessing The Impact Of Fiscal Shocks On Output In MENAP Countries
Mr. Martin D. Cerisola, Mr. Chadi Abdallah, Mr. Victor A Davies, and Mr. Mark Fischer
This note is a reference guide to the econometric work on fiscal multipliers for MENAP countries. Spending and tax multipliers are estimated from conventional VAR models and identified using a sign-restrictions approach. Estimates show that fiscal multipliers tend to be small, except for those associated with government investment spending, which generally exceed unity. For the average MENAP country, fiscal multipliers for current spending, government consumption and government investment spending are 0.5, 0.8, and 1.1,respectively, while the tax revenues multiplier is estimated at around –0.4. There is also significant variation in the size of these multipliers across countries, consistent with differences in economic fundamentals, such as openness to trade and the flexibility of the exchange rate. The estimated multipliers are generally consistent with theoretical priors, and are in line with the evidence from the literature for other economies and categories of spending and taxes. 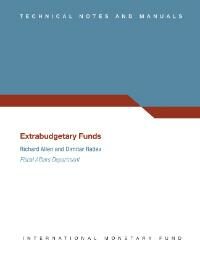 Extrabudgetary Funds
Mr. Dimitar Radev and Mr. Richard I Allen
This technical note1 addresses the following main questions: 1. What are the definition, classification, and typology of extrabudgetary funds (EBFs)? 2. Why do EBFs exist? 3. What are the problems created by EBFs? 4. What are the criteria for evaluating and reforming EBFs? and 5. What are the implications for analysis of fiscal policies and for public financial management (PFM)?

A Guide and Tool for Projecting Public Debt and Fiscal Adjustment Paths with Local- and Foreign-Currency Debt
Mr. Santiago Acosta Ormaechea and Mr. Leonardo Martinez
This guide presents the analytical underpinnings and a user manual for the Excel-based Public Debt Dynamics Tool (DDT). 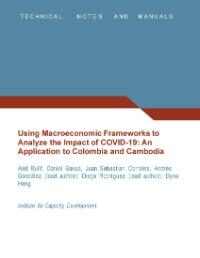 Using Macroeconomic Frameworks to Analyze the Impact of COVID-19: An Application to Colombia and Cambodia
Mr. Ales Bulir, Daniel Baksa, Mr. Juan S Corrales, Andres Gonzalez, Diego Rodriguez, and Dyna Heng
This technical note and manual (TNM) addresses the following issues: • Evaluating the full implications from the policies adopted to mitigate the impact of the COVID-19 pandemic on the economy requires a well-developed macroeconomic framework. This note illustrates how such frameworks were used to analyze Colombia and Cambodia's shock impact at the beginning of the pandemic. • The use of macroeconomic frameworks is not to infer general policy conclusions from abstract models or empirical analysis but to help policymakers think through and articulate coherent forecasts, scenarios, and policy responses. • The two country cases illustrate how to construct a baseline scenario consistent with a COVID-19 shock within structural macroeconomic models. The scenario is built gradually to incorporate the available information, the pandemic's full effects, and the policy responses. • The results demonstrate the value of combining close attention to the data, near-term forecasting, and model-based analyses to support coherent policies. 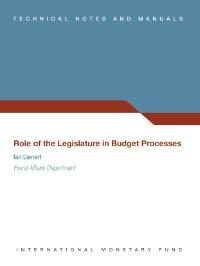 Role of the Legislature in Budget Processes
Mr. Ian Lienert
This paper examines the role of the legislature in budget processes. The paper highlights that for promoting good governance and fiscal transparency, the legislature’s active engagement in the budget process is essential. When fiscal policies and medium-term budgetary objectives are debated in parliament, budget strategies and policies are “owned” more widely. However, more active participation by the legislature runs the risk that fiscal discipline deteriorates. In countries where the legislature has unrestrained budget amendment authority, parliament is prone to introduce changes that increase spending or reduce taxes.