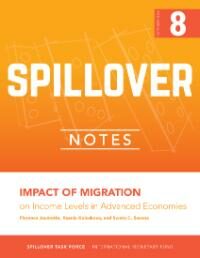 The recent refugee surge has brought attention to the macro-critical policy issue of migration, including speculations that migration can be an unfavorable phenomenon for the receiving economies. A careful examination of the impact of migration on host economies is thus critical. Focusing on the economic impact, most of the academic discussion has centered on the effect of migration on labor markets and public finances. Much less is known about the long-term impact of immigration on the GDP per capita (or the standard of living) of host economies. This note makes three contributions to estimating this impact: it uses a restricted sample of advanced economies rather than a mixed sample of higher- and lower-income host countries, it examines whether the GDP per capita impact varies for different skill levels of migrants, and it goes beyond the aggregate impact of migration on GDP per capita to examine how broadly gains in this regard are shared across the population. In particular, it examines whether migration impacts the income levels of those both at the top and at the bottom of the earnings distribution, or whether gains are instead concentrated in a small group of high earners. It finds that immigration significantly increases GDP per capita in advanced economies, that both high- and lower-skilled migrants can raise labor productivity, and that an increase in the migrant share benefits the average income per capita of both the bottom 90 percent and the top 10 percent of earners, suggesting the gains from immigration are broadly shared.