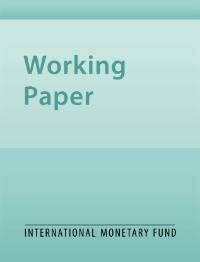 And Schumpeter Said, "This is How Thou Shalt Grow": Further Quest for Economic Growth in Poor Countries
Mr. Philippe Beaugrand
The paper reviews the “stylized facts” on economic growth gathered by Easterly and Levine in their 2001 joint paper and illustrates some of the points made on the basis of data from the IMF’s World Economic Outlook on real growth and per capita GDP since 1970. The data show that the growth performance of many poor countries has been disappointing: most of the “developing” world, especially sub-Saharan Africa, has been getting poorer while the advanced economies have been getting richer. To reverse this trend requires finding ways to raise total factor productivity in poor countries; in turn, this implies letting entrepreneurs innovate—in the Schumpeterian sense—in order to bring about structural changes in the economy. The conclusion highlights several essential steps in creating a favorable environment for innovation and growth.